Anthony Meeker (born March 18, 1939) [1] is a politician in Oregon. He was appointed State Treasurer in 1987. Oregon Governor Neil Goldschmidt appointed him to fill the vacancy created when Bill Rutherford resigned from office. Meeker was elected to a full term in 1988. He had also served in the Oregon House of Representatives and in the Oregon State Senate.

In 1986, Tony Meeker ran for Congress against Democrat Les AuCoin in Oregon's first congressional district. [2] After losing to AuCoin, Meeker returned to the State Senate to continue his fifth term representing citizens in portions of Yamhill and Marion counties. Oregon State Treasurer Bill Rutherford announced he was stepping down to take a position in an investment firm in New York City. [2] On July 9, 1987 Democratic Governor Neil Goldschmidt appointed Meeker, a Republican, to replace Rutherford, also a Republican, to fill the remainder of Rutherford's term. [2] He made a second unsuccessful bid for U.S. Congress in 1992, losing to Elizabeth Furse. To date, he is the most recent Republican to serve as treasurer, all subsequent treasurers have been Democrats. 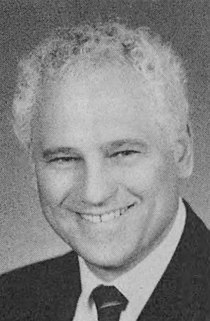 Neil Edward Goldschmidt is an American businessman and Democratic politician from the state of Oregon who held local, state and federal offices over three decades. After serving as the governor of Oregon, Goldschmidt was once considered the most influential figure in the state's politics. His legacy and career were severely damaged by revelations that he had raped a young teenage girl in 1973, during his first term as mayor of Portland.

Vicki Lynn Walker is an American politician. She served as the Oregon State Director for Rural Development with the U.S. Department of Agriculture. A member of the Democratic Party, Walker previously served in both houses of the Oregon Legislature and briefly served as chair of the state's parole board. Walker is known as an advocate for utility customers and as an outspoken critic of influential former Governor Neil Goldschmidt.

The Oregon House of Representatives is the lower house of the Oregon Legislative Assembly. There are 60 members of the House, representing 60 districts across the state, each with a population of 65,000. The House meets at the Oregon State Capitol in Salem.

The following table indicates the parties of elected officials in the U.S. state of Idaho:

The following table indicates the party of elected officials in the U.S. state of Nebraska :

The following table indicates the party of elected officials in the U.S. state of New Mexico:

The following table indicates the party of elected officials in the U.S. state of South Dakota:

The following tables indicate the historic party affiliation of elected officials in the U.S. state of Wyoming including: *Governors, Secretaries of State, State Auditors, State Treasurers and Superintendents of Public Instruction. The tables also indicate the historical party composition in the: State Senate, State House of Representatives, State delegation to the United States Senate and State delegation to the United States House of Representatives. For years in which a United States presidential election was held, the tables indicate which party's nominees received the State's electoral votes. Prior to statehood in 1889, there were fewer elected offices, as indicated.

Howard C. Belton was an American farmer from the state of Oregon. A native of Algona, Iowa, he served as the nineteenth Treasurer of the State of Oregon after appointment by Oregon Governor Mark O. Hatfield. A Republican, he had previously served one term in the Oregon House of Representatives and five terms in the Oregon State Senate.

The 2011 United States elections were held on Tuesday, November 8. This was an off-year election, in which the only seats up for election in the United States Congress were special elections. There were also four gubernatorial races, including a special election in West Virginia. There were also state legislative elections in four states and judicial elections in three states; as well as numerous citizen initiatives, mayoral races, and a variety of other local offices on the ballot.

Beverly A. Clarno is an American politician serving as the 27th Oregon Secretary of State. She is the only Republican statewide official in Oregon. Clarno previously served as a member of the Oregon House of Representatives and Oregon State Senate.

The 1980 Oregon United States Senate election was held on November 4, 1980 to select the U.S. Senator from the state of Oregon. Republican candidate Bob Packwood was re-elected to a third term, defeating Democratic state senator Ted Kulongoski and Libertarian Tonie Nathan. 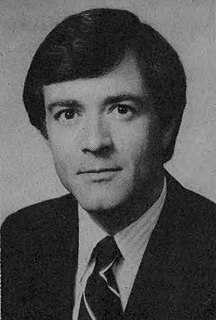 William D. Rutherford is an American Republican politician who served as Oregon State Treasurer from 1984 until 1987.