Tony Sperandeo (born 8 May 1953) is an Italian actor of cinema and television. Sperandeo is notable for frequently playing the roles of tough characters from his native region, Sicily. As of 2011, he was working on La Nuova Squadra, a police drama televised by Rai Tre, as the Superintendent Salvatore Sciacca.

He was born Gaetano Sperandeo in Palermo. [1]

In 1983, his acting career began with a small part in the film Kaos , directed by the Taviani brothers. In 1985, he landed a role in a cinematographic film Pizza Connection , by Damiano Damiani. He also acted in four of the sequels of the popular television drama, "La piovra", which is about the Mafia and had a little role in The Sicilian of Michael Cimino. He has appeared in many other Italian films, the most notable being La scorta ("The escort") by Ricky Tognazzi, as well as "Ragazzi fuori" and "Mery per sempre", the latter two set in his home town of Palermo. They are both directed by Marco Risi.

In 2001, Sperandeo won the David di Donatello award for Best Supporting Actor in "I cento passi" ("One Hundred Steps"), directed by Marco Tullio Giordana, about the story of Peppino Impastato in which he played the role of Mafia boss Tano Badalamenti.

He was married to actress Rita Barbanera (1968–2001), by whom he has two children, Tony and Priscilla. Sperandeo met her on the set of Mery per sempre, the film in which he was working at the time. They performed together in one film, La discesa di Aclà a Floristella in 1992. Rita was primarily a stage actress.

On April 27 2001, Rita Barbanera committed suicide by jumping off the balcony at their home in Palermo. [2] She was thirty-two years old.

Tommaso Buscetta was an Italian mobster, a member of the Sicilian Mafia, who became one of the first of its members to turn informant (pentito) and explain the inner workings of the organization. 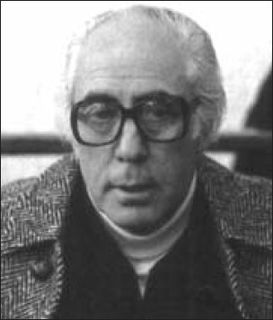 Giuseppe "Pippo" Calò is an Italian mobster and member of the Sicilian Mafia in Porta Nuova. He was referred to as the "cassiere di Cosa Nostra" because he was heavily involved in the financial side of organized crime, primarily money laundering. He was arrested in 1985 and charged with ordering the murder of Roberto Calvi – nicknamed "Il banchiere di Dio" – of the Banco Ambrosiano in 1982, but was acquitted in 2007 due to "insufficient evidence" in a surprise verdict. After Calò was sentenced to 23 years' imprisonment as part of the 1986/87 Maxi Trial, he was sentenced to life imprisonment in 1989 for organising the 1984 Train 904 bombing. He was given several further life sentences between 1995 and 2002. 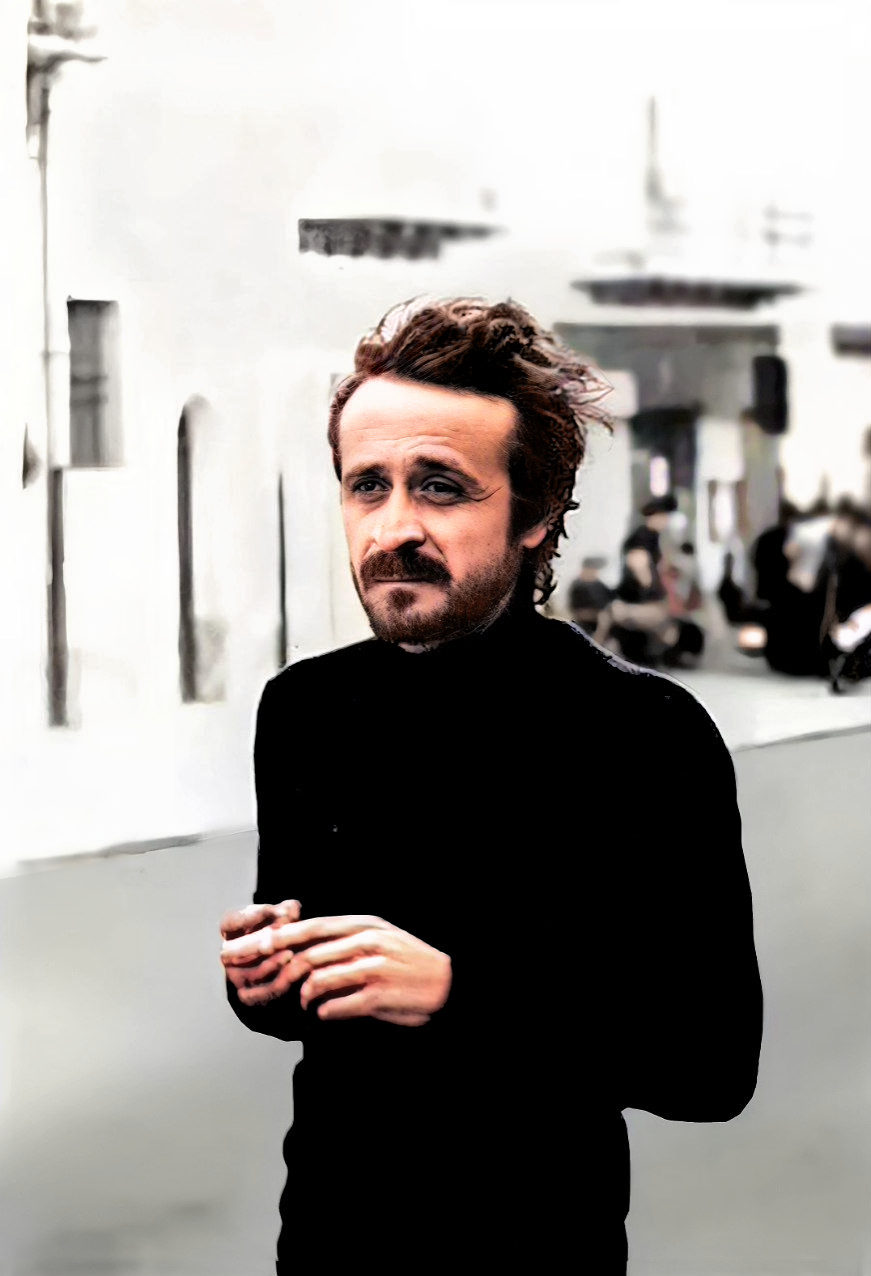 Giuseppe "Peppino" Impastato, was an Italian political activist who opposed the Mafia, which ordered his murder in 1978. 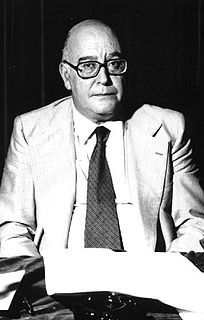 The Sicilian Mafia Commission, known as Commissione or Cupola, is a body of leading Sicilian Mafia members to decide on important questions concerning the actions of, and settling disputes within the Sicilian Mafia or Cosa Nostra. It is composed of representatives of a mandamento that are called capo mandamento or rappresentante. The Commission is not a central government of the Mafia, but a representative mechanism for consultation of independent Mafia families who decide by consensus. "Contrary to the wide-spread image presented by the media, these superordinate bodies of coordination cannot be compared with the executive boards of major legal firms. Their power is intentionally limited [and] it would be entirely wrong to see in the Cosa Nostra a centrally managed, internationally active Mafia holding company," according to criminologist Letizia Paoli. 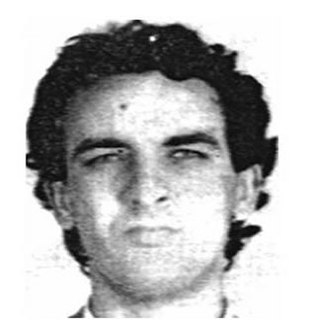 Vito Badalamenti is a member of the Sicilian Mafia. He was on the "Italy's most wanted list" from 1995 until 2012 when the statute of limitations was declared expired. 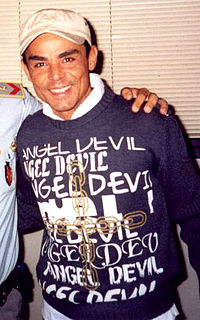 Francesco Benigno, is an Italian actor of television, cinema and theatre. He is also a singer, and has directed a short film for which he won the Grifoni D'argento Award.

Boys on the Outside is a 1990 Italian drama film directed by Marco Risi in the neo-neorealistic style and written by Aurelio Grimaldi. Released in 1990, it is the sequel to the 1989 film Forever Mery. It stars Francesco Benigno, Alessandro Di Sanzo and Salvatore Termini.

Alessandra Di Sanzo, born 26 August 1969, is an Italian actress best known for her portrayal of the teenage transvestite prostitute Mario Libassi, nicknamed Mery in Marco Risi's dramatic film, Mery per sempre, which was released in 1989 and where she made her acting debut. She received a European Film Award nomination in 1989 for Best Supporting Actor for her performance. Di Sanzo played the same role in Risi's sequel, "Ragazzi fuori", released the following year. As in Mery per sempre, the film was set in Palermo, Sicily and it starred Sicilian actor Francesco Benigno. 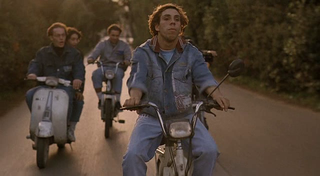 Salvatore Termini is an Italian actor best known for his role as "Giovanni Trapani", nicknamed "King Kong", in two Italian language dramatic films directed by Marco Risi, "Mery per sempre", in which Termini made his acting debut, and its sequel, "Ragazzi fuori". They were both set in Palermo where Termini was born. He grew up in the bleak, economically deprived quarter of ZEN which features prominently in "Ragazzi Fuori". 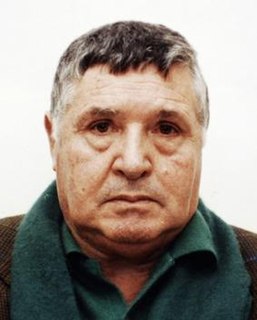 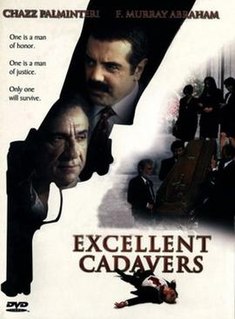 Excellent Cadavers is a 1999 television film directed by Ricky Tognazzi.

Sebastiano Lo Monaco is an Italian actor of theatre, cinema and television.

Taodue is an Italian film and television production company in the Mediaset group. It was founded by Pietro Valsecchi and Camilla Nesbitt in 1991.

Mario Donatone was an Italian actor.