Tony Yazbeck is an American actor, singer, and dancer best known for his work on the Broadway stage including the revival of On the Town for which he received 2015 Tony Award and Outer Critics Circle Award nominations for lead actor in a musical. Yazbeck is also known for his principal roles on Broadway including J.M. Barrie in the Broadway production of Finding Neverland , Tulsa in Gypsy starring Patti LuPone, Billy Flynn in Chicago, Phil Davis in White Christmas, Al Deluca in A Chorus Line and the original casts of Broadway's Never Gonna Dance and Oklahoma (2002 revival). In 2014 he appeared in a concert version of Kiss Me, Kate with the John Wilson Orchestra at the Royal Albert Hall, London as part of that season's Promenade Concerts. In 2020, Yazbeck will originate a leading role in the new musical Flying Over Sunset, directed by James Lapine. The production will begin in 2021 at the Vivian Beaumont Theatre. Production delayed because of the Covid 19 shutdown of Broadway. [1]

Yazbeck made his Broadway debut at the age of eleven playing a newsboy in the revival of Gypsy starring Tyne Daly. On television he was featured on NBC's Smash , and he appeared in the feature documentary Every Little Step about the casting process for the 2006 revival of A Chorus Line on Broadway. Yazbeck is on the board of the YOUNG/ARTS program of the National Foundation for Advancement in the Arts.

Born in Riverside, California, he grew up in Pennsylvania and Florida before moving to New York. He attended University of Cincinnati College-Conservatory of Music and Point Park University.

Yazbeck is of Lebanese descent through his father, and has German, Irish, Ukrainian and Romanian ancestry on his mother's side. [3] 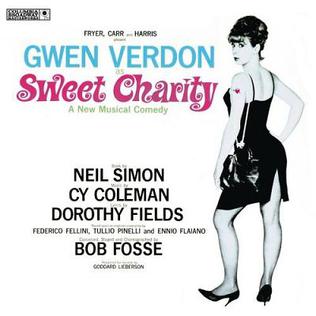 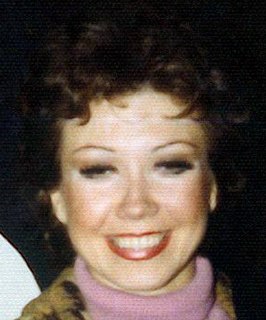 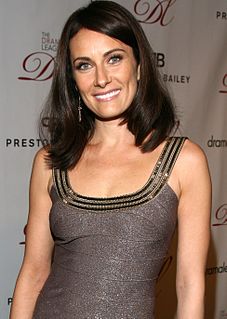 Mara Davi is an actress, singer and dancer who made her Broadway debut as Maggie Winslow in the 2006 revival of A Chorus Line.

Lillias White is an American actress and singer. She is particularly known for her performances in Broadway musicals. In 1989 she won an Obie Award for her performance in the Off-Broadway musical Romance in Hard Times. In 1997 she won the Tony Award for Best Featured Actress in a Musical and Drama Desk Award for Outstanding Featured Actress in a Musical for portraying Sonja in Cy Coleman's The Life. She was nominated for a Tony Award again in 2010 for her work as Funmilayo in Fela Kuti's Fela!.

Chryssie Whitehead is an American actress, singer and dancer on Broadway, film and television.

Jessica Lee Goldyn is an American Broadway actress who performed in the revival of A Chorus Line as Val. She played the lead role of Cassie from August 10, 2006 opposite Mario Lopez who played the character Zack, until the show ended its Broadway revival run on August 17, 2008. Goldyn had been an understudy for the lead character of Cassie.

Luis Salgado is a Puerto Rican performer, director, choreographer, and producer. His career has led him to Broadway, film, television, and stages around the world. He served as associate director and choreographer of Cirque du Soleil's Paramour that opened April 16, 2019 at the Neue Flora theatre in Hamburg, Germany. He has worked with directors, choreographers and performers such as Andy Blankenbuehler, Jerry Mitchell, Sergio Trujillo, Lin-Manuel Miranda, Patti LuPone, Laura Benanti, Patrick Dempsey and Diego Luna.

Jay Armstrong Johnson is an American actor, singer, and dancer, known for his portrayal of Will Olsen in the ABC television series Quantico and starring roles on Broadway in musicals, including On the Town and The Phantom of the Opera.