Too Much Guitar is the third album by the Reigning Sound. It was released in 2004 by In the Red Records. Originally, bandleader Greg Cartwright toyed with the idea of calling the album PILL-POPPING MOM ONLY TAKING WHAT SHE NEEDS TO GET BY, a headline which he had seen in a Commercial Appeal medical advice column, but scrapped the idea when the album began to change direction musically. 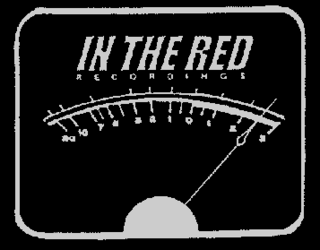 In the Red Records is an independent record label in Los Angeles, California, formed in 1991 by Larry Hardy. It is known for hosting garage rock related bands on its label.

The album was recorded after original member and guitarist/keyboard player Alex Greene left the band in 2003, leaving lead vocalist and guitarist Greg Cartwright, bassist Jeremy Scott, and drummer Greg Roberson to carry the album through to completion as a three-piece.

Greg Cartwright, also known by his stage name Greg Oblivian, is an American singer, songwriter, and guitarist from Memphis, Tennessee. He currently fronts Reigning Sound and is signed to Merge Records. After moving away from Memphis in the mid-2000s, he has since lived with his family in Asheville, North Carolina. Cartwright is also a founding member of the Memphis '90s garage bands The Compulsive Gamblers, The Oblivians and Greg Oblivian & the Tip Tops.

The album contains ten original songs written by the band and four cover songs recorded while the band split their time laying down tracks in Memphis and Asheville, North Carolina. Several tracks were recorded at Cartwright's own now-defunct record store, Legba Records, in Memphis, Tennessee. The album was engineered by Lost Sounds bandmates Jay Reatard and Alicja Trout.

James Lee Lindsey Jr., better known by the stage name Jay Reatard, was an American musician from Memphis, Tennessee. Lindsey was signed to Matador Records. He released recordings as a solo artist and as a member of the Reatards and Lost Sounds. 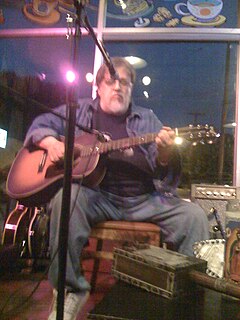 James Luther Dickinson was an American record producer, pianist, and singer who fronted, among others, the band Mud Boy and the Neutrons, based in Memphis, Tennessee.

Sympathy Sessions is the first compilation album released by the Oblivians. It was released on April 5, 1996 by Sympathy for the Record Industry. The album is a collection of two prior 10-inch releases, Never Enough and Six of the Best, as well as four additional single sides, all of which were recorded for and released by the label Sympathy for the Record Industry, hence the title.

Goner Records is an independent record label and record store co-owned by Eric Friedl of The Oblivians and Zac Ives and is based in Memphis, Tennessee. It is known for releasing albums by punk and garage rock bands such as the King Khan & BBQ Show and the late Jay Reatard. The label also hosts Goner Fest, an annual Memphis music festival.

Compulsive Gamblers were an American garage rock group formed in Memphis, Tennessee, United States, in 1990 by Greg Cartwright and Jack Yarber, both future members of the Oblivians.

'68 Comeback is an American garage rock band formed in Memphis, Tennessee in 1992 by singer, songwriter, and musicologist, Jeffrey Evans. For the purposes of the band, Jeffrey Evans is frequently billed as either "Monsieur Evans" or "Monsieur Jeffrey Evans." The group contains a revolving cast of musicians, the only constant member being Evans himself.

Gambling Days Are Over is the debut album by the Compulsive Gamblers. It was released in 1995 by Sympathy for the Record Industry. The album, with the exception of the last three songs, was recorded on an 8-track recorder in vocalist Jack Oblivian's apartment. The album was released after the band had already broken up, and was essentially a collection of the groups three 7-inch releases, "Church Goin'," "Joker," and Goodtime Gamblers." During the recording of the album the Compulsive Gamblers lineup consisted of Jack Oblivian and Greg Oblivian on guitar and vocals, Bushrod Thomas on drums, Fields Trimble on bass, and Greg Easterly on violin. The first three songs on the album are cover songs reflecting the band's diverse influences; the album contains covers by The Tornados, the Bar-Kays, and Tom Waits. The song "Sour and Vicious Man" was covered by Jay Reatard of the Reatards on their third album, "Not Fucked Enough."

Time Bomb High School is the second album by the Reigning Sound. It was released in 2002 on In the Red Records. The album featured the original Reigning Sound lineup of Greg Cartwright on lead vocals and guitar; Alex Greene on organ, piano, guitar, and backing vocals; Jeremy Scott on bass, and backing vocals; and Greg Roberson on drums. Howlin' Pelle Almqvist of The Hives commented in Rolling Stone that Time Bomb High School was his favorite record of 2002. 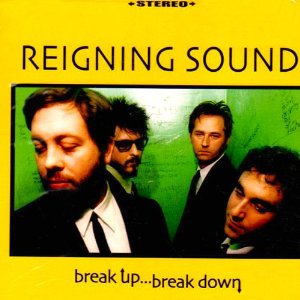 Break Up, Break Down is the first studio album by the Reigning Sound. It was released on May 15, 2001 by Sympathy for the Record Industry. The album was the band's second release, following their debut 7" single "Two Sides to Every Man," by three months. Its country-folk melodies stood in stark contrast to some of frontman Greg Cartwright's earlier work with bands such as the Compulsive Gamblers and the Oblivians, and set an early blueprint for the sound the band would explore on their subsequent releases. Break Up, Break Down featured the first incarnation of the Reigning Sound; Greg Cartwright on lead vocals and guitar; Alex Greene on organ, piano, guitar, and backing vocals; Jeremy Scott on bass and backing vocals; and Greg Roberson on drums. 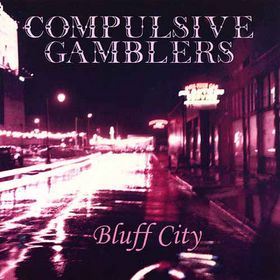 Live & Deadly: Memphis–Chicago is a live album recorded by the Compulsive Gamblers. It is the fourth and final album issued by the band, released on April 15, 2003 by the independent record label Sympathy for the Record Industry. The album contains 16 tracks recorded during two May 2002 performances, one in Memphis, Tennessee, and the other in Chicago, Illinois. Live & Deadly was released just prior to the second, and so far final, time the Compulsive Gamblers disbanded. The album contains cover songs by the Bar-Kays, Tom Waits, and Nolan Strong & The Diablos. The song "Sour and Vicious Man" was in turn covered by The Reatards on their third album, Not Fucked Enough.

Snowglobe (band) is an American musical group based in the southern United States. While their music covers a range of styles and genres, they are generally referred to as an indie rock group. The band has had a rotating cast over the years, but the primary members are currently Brad Postlethwaite, Nahshon Benford, Jeff Hulett (drums), Tim Regan, Brandon Robertson (bass), and Luke White.

Home for Orphans is a compilation album by the Reigning Sound. It was released in 2005 on Sympathy for the Record Industry. The album features the original Reigning Sound lineup of Greg Cartwright on lead vocals and guitar; Alex Greene on organ, piano, guitar, and backing vocals; Jeremy Scott on bass, and backing vocals; and Greg Roberson on drums.. This album mainly consists of slower, moodier outtakes from the Too Much Guitar recording sessions, as well as a some covers, including "Without You," a Gene Clark cover. An alternate version of "If Christmas Can't Bring You Home", a Reigning Sound original holiday song, also appears.

The Oblivians are an American garage punk trio that has existed since 1993. In the 1990s, their blues-infused brand of bravado, crudely recorded music made them one of the most popular and prominent bands within the underground garage rock scene.

The Reatards were an American garage punk band formed in Memphis, Tennessee, in 1995. Originally a one-man project by guitarist Jay Reatard, the group's sound was marked by raw, stripped-down instrumentals and lo-fi recording quality. After distributing privately pressed cassettes and EPs, most notably Fuck Elvis, Here's the Reatards, the band released their debut album Teenage Hate in 1998, followed by Grown Up, Fucked Up a year later. By 1999, the group only sporadically performed as Reatard began exploring other endeavors, but in 2005 he reformed the band for their third and final studio album. Much of the Reatards' discography remains a subject of interest, leading to reissues of their work years later.