Top Eleven is an online football manager simulation developed and published by Nordeus in May 2010, and is available on both Google Play Store and the App Store.

The game can also be played on Facebook and it allows players to play against their friends. The game was conceived in order to address a lack of football management games in the social media environment. The game builds on the concepts and gameplay found in games like Sports Interactive's Football Manager and Electronic Arts' Premier Manager that have managed to engage millions of football fans, and giving them access to social features. Top Eleven Football Manager has managed to transfer the look and feel of desktop applications to Facebook.

Two years after being launched on Facebook, Top Eleven was launched on one of the biggest Russian social networks, Odnoklassniki. [3] According to the statistics from Facebook, there were more than 15 million monthly users in 2014.

In 2013, Nordeus introduced José Mourinho as the official "face of the game". Since then players can challenge Mourinho in game and get some tips from him.

Since it is a mobile game which people can download and play for free, Nordeus took advantage of advertisements. Users have a choice whether or not to watch them, for which they are rewarded for watching. [6]

A mobile game is a game played on a mobile phone, tablet, smartwatch, PDA, portable media player or graphing calculator. The earliest known game on a mobile phone was a Tetris variant on the Hagenuk MT-2000 device from 1994.

Paltalk is a proprietary video group chat service that enables users to communicate via video, internet chat and voice. It offers chat rooms and the ability for users to create their own public virtual chat room. Paltalk Desktop is available on macOS and Windows, and Paltalk Video Chat App is available for Android and iOS. While basic services are free of charge and basic software is free to download, fee-based memberships and paid upgrades to more capable paid versions are offered by AVM Software, the creators of Paltalk.

Odnoklassniki, is a social network service for classmates and old friends. It is especially used in Russia and former Soviet Republics. The site was developed by Albert Popkov and launched on March 4, 2006.

Angry Birds is a 2009 casual puzzle video game developed by Rovio Entertainment. Inspired primarily by a sketch of stylized wingless birds, the game was first released for iOS and Maemo devices in December 2009. Since that time, over 12 million copies of the game have been purchased from the iOS App Store, which prompted the developer to design versions for other touchscreen-based smartphones, most notably Android, Symbian, Windows Phone, and BlackBerry 10 devices. The series has since expanded to include titles for dedicated video game consoles and PCs. A sequel, Angry Birds 2, was released in July 2015 for iOS and Android.

Real Madrid Fantasy Manager is a football club management game developed by From The Bench. The game is available on Facebook, iPhone and Android platforms.

BlueStacks is an American technology company that produces the BlueStacks App Player and other cloud-based cross-platform products. The BlueStacks App Player is designed to enable Android applications to run on PCs running Microsoft Windows and Apple's macOS. The company was founded in 2009 by Jay Vaishnav, Suman Saraf, and Rosen Sharma, former CTO at McAfee and a board member of Cloud.com.

Google Play, formerly Android Market, is a digital distribution service operated and developed by Google. It serves as the official app store for devices running on "Google certified" Android operating system, allowing users to browse and download applications developed with the Android software development kit (SDK) and published through Google. Google Play also serves as a digital media store, offering music, books, movies, and television programs. It previously offered Google hardware devices for purchase until the introduction of a separate online hardware retailer, Google Store, on March 11, 2015, and it also offered news publications and magazines before the revamp of Google News on May 15, 2018. 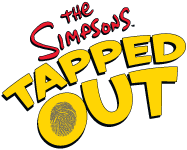 The Simpsons: Tapped Out is a freemium city-building mobile game for iOS and Android, based on the American animated series The Simpsons. It allows users to create and maintain their own version of Springfield using familiar characters and buildings. The game is regularly updated with new content, often season and holiday themed, for example during holidays like Thanksgiving, and Treehouse of Horror episodes-related content for Halloween. The game is available in several languages such as English, French, Turkish, Italian, German, Simplified Chinese, Peninsular Spanish and both European Portuguese and Brazilian Portuguese. The game was developed and published by EA Mobile and launched in Europe on February 29, 2012 and in North America on March 1, 2012 for iOS and February 6, 2013 for Android. The game was released for Kindle Fire devices in several markets on June 24, 2013.

4 Pics 1 Word is a word puzzle game created by LOTUM GmbH, available for free on Android and iOS.

Candy Crush Saga is a free-to-play match-three puzzle video game released by King on April 12, 2012, for Facebook; other versions for iOS, Android, Windows Phone, and Windows 10 followed. It is a variation of their browser game Candy Crush.

KamaGames is a game developer and publisher of mobile and social-network games, including Pokerist Texas Poker.

QuizUp is a mobile game originally developed and published by Iceland-based Plain Vanilla Games, and now operated by Glu Mobile. The game is a mobile trivia app similar to the game Trivial Pursuit. QuizUp is a multiplayer game in which one user competes against another during seven rounds of timed multiple-choice questions of various topics. There are over 1,200 total topics available to users to choose from, and all the questions are voluntarily submitted by content contributors. Most topics are available in different languages.

Jelly Splash is a match-three puzzle video game released by the developer Wooga on 15 August 2013 on iPad and iPhone. It was later released on Facebook and Android, as well as the Korean social network platform KakaoTalk in November 2013.

Imperia Online JSC is a Bulgarian game production and publishing company founded by Moni Dochev and Dobroslav Dimitrov. Based in Sofia, Bulgaria, the company originally concentrated primarily on browser-based games with their main title being Imperia Online, but later started developing mobile games as well.

Madden NFL Mobile is an American football mobile sports game based on the National Football League, developed and published by Electronic Arts. An entry in the Madden NFL series, the game was released for Android and iOS devices on August 26, 2014. 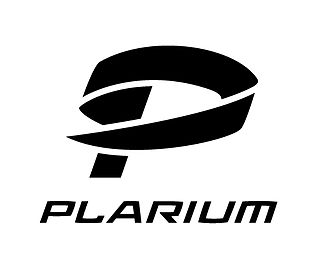 Plarium is an Israeli mobile, social, and web-based game developer and publisher, known for Massively multiplayer online games, including Raid: Shadow Legends, Vikings: War of Clans, Terminator Genisys: Future War, Soldiers, Inc., Sparta: War of Empires, Stormfall, Total Domination, and Throne: Kingdom at War. Founded in 2009, Plarium is headquartered in Herzliya, Israel with offices in Israel, Russia, Ukraine, UK, and the United States. The company's social games are available on Facebook, Vkontakte, Odnoklassniki and Mail.Ru, and its mobile games are available on iOS and Android devices. 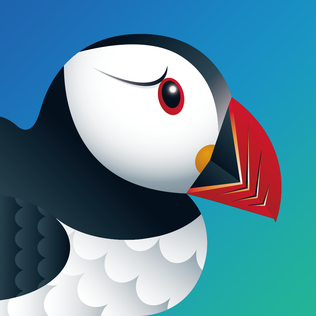 Dragon City is a free-to-play social network game developed and published by Socialpoint. It was released on Facebook on May 8, 2012, iOS on March 21, 2013, and Android on July 3, 2013. In August 2013, the game was also released on Intel Atom tablets for Android.

The history of mobile games began as early as 1997 with the introduction of Snake on Nokia smartphones, demonstrating the popularity of games on these devices, but due to the numerous number of vendors and middleware protocols, game development was hampered by the lack of standardization.