Last updated November 26, 2022
Environment in which a piece of software is executed

A computing platform or digital platform [1] is an environment in which a piece of software is executed. It may be the hardware or the operating system (OS), even a web browser and associated application programming interfaces, or other underlying software, as long as the program code is executed with it. Computing platforms have different abstraction levels, including a computer architecture, an OS, or runtime libraries. [2] A computing platform is the stage on which computer programs can run.

A platform can be seen both as a constraint on the software development process, in that different platforms provide different functionality and restrictions; and as an assistant to the development process, in that they provide low-level functionality ready-made. For example, an OS may be a platform that abstracts the underlying differences in hardware and provides a generic command for saving files or accessing the network.

Platforms may also include:

Some architectures have multiple layers, with each layer acting as a platform to the one above it. In general, a component only has to be adapted to the layer immediately beneath it. For instance, a Java program has to be written to use the Java virtual machine (JVM) and associated libraries as a platform but does not have to be adapted to run for the Windows, Linux or Macintosh OS platforms. However, the JVM, the layer beneath the application, does have to be built separately for each OS. [8]

In computing, a virtual machine (VM) is the virtualization/emulation of a computer system. Virtual machines are based on computer architectures and provide functionality of a physical computer. Their implementations may involve specialized hardware, software, or a combination. Virtual machines differ and are organized by their function, shown here:

In computing, cross-platform software is computer software that is designed to work in several computing platforms. Some cross-platform software requires a separate build for each platform, but some can be directly run on any platform without special preparation, being written in an interpreted language or compiled to portable bytecode for which the interpreters or run-time packages are common or standard components of all supported platforms.

Mozilla Firefox, or simply Firefox, is a free and open-source web browser developed by the Mozilla Foundation and its subsidiary, the Mozilla Corporation. It uses the Gecko rendering engine to display web pages, which implements current and anticipated web standards. In November 2017, Firefox began incorporating new technology under the code name Quantum to promote parallelism and a more intuitive user interface. Firefox is available for Windows 7 and later versions, macOS, and Linux. Its unofficial ports are available for various Unix and Unix-like operating systems, including FreeBSD, OpenBSD, NetBSD, illumos, and Solaris Unix. It is also available for Android and iOS. However, as with all other iOS web browsers, the iOS version uses the WebKit layout engine instead of Gecko due to platform requirements. An optimized version is also available on the Amazon Fire TV, as one of the two main browsers available with Amazon's Silk Browser.

In computer security, a sandbox is a security mechanism for separating running programs, usually in an effort to mitigate system failures and/or software vulnerabilities from spreading. The isolation metaphor is taken from the idea of children who do not play well together, so each is given their own sandbox to play in alone. It is often used to execute untested or untrusted programs or code, possibly from unverified or untrusted third parties, suppliers, users or websites, without risking harm to the host machine or operating system. A sandbox typically provides a tightly controlled set of resources for guest programs to run in, such as storage and memory scratch space. Network access, the ability to inspect the host system, or read from input devices are usually disallowed or heavily restricted.

Netscape Plugin Application Programming Interface (NPAPI) is an application programming interface (API) of the web browsers that allows plugins to be integrated.

The following is a timeline of virtualization development. In computing, virtualization is the use of a computer to simulate another computer. Through virtualization, a host simulates a guest by exposing virtual hardware devices, which may be done through software or by allowing access to a physical device connected to the machine.

Microsoft Silverlight is a discontinued application framework designed for writing and running rich web applications, similar to Adobe's runtime, Adobe Flash. A plugin for Silverlight is still available for a very small number of browsers. While early versions of Silverlight focused on streaming media, later versions supported multimedia, graphics, and animation, and gave support to developers for CLI languages and development tools. Silverlight was one of the two application development platforms for Windows Phone, but web pages using Silverlight did not run on the Windows Phone or Windows Mobile versions of Internet Explorer, as there was no Silverlight plugin for Internet Explorer on those platforms. 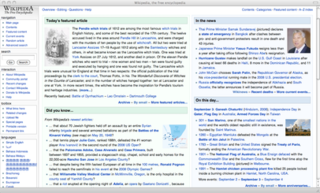 A site-specific browser (SSB) is a software application that is dedicated to accessing pages from a single source (site) on a computer network such as the Internet or a private intranet. SSBs typically simplify the more complex functions of a web browser by excluding the menus, toolbars and browser chrome associated with functions that are external to the workings of a single site. These applications are typically started by a desktop icon which is usually a favicon.