Tore Sagen (born November 7, 1980) is a Norwegian comedian, radio host and actor. [1] He is best known for his role as the co-host and technician of Radioresepsjonen. Willie Colon is a former American football player. He was drafted by the Pittsburgh Steelers in the fourth round of the 2006 NFL Draft. He was part of the Steelers' Super Bowl XLIII victory over the Arizona Cardinals. He played college football at Hofstra University. He currently works for Barstool Sports.

Churchill Park is a multi-purpose stadium in Lautoka, Fiji. It is currently used mostly for football matches and hosts the home matches of Lautoka F.C. The Stadium also hosts International Rugby matches such as the Pacific Nations Cup and the Pacific Rugby Cup as well as local rugby competitions such as the Colonial Cup and the Sanyo Cup. The stadium held 18,000 people but in 2016, they added athletic tracks and tore down the other side of the Stadium thus reducing capacity to less than 10,000.

Tore Strømøy is a Norwegian journalist, television presenter and talk show host and former racewalker. He is best known for his talk show Tore på sporet which he hosted for 17 years between 1996 and 2013.

Georg Schramm is a German psychologist and Kabarett artist. He was a host of the Kabarett shows Scheibenwischer and Neues aus der Anstalt.

Deutsche Sagen is a publication by the Brothers Grimm, appearing in two volumes in 1816 and 1818. The collection includes 579 short summaries of German folk tales and legends.

Switzerland participated in the Eurovision Song Contest 2013 held in Malmö, Sweden. The Swiss national final took place on 15 December 2012, where each of their regional broadcasters presented a number of songs, with the winner being decided by televoting.

Hakan Çalhanoğlu is a Turkish professional footballer who plays as a winger for Milan and a midfielder for the Turkey national team.

The 2013 UEFA European Under-19 Championship elite round is the second round of qualification for the 2013 UEFA European Under-19 Championship final tournament. The 25 teams that advanced from the first qualification round, plus three teams that received byes to the elite round, were distributed into seven groups of four teams, with one of the teams hosting all six group matches in a round-robin format. The seven group-winning teams will qualify automatically for the final tournament.

The 2014 UEFA European Under-19 Championship was the 13th edition of the UEFA European Under-19 Championship since its reclassification from an under-18 event in 2002, and the 63rd since the tournament was created in 1948. Hungary was chosen to host the final tournament, which was staged from 19 to 31 July 2014 in four cities – Budapest, Felcsút, Győr and Pápa. It was the second time that the country held this tournament, having previously hosted it in 1990. Players born after 1 January 1995 were eligible to participate in this competition. 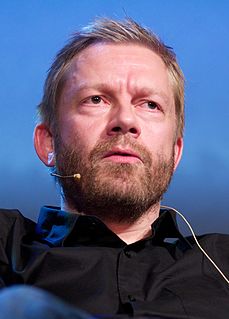 Bjarte Tjøstheim is a Norwegian comedian, radio host and actor. He is best known for his appearance as sidekick in the popular Norwegian radio show Radioresepsjonen, which has been running on NRK since 2006.

Steinar Sagen is a Norwegian comedian, radio host and actor. He is one of the presenters of Radioresepsjonen. 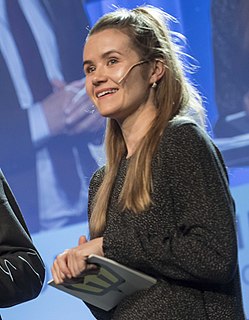 Live Johnsrud Nelvik is a Norwegian radio and television presenter and actress.