Trevor William Sykes (born 14 September 1937) [1] is an Australian finance journalist who until his retirement in 2005 wrote the Pierpont column in the Australian Financial Review. [2]

He also wrote a number of books on prominent Australian corporate collapses and goings on. [3]

Paul John Kelly is an Australian political journalist, author and television and radio commentator from Sydney. He has worked in a variety of roles, principally for The Australian newspaper, and is currently its Editor-at-large. Kelly also appears as a commentator on Sky News and has written seven books on political events in Australia since the 1970s including on the 1975 Australian constitutional crisis. Recent works include, The March of Patriots, which chronicles the creation of a modern Australia during the 1991–2007 era of Prime Ministers, Paul Keating and John Howard, and Triumph & Demise which focuses on the leadership tensions at the heart of the Rudd-Gillard Labor Governments of 2007–2011. Kelly presented the Australian Broadcasting Corporation (ABC) TV documentary series, 100 Years – The Australian Story (2001) and wrote a book of the same title.

Alan Bond was an English-born Australian businessman noted for his high-profile and often corrupt business dealings. These included his central role in the WA Inc scandals of the 1980s, and what was at the time the biggest corporate collapse in Australian history and also for his criminal conviction that saw him serve four years in prison. He is also remembered for bankrolling the successful challenge for the 1983 America's Cup, the first time the New York Yacht Club had lost it in its 132-year history.

Christopher Charles Skase was an Australian businessman who later became one of his country's most wanted fugitives, after his business empire crashed spectacularly and he fled to Majorca, Spain.

Craig Mathieson is an Australian music journalist and writer. His books include, Hi Fi Days (1996), The Sell-In in (2000) and the 100 Best Australian Albums in 2010, with Toby Creswell and John O'Donnell

John William Michael Field is an Australian composer and songwriter. He was a founding mainstay member of the Sydney pub rock band The Cockroaches on rhythm guitar and sharing lead vocals. He has written tracks for the children's music group, the Wiggles, including "Hot Potato". His brothers, Paul Field and Anthony Field, were also bandmates in the Cockroaches.

Francis Xavier Costigan,, was an Australian lawyer, Royal Commissioner and social justice activist. Costigan is renowned for presiding over the Costigan Commission into organised crime.

Caroline Overington is an Australian journalist and author. Overington has written 13 books. She has twice won the Walkley Award for investigative journalism. She has also won the Sir Keith Murdoch prize for journalism (2007), the Blake Dawson Waldron Prize (2008) and the Davitt Award for Crime Writing (2015). 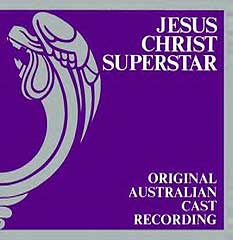 Jesus Christ Superstar or Jesus Christ Superstar – Original Australian Cast Recording is an album released in late 1972 on MCA Records. Jesus Christ Superstar is a rock opera created by Tim Rice and Andrew Lloyd Webber in 1970. The earliest Australian version was staged from May 1972 to February 1974. This album features Trevor White, Jon English and Michele Fawdon. Together with other cast members, they performed vocals for a studio recording. It was produced by Patrick Flynn, the show's musical director and a conductor for Opera Australia. The album peaked at No. 17 on the Go-Set Albums Chart in June 1973, while it reached No. 13 on the Kent Music Report and remained on its charts for 54 weeks. It appeared in the top 100 on the 1974 End of Year Albums Chart. In May 1973, the album was awarded a gold record for sales of 50,000 albums. 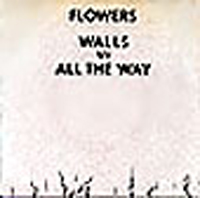 "Walls" is the third single released by the Australian rock band Flowers, later known as Icehouse. It was released in January 1981, on independent label Regular Records from their debut album, Icehouse, it peaked at #20 on the Australian Kent Music Reoport Singles Charts. It was also released in New Zealand, with a different cover, which was the last release before the band was renamed as Icehouse. 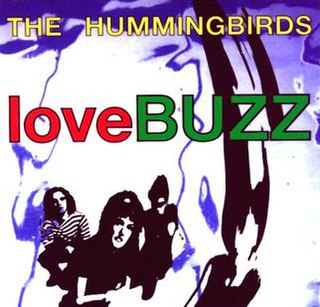 loveBUZZ is the debut album released by Australian rock band The Hummingbirds.

Wendy June Saddington, also known as Gandharvika Dasi, was an Australian blues, soul and jazz singer, and was in the bands Chain, Copperwine and the Wendy Saddington Band. She wrote for teen pop newspaper Go-Set from September 1969 to September 1970 as an agony aunt in her weekly "Takes Care of Business" column, and as a feature writer. Saddington had Top 30 chart success with her 1972 solo single "Looking Through a Window", which was written and produced by Billy Thorpe and Warren Morgan of the Aztecs. After adopting Krishna Consciousness in the 1970s she took the name Gandharvika Dasi. In March 2013 she was diagnosed with oesophageal cancer, and died on 21 June, aged 63.

Melissa Sweet is an Australian freelance journalist and nonfiction writer. Formerly employed by The Sydney Morning Herald, The Bulletin magazine and Australian Associated Press, she specialises in writing about human health and medicine.

Kerrie Agnes Biddell was an Australian jazz and session singer, as well as a pianist and vocal teacher. 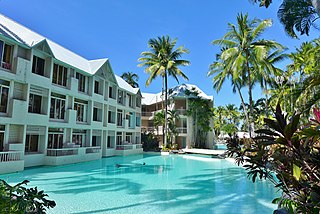 The Sheraton Grand Mirage Resort, Port Douglas is a seaside resort hotel on Four Mile Beach in Port Douglas, Far North Queensland, Australia. Developed by businessman Christopher Skase at a reported cost of $100 million, it was officially opened in October 1987, and has been said to have transformed Port Douglas "from a sleepy far-north Queensland seaside town into a sophisticated tropical playground for the rich and famous."

Kim Gamble (1952–2016) was an Australian illustrator of children's books. He is best known for the Tashi books, which have been translated into more than 20 languages and adapted for television.

Maria Lord, also known as Maria Risley or Riseley, was an Australian convict and entrepreneur.

Peter Luscombe is an Australian drummer and composer.

Shane O'Mara is an Australian musician and record producer.

Bruce Geoffrey Haymes is an Australian musician. Since 1976 Haymes has been a member of numerous bands including Avalanche (1978), Richard Clapton Band (1979), Russell Morris and the Rubes (1980–83) and Bachelors from Prague (1985–93). He joined Paul Kelly's Band (1995–97) and was also in Kelly's next group, Professor Ratbaggy (1999–2002). In 1997 he was part of the Singers for the Red Black & Gold, which released a cover version of "Yil Lull" (1998). It was nominated for the ARIA Award for Best Indigenous Release. Along with Kelly, Shane O'Mara and fellow members of Professor Ratbaggy, Haymes performed and co-wrote the soundtrack for the feature film, Lantana (2001). For this work he won the ARIA Award for Best Original Soundtrack Album in 2002.