Brian Thomas Burke (born 25 February 1947) [1] was Labor premier of Western Australia from 25 February 1983 until his resignation on 25 February 1988. He was imprisoned for seven months in 1994, after being convicted of "false pretence" regarding travel expenses. [2]

In the following decades, Burke continued to maintain his Labor party contacts and parliamentary influence, using them to further his career as a pro-business lobbyist. He worked both sides of politics in partnership with disgraced former ministerial colleague Julian Grill and assisted by former senator Noel Crichton-Browne. [3]

A son of federal Labor parliamentarian Tom Burke, Brian Burke started his career as a journalist, initially at The West Australian newspaper and later in radio and television.

Burke entered the Legislative Assembly at the 1973 Balcatta by-election, which he won by only 30 votes on the two-party-preferred count. [4] He would hold this seat, renamed Balga in 1974, Balcatta again in 1977, and Balga again in 1983, until his retirement from politics in 1988.

His elder brother Terry held the seat of Perth from 1968 to 1987 and acted as a paid collector of campaign donations during the WA Inc period. [5] [6]

In 1981, Brian Burke defeated Ron Davies to become opposition leader. [7] At the 19 February 1983 state election, he became the state's 23rd premier (and its third youngest after John Scaddan and Newton Moore), ending almost nine years of conservative coalition government which had commenced under Sir Charles Court (1974–1982), and was completed by Ray O'Connor (1982–1983).

The Burke government abolished capital punishment in Western Australia in 1984 and reopened the Fremantle railway. [8] It also enacted important electoral reforms in 1987, introducing multi-member electorates in the Legislative Council and a method of proportional representation 'weighted' to give extra representation to rural constituents (but ending excessive and unfair rural weighting which had been in effect for many years). Four-year maximum terms were established for the Legislative Assembly, and fixed four-year terms for the Legislative Council. [9] [10]

His premiership was characterised by very close associations with businessmen such as Laurie Connell and Alan Bond and arranging joint government and business deals. As a result of the 1987 stock market crash, major corporate collapses including that of Connell's merchant bank Rothwells unwound some of those deals which, in turn, caused major losses to the state. The corporate deals and the attempted government-sponsored rescue of Rothwells under subsequent premier Peter Dowding were widely styled in media and civil society as "WA Inc". [11]

Burke resigned as premier and as member for Balga on 25 February 1988, on the fifth anniversary of his becoming premier and his own 41st birthday. A packed public gallery attended his resignation speech and both he and his deputy Mal Bryce, who resigned on the same day, were given a rare standing ovation in the House. [12] Burke was able to play the part of kingmaker, convincing party colleagues to support the ticket of Dowding and David Parker for the leadership. Burke then accepted an appointment as Australia's ambassador to Ireland and the Holy See. [13]

As a result of allegations of improper conduct by Burke during his time as premier, the WA Inc royal commission was established in 1991. This led to Burke being charged with various offences, for which he was sentenced to two years' imprisonment. He served seven months in jail in 1994 for travel expense rorts before being released on parole. In March 1997, he was sentenced to three years' jail for stealing $122,585 in campaign donations. He served six months before the convictions were quashed on appeal. In 1995, he was stripped of his 1988 honour as a Companion of the Order of Australia. [14]

Burke became active as a consultant and lobbyist for Western Australian business interests. His continued involvement in state Labor branch politics was the subject of controversy since before Labor returned to power in 2001. As premier, Geoff Gallop banned cabinet ministers from contact with Burke, but this was lifted by his successor Alan Carpenter when he took office in February 2006.

On 9 November 2006, Burke resigned from the Labor Party after public criticism from Carpenter, in part due to evidence provided to the Corruption and Crime Commission (CCC). [15] Norm Marlborough, the Minister for Small Business and the South-West in the Carpenter Ministry, was forced to resign from the ministry and from the parliament on 10 November 2006 after the Corruption and Crime Commission revealed he had kept a "secret mobile phone" to stay in touch with Burke.

This triggered a by-election for Marlborough's seat of Peel, although Labor retained the seat. [16] [17] Burke subsequently stood trial on five charges of telling lies to the CCC inquiry and on 1 April 2010 was found guilty of deliberately giving false testimony [18] and fined $25,000. An attempted appeal to the High Court against the conviction failed. [19] Soon after, Burke was found not guilty of a separate charge of disclosing official secrets. [20]

On 19 June 2013, Burke was charged with four counts of insider trading relating to the ASX-listed telecommunications company AMCOM, [21] all of which were dropped on 18 February 2014. [22] 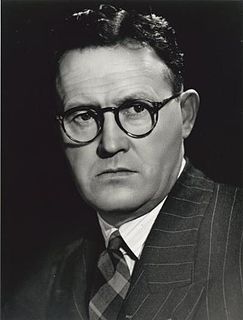 Thomas Patrick Burke was a member of the Parliament of Australia.

John James Mansell Bowler is a former Australian politician who was a member of the Western Australian Legislative Assembly from 2001 to 2013.

Balcatta is an electoral district of the Legislative Assembly in the Australian state of Western Australia. 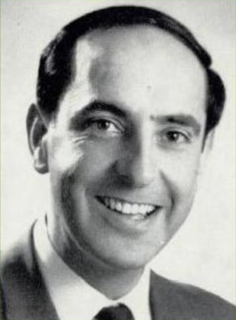 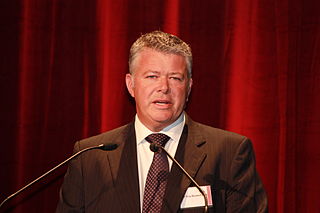 John Robert Quigley is an Australian barrister, solicitor and politician in Western Australia. A member of the ALP, he has served as a member of the Western Australian Legislative Assembly from the 2001 election until the present, initially as the Member for Innaloo (2001–2005) until that seat's abolition in an electoral redistribution, then as the Member for Mindarie. As of March 2017, he is the state's Attorney-General and Minister for Commerce in the McGowan Ministry.

Robert John Pearce was an Australian politician, and a member of the Western Australian Legislative Assembly from 1977 until 1993 representing the seats of Gosnells and Armadale.

Nollamara was an electoral district of the Legislative Assembly in the Australian state of Western Australia.

The 2007 Peel state by-election was held in the Western Australian Legislative Assembly district of Peel on 3 February 2007.

Balga was an electoral district of the Legislative Assembly in the Australian state of Western Australia from 1974 to 1977 and again from 1983 to 1989.

Malcolm John Bryce was an Australian politician, who served as a Labor Party member of the Legislative Assembly of Western Australia from 1971 to 1988, representing the seat of Ascot. He was deputy leader of the Labor Party from 1977 to 1980 and from 1981 to 1988, and served as deputy premier under Brian Burke.

The Western Australian Development Corporation (WADC) was a trading corporation established in 1983 by the first Burke Ministry of Western Australia. It enabled the state Labor government to involve itself in large-scale business transactions without the normal transparency and accountability of government-guaranteed corporations, and was part of what became known as WA Inc. It appointed John Horgan chairman on a salary of $800,000 p.a., and formed subsidiaries including Exim Corporation which sought to create and exploit export markets for education and other products. The enabling Act provided that "(4.3) The Corporation is an agent of the Crown in right of the State and enjoys the status, immunities and privileges of the Crown..." while "(4.4) Notwithstanding subsection (3), the Corporation shall not be subject to direction by the Minister..."

[T]o make sure he kept secret the dealings of the WADC and its shady subsidiaries such as Exim Corporation, [Burke] pushed through legislation that not only gave them commercial confidentiality but unshackled them from ministerial accountability. The WADC was just one of many Burke creations synonymous with the corporatism of the WA Inc era -- a failed political strategy that folded high-risk business into unethical government and led to financial and social upheaval still resonating a quarter of a century later.

Graham John Burkett was an Australian politician who served as a Labor Party member of the Legislative Assembly of Western Australia from 1983 to 1989, representing the seat of Scarborough.

The 1990 Maylands state by-election was a by-election for the seat of Maylands in the Legislative Assembly of Western Australia held on 26 May 1990. It was triggered by the resignation of Peter Dowding on 26 April 1990. The Labor Party retained Maylands at the election, albeit with a reduced majority. Judy Edwards, a general practitioner based in Mount Lawley, secured 55.57 percent of the two-party-preferred vote. Edwards became only the second woman to win election to the Parliament of Western Australia at a by-election, after May Holman in 1925.

A by-election for the seat of Balcatta in the Legislative Assembly of Western Australia was held on 28 July 1973. It was triggered by the resignation of Herb Graham, the deputy premier in the Labor government of John Tonkin, on 30 May 1973.