Tribe of Force is the third album by German acapella metal band Van Canto.The album was released on 1 March 2010. This is the band's first release with Napalm Records.

Two of this album's songs ("Water, Fire, Heaven, Earth" & "Hearted") have been, among Within Temptation's "Our Farewell", the inspiration for "Forevermore", a song by the Dutch symphonic metal band EPICA, featuring the mild-autistic Ruurd Woltring. The recording of this song was made possible thanks to the Dutch TV-show "Niks te gek" (Nothing too crazy), in which mentally disabled people get their wishes granted. 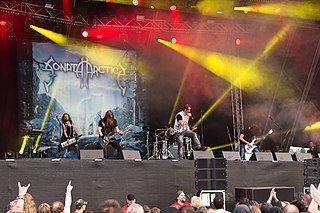 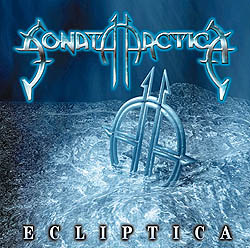 Ecliptica is the first full-length album by the power metal band Sonata Arctica. It was released in 1999 through Spinefarm Records in Europe and through Century Media in the United States. It is the band's only album featuring bassist Janne Kivilahti. In 2016, vocalist, keyboardist and songwriter Tony Kakko described the album as "like the extension of our demo, we didn't know what we were doing so that reflects on the album and makes kind of cute if you will." 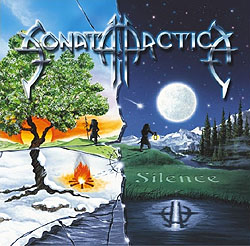 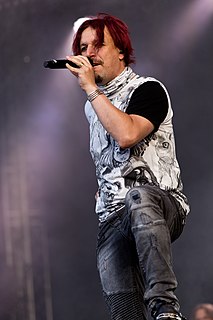 Toni Kristian "Tony" Kakko is a Finnish musician, composer and vocalist. He is known as the vocalist, primary songwriter, and creative lead of the band Sonata Arctica since 1996. 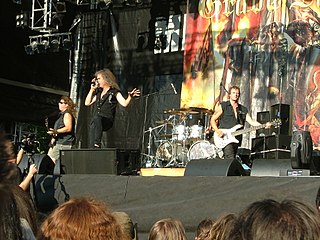 Successor is an EP by Sonata Arctica, released through Spinefarm Records on 7 August 2000.

Van Canto is a German a cappella metal band, founded in 2006 and composed of six singers and a drummer. Although the group is often classified as an a cappella ensemble, they use real drums in their music, instead of vocal percussion or beatboxing.

Into the Light is a compilation album from Nuclear Blast Records to commemorate their 20 years as a record label. Produced by Rage guitarist Victor Smolski, with singers Tobias Sammet, Peter "Peavy" Wagner (Rage) - who has also written the lyrics for all songs -, Tony Kakko, Mats Levén (Therion), Marcel "Schmier" Schirmer (Destruction), Hansi Kürsch, Andi Deris (Helloween), Oddleif Stensland (Communic), Marco Hietala, and Tarja Turunen (Ex-Nightwish). It features a variable collection of "All Stars" much in the same vein as Roadrunner United. The whole album was written by Victor Smolski, who also recorded all the guitars, some bass and keyboards. The drums were done by Volker Schultz and André Hilgers.

Ballads of a Hangman is the 14th studio album by the German heavy metal band Grave Digger, and was released on 27 January 2009. It is the first Grave Digger album to feature two guitarists, the only one to feature Thilo Hermann who co-wrote the album but was asked to leave soon after its release and also the last one with Manni Schmidt who left the band in October 2009 due to personal differences with Chris Boltendahl.

Fire-Hearted is the third studio album by metal musician Elias Viljanen as solo artist. The album features Marco Hietala and Tony Kakko on vocals. Also contributing is Jari Kainulainen on bass, Henrik Klingenberg on keyboards and Mikko Sirén (Apocalyptica) on drums. The album was out in June 2009. The song "Last Breath of Love" with Marco on vocals can be heard on Elias' Myspace together with the title-track.

The Days of Grays is the sixth full-length studio album by Finnish power metal band Sonata Arctica. The album was released in South America on September 8, 2009, on September 16 in Finland, September 18 in Europe and September 22 in North America through Nuclear Blast. The special edition of the album includes the album along with an orchestral CD as a digipak. 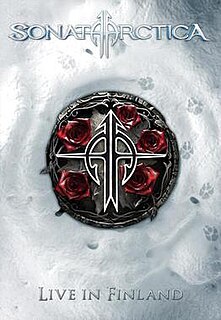 Live in Finland is a live album and DVD recorded by the Finnish power metal band Sonata Arctica. Live in Finland was recorded at Club Teatria in Oulu, Finland on 15 April 2011 during "The Days Of Grays" World Tour, and was released on 11 November 2011. Along with the CD, there is a DVD in stereo and Surround 5.1 sound, which also includes Finnish commentary track by the band, making-of videos, two documentaries, photos, and music videos. The DVD's cover was created by Xabier Loebl.

Pariah's Child is the eighth studio album by Finnish power metal band Sonata Arctica. It was released on March 28, 2014 by Nuclear Blast. It is the first Sonata Arctica release with new bassist Pasi Kauppinen, who replaced Marko Paasikoski. 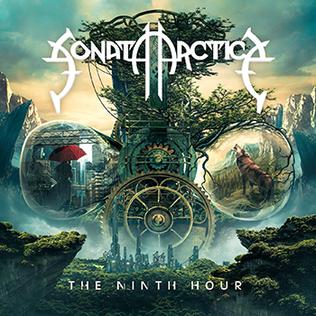 The Ninth Hour is the ninth studio album by Finnish power metal band Sonata Arctica. It was released on October 7, 2016 by Nuclear Blast.