The current principal is Doug Gay.

The Disruption of 1843 marked a schism in the Church of Scotland, resulting in the creation of the Free Church of Scotland. The Free Church established three colleges or seminaries of its own, detached from the universities, for the education of its ministers. As well as its Glasgow college, the other two colleges were New College, Edinburgh and Christ's College, Aberdeen.

The Glasgow College, funded by local subscription, was established in 1856. It was a multi-disciplinary institution of considerable reputation, existing outside the University of Glasgow's Faculty of Divinity. In 1872 Thomas Martin Lindsay was appointed Professor of church history, and he became principal of the college in 1902. [1]

Later, in 1930, following the reunion of the churches and theological teaching facilities, the Glasgow Church college was renamed "Trinity College". After the reunion of the main Scottish Presbyterian churches in 1929–30, the two teaching facilities in the University and the Church College were reintegrated. After 1976, when the Church-owned Trinity College buildings at Park Circus were finally vacated, all teaching of theology took place in the university Divinity Faculty. Accordingly, while Trinity College still exists, it is a body without walls.

The archives of Trinity College are maintained by the University of Glasgow Archives Services.

Robert Smith Candlish was a Scottish minister who was a leading figure in the Disruption of 1843. He served for many years in both St. George's Church and St George's Free Church on Charlotte Square in Edinburgh's New Town.

Robert Rainy, was a Scottish Presbyterian divine. Rainy Hall in New College, Edinburgh is named after him.

New College is a historic building at the University of Edinburgh which houses the university's School of Divinity. It is one of the largest and most renowned centres for studies in Theology and Religious Studies in the United Kingdom. Students in M.A., M.Th. and Ph.D. degree programmes come from over 30 countries, and are taught by almost 40 full-time members of the academic staff. New College is situated on The Mound in the heart of Edinburgh's Old Town. 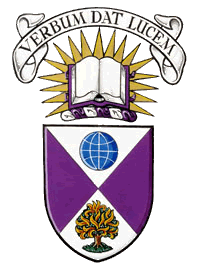 Knox College is a postgraduate theological college of the University of Toronto in Toronto, Ontario, Canada. It was founded in 1844 as part of a schism movement in the Church of Scotland following the Disruption of 1843. Knox is affiliated with the Presbyterian Church in Canada and confers doctoral degrees as a member school of the Toronto School of Theology.

St Mary's College, founded as New College or College of the Assumption of the Blessed Virgin Mary, is the home of the Faculty and School of Divinity within the University of St Andrews, in Fife, Scotland.

George McLeod Newlands is a Scottish theologian widely published in the fields of modern systematic theology, Christology, emancipatory theology, and the history of Christian thought. He is Emeritus Professor of Divinity at the University of Glasgow, and served as Chair of the Theology, Divinity & Religious Studies panel of the UK's 2008 Research Assessment Exercise and as President of the Society for the Study of Theology for 2013–14. 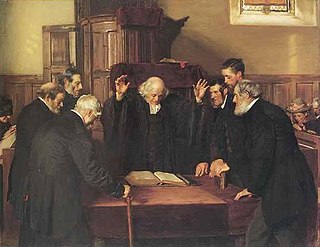 A Church of Scotland congregation is led by its minister and elders. Both of these terms are also used in other Christian denominations: see Minister (Christianity) and Elder (Christianity). This article discusses the specific understanding of their roles and functions in the Scottish Church.

Christ's College, Aberdeen was one of three colleges in Scotland founded by the Free Church of Scotland for the training of ministers following the Disruption of 1843. The other two were New College, Edinburgh and Trinity College, Glasgow.

James Denney was a Scottish theologian and preacher. He is probably best known today for his theological articulation of the meaning of the atonement within Christian theology, atonement for him being “the most profound of all truths” (The Death of Christ, 243). Many have misunderstood his position, arguing that he was known for his defense of the doctrine of penal penal substitution. However, Denny himself protested vigorously against this characterization.

James Buchanan (1804–1870) was a preacher and theological writer. He was born in 1804 at Paisley, and studied at the university of Glasgow. In 1827 he was ordained Church of Scotland minister of Roslin, near Edinburgh, and in 1828 he was translated to the large and important charge of North Leith. In this charge he attained great fame as a preacher, being remarkable or a clear, vigorous, and flowing style, a graceful manner, a vein of thrilling tenderness, broken from time to time by passionate appeals, all in the most pronounced evangelic strain. In 1840 Buchanan was translated to the High Church, Edinburgh, and in 1813, after the disruption, he became first minister of St. Stephen‘s Free Church. In 1815 he was appointed professor of apologetics in the New College, Edinburgh, and in 1847, on the death of Dr. Chalmers, he was transferred to the chair of systematic theology, continuing there till his resignation in 1868.

David Alexander Syme Fergusson is a Scottish theologian and Regius Professor of Divinity at the University of Cambridge.

Patrick Fairbairn was a Scottish Free Church minister and theologian. He was Moderator of the General Assembly 1864/65. 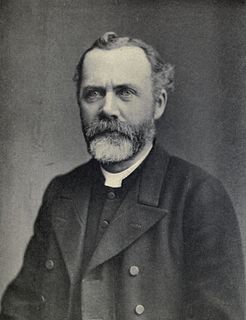 Thomas Martin Lindsay FRSE (1843–1914) was a Scottish historian, professor and principal of the Free Church College, Glasgow. He wrote chiefly on church history, his major works including Luther and the German Reformation (1900), and A History of the Reformation (1906–1907).

Sir Henry Wellwood-Moncreiff, 10th Baronet, originally Henry Moncrieff was a Scottish minister, considered one of the most influential figures in the Free Church of Scotland in his time. Henry Wellwood Moncreiff, tenth baronet, born in 1809, was ordained minister of the parish of East Kilbride, Lanarkshire, in 1836, and at the disruption, in 1843, he joined the Free Church. He was afterwards translated to St. Cuthbert's, Edinburgh. He married in 1838, Alexina-Mary, daughter of Edinburgh surgeon George Bell. He is one of the two principal clerks of the General Assembly of the Free Church of Scotland, Patrick Clason, being the other; and on the death, in 1861, of James Robertson, professor of divinity and church history in the university of Edinburgh, he was appointed his successor as secretary to her majesty's sole and only master printers in Scotland. 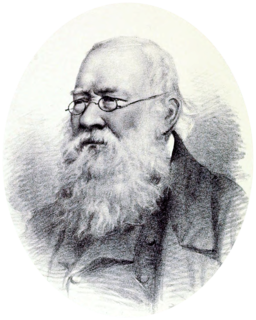 Patrick Clason was a Scottish minister who served as Moderator of the General Assembly to the Free Church of Scotland in 1848/49. 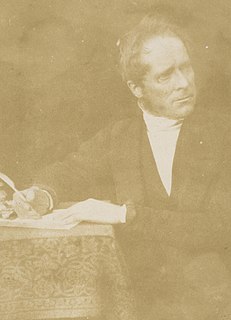 Michael Willis (1799-1879) was a Scottish minister of the Free Church of Scotland who emigrated to Canada and became Principal of Knox College, Toronto. A prominent campaigner for the abolition of slavery he was involved in the Canadian end of the Underground Railway. He was Moderator of the General Assembly for the Presbyterian Church of Canada in 1870.