Trivial schools (Swedish : trivialskolan, Finnish : triviaalikoulu) were schools in Sweden and its integrated part Finland from the early 17th century, in Sweden to 1905. [1]

Trivial schools were the second grade of education in the 1649 school reform of Queen Christina. First grade was Pedagogium, followed by Trivial school and Gymnasium. Education in Trivial schools was given in three subjects; grammar including Latin and Greek, rhetoric and dialectic. [2] The school lasted for eight years, having four two-year classes. They were disbanded in Grand Duchy of Finland by the 1843 school reform and in Sweden in 1905. [3]

Examples of trivial schools can be found in numerous other cities in Geseke, Siegburg, [4] Sankt Andrä (Carinthia) and Hamm. [5] There was also a so-called trivial school in Schüttorf in the 16th century, but this saw itself as an educational institution that prepared students for university studies and not as a simple country school. [6]

Education in Sweden is mandatory for children between ages 6 and 17. The school year in Sweden runs from mid–late August to early/mid–June. The Christmas holiday from mid–December to early January divides the Swedish school year into two terms.

Olof Persson, sometimes Petersson, better known under the Latin form of his name, Olaus Petri, was a clergyman, writer, judge, and major contributor to the Protestant Reformation in Sweden. His brother, Laurentius Petri, became the first Evangelical Lutheran Archbishop of Sweden.

Studentexamen, earlier also mogenhetsexamen was the name of the university entrance examination in Sweden from the 17th century to 1968. From 1862 to 1968, it was taken as a final written and oral exam on graduation from gymnasium. In Finland the examination still exists. The exam traces its origin to the academic statutes from 1655 requiring the dean to examine students arriving at university before allowing matriculation. According to the school reglement of 1693, a prospective student was to have gone through both a final examination at school and an entrance examination at university. The school reglement of 1724 allowed students without a final examination from school to enroll at university, provided a person known at the university would guarantee their behaviour, which led to it becoming common for students from wealthy families to be matriculated at a very young age, accompanied by a private tutor. Although these were not actually supposed to be allowed to graduate, this rule was not always strictly upheld.

Capital punishment in Sweden was last used in 1910, though it remained a legal sentence for at least some crimes until 1973. It is now outlawed by the Swedish Constitution, which states that capital punishment, corporal punishment, and torture are strictly prohibited. At the time of the abolition of the death penalty in Sweden, the legal method of execution was beheading.

Pierre Joseph Deland was a Swedish stage actor and theatre director. He was the director of the Deland Theater Company in 1833-1861, a travelling theater famous in both Sweden and Finland, and as such an influential and well known figure of the stage life of both countries in the mid 19th-century. He was the founder of the Dramatiska och musikaliska artisternas pensionsförening in 1857.

Ottilia Sofia Littmarck was a Swedish actress and theatre director. She was a noted actress in Sweden in the late 19th century.

Rosalie Ulrika Olivecrona, née Roos, was a Swedish feminist activist and writer. She is one of the three great pioneers of the organized women's rights movement in Sweden, alongside Fredrika Bremer and Sophie Adlersparre.

Christopher, Duke of Lolland, was the son of King Valdemar IV of Denmark and his wife, Helvig of Schleswig. Christopher was appointed duke in 1359 and also was selected to succeed as king.

Anna Maria Carolina Sandström was a Swedish feminist, reform pedagogue and a pioneer within the educational system of her country. She is referred to as the leading reform pedagogue within female education in Sweden in the late 19th century.

Helena Charlotta Westermarck was a Finnish artist and writer. She is known for her pioneering biographies of women. 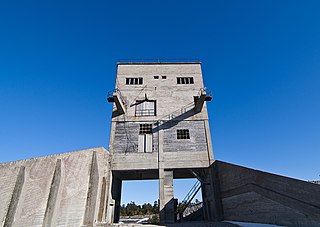 Furillen is an island in Rute on the northeast coast of Gotland, Sweden. For most of the 20th century, there was a limestone industry on the island until it was closed to the public by the Swedish military in the 1970s–90s, when radar installations became operational. The north part of Furillen is a nature reserve and a Natura 2000 area. 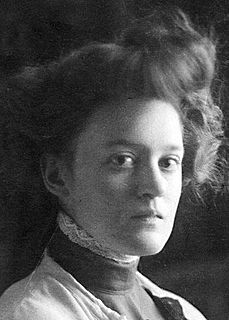 Margarita Maria “Maggie” Gripenberg was a pioneer of modern dance in Finland. She was the first to introduce Dalcroze Eurhythmics to Finland and modeled her early works on the improvisational style of Isadora Duncan. As a dancer, choreographer and teacher, she laid the educational foundations for the study of movement and dance. She was recognized by numerous awards for her choreographic work as well as being honored with the Pro Finlandia Medal and as a knight of the Order of the White Rose of Finland.

Henrik Heikel was a Finland-Swedish educator and priest.

Anna Charlotta Heikel was a Finland-Swedish teacher and director of the School for the Deaf in Jakobstad, Finland, from 1878 to 1898, as well as a pioneer of the Baptist movement in Finland.