Trolls Holiday is a 2017 Christmas special that premiered on NBC on November 24, 2017. Based on the film Trolls , the half-hour Christmas special was directed by Joel Crawford and produced by DreamWorks Animation. The main cast all reprised their roles as their respective characters, most notably Anna Kendrick, Justin Timberlake, and Zooey Deschanel as Poppy, Branch, and Bridget, respectively. Another special with the same theme, but with another plot, Trolls: Holiday in Harmony , aired on November 26, 2021 on NBC.

After the Bergen Town tradition of eating Trolls on Trollstice is abolished, the Bergens have no holidays left to celebrate. Poppy, who has received numerous cards from the Bergens celebrating different days of the week or times of day, decides to share Troll holidays with the Bergens. She enlists the Snack Pack and her friend Branch, unfamiliar with being happy, to head to Bergen Town on a bus driven by Cloud Guy. Upon traveling through a strange wormhole, the Trolls arrive in Bergen Town.

The Trolls show Queen Bridget and King Gristle their holiday traditions, but the spectacle overwhelms the Bergens. Bridget, exasperated by the spectacle, tells Poppy to leave and give them some space. Heartbroken, Poppy departs Bergen Town for the forest with her friends in pursuit. Poppy tells Branch of her fear that she might have lost Bridget's friendship forever. Branch tries to cheer her up by singing songs pointing out where she went wrong. Meanwhile, back in Bergen Town, Bridget and Gristle start to regret how hard they both were on the Trolls, and Bridget acknowledges that Poppy cares about the Bergens.

A soundtrack featuring seven songs from the special was released on October 27, 2017 by RCA Records. [1]

All tracks are written by Eric Goldman, Michael Corcoran.

The premiere of Trolls Holiday attracted 5.36 million viewers, with a 1.5 in the 18-49 demographic. It is the second most watched program of the night, behind How the Grinch Stole Christmas! , with 5.78 million viewers. [6]

Trolls Holiday was released on DVD on November 28, 2017 by Universal Pictures Home Entertainment, making it the first DreamWorks Animation DVD release to be distributed by said company, and in turn, the first Universal-distributed DreamWorks production. It was streamed to Netflix on December 6. [1] Select episodes of other DreamWorks television series (i.e. Home: Adventures with Tip and Oh and Spirit Riding Free ) accompanied the special on the DVD while an episode of Dawn of the Croods accompanied the special's digital release, replacing the Spirit episode. In 2019, it was released on Blu-Ray for the first time in the US, featured on The Ultimate Holiday Collection box set, which also included various DreamWorks holiday specials as well as Rise of the Guardians . It was then re-released on Blu-Ray and DVD in a 2-movie box set alongside Trolls: Holiday in Harmony by Studio Distribution Services LLC (a joint-ventured company between Universal Pictures Home Entertainment and Warner Bros. Home Entertainment).

Elf is a 2003 American Christmas comedy film directed by Jon Favreau, written by David Berenbaum, and starring Will Ferrell, James Caan, Zooey Deschanel, Mary Steenburgen, Edward Asner, and Bob Newhart. The film centers on Buddy, a human raised by Santa's elves, who learns about his origins and heads to New York City to meet his biological father. 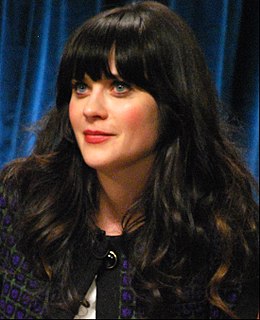 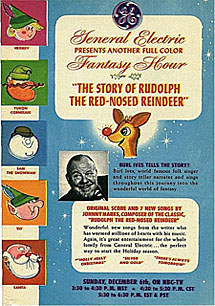 Rudolph the Red-Nosed Reindeer is a 1964 Christmas stop motion animated television special produced by Videocraft International, Ltd. and currently distributed by NBCUniversal Television Distribution. It first aired Sunday, December 6, 1964, on the NBC television network in the United States and was sponsored by General Electric under the umbrella title of The General Electric Fantasy Hour. The special was based on the Johnny Marks song "Rudolph the Red-Nosed Reindeer" which was itself based on the poem of the same name written in 1939 by Marks' brother-in-law, Robert L. May. Since 1972, the special has aired on CBS; the network unveiled a high-definition, digitally remastered version of the program in 2005, re-scanned from the original 35 mm film elements. 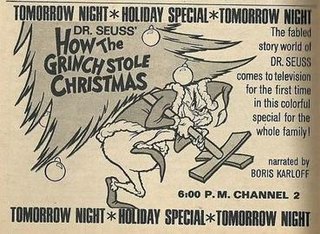 How the Grinch Stole Christmas! is a 1966 American animated television special, directed and co-produced by Chuck Jones. It is based on the 1957 children's book of the same name by Dr. Seuss, and tells the story of the Grinch, who tries to ruin Christmas for the townsfolk of Whoville below his mountain hideaway. Originally telecast in the United States on CBS on December 18, 1966, it went on to become a perennial holiday special. The special features the voice of Boris Karloff as the Grinch and the narrator.

Frosty the Snowman is a 1969 American animated Christmas television special produced by Rankin/Bass Productions. It is the first television special featuring the character Frosty the Snowman. The special first aired on Sunday, December 7, 1969 at 8:00pm on the CBS television network in the United States; it has aired annually for the network's Christmas and holiday season every year since. The special was based on the Walter E. Rollins and Steve Nelson song of the same name. It featured the voices of comedians Jimmy Durante as the film's narrator, Billy De Wolfe as Professor Hinkle, and Jackie Vernon as Frosty the Snowman.

Shrek the Halls is an American Christmas computer-animated comedy television special that premiered on the American television network ABC on Wednesday, November 28, 2007. The thirty minute Christmas special was co-written and directed by Gary Trousdale and produced by DreamWorks Animation. Mike Myers, Eddie Murphy, Cameron Diaz and Antonio Banderas reprise their roles from the feature films. This Christmas special takes place between Shrek the Third and Shrek Forever After. As with the other Shrek animations, this television special was based on the 1990 children's book Shrek! by William Steig. 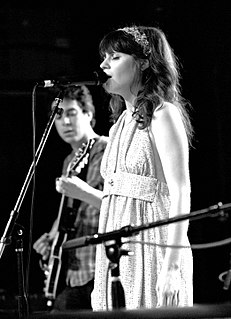 She & Him is an American musical duo consisting of Zooey Deschanel and M. Ward. The band's first album, Volume One, was released on Merge Records in March 2008.

Merry Madagascar is a Christmas special first broadcast on the NBC network on November 17, 2009, which starred the characters from the film series Madagascar, and takes place sometime between the first and second film. It is the second DreamWorks Animation Christmas special, after Shrek the Halls. 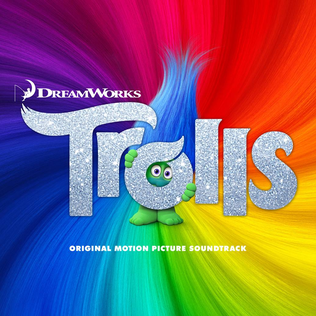 Trolls: Original Motion Picture Soundtrack is the soundtrack album to the 2016 DreamWorks Animation film Trolls, released on September 23, 2016 by RCA Records. The soundtrack is produced primarily by singer Justin Timberlake, Max Martin, and Shellback. It features work from Timberlake himself, along with Anna Kendrick, Ron Funches, Zooey Deschanel and Gwen Stefani, who all voice characters in the film, as well as Earth, Wind & Fire and Ariana Grande. The album was certified Platinum in Australia and Double Platinum in the United States. The song "Can't Stop the Feeling!" was nominated for an Academy Award and won a Grammy Award.

Trolls World Tour is a 2020 American computer-animated musical comedy film produced by DreamWorks Animation and distributed by Universal Pictures. The sequel to Trolls (2016) and the second installment in the franchise, the film is directed by Walt Dohrn in his directorial debut from a screenplay by Jonathan Aibel, Glenn Berger, Maya Forbes, Wallace Wolodarsky, and Elizabeth Tippet from a story by Aibel and Berger. The film features an ensemble cast that features the voices of Anna Kendrick, Justin Timberlake, Rachel Bloom, James Corden, Ron Funches, Kelly Clarkson, Anderson .Paak, Sam Rockwell, George Clinton, and Mary J. Blige. The film follows Poppy and Branch as they discover several more troll tribes that represent music genres alien to their own. Troubles arise when the Queen of the Rock tribe plans to overthrow the foreign music genres to unite the trolls under rock music.

Joel Crawford is an American storyboard artist and director best known for his work on several DreamWorks Animation films, including The Croods: A New Age (2020). 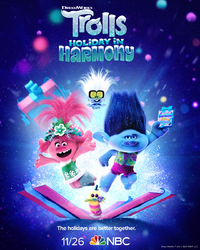