The Trondheim Synagogue (Norwegian : Synagogen i Trondheim) in Trondheim, Norway is the second-northernmost synagogue in the world (after the synagogue in Fairbanks, Alaska [1] ). The present synagogue has served the Jewish community since its inauguration on October 13, 1925. It was built to replace the first synagogue in Trondheim, the St Jørgensveita Synagogue, which was opened in 1899. 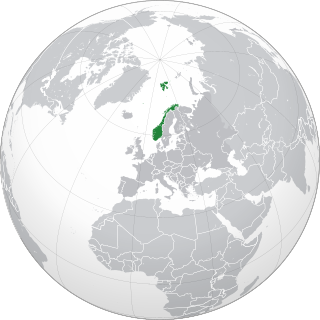 The history of Jews in Norway dates back to the 1400s. Although there were very likely Jewish merchants, sailors and others who entered Norway during the Middle Ages, no efforts were made to establish a Jewish community. Through the early modern period, Norway, still devastated by the Black Death, was ruled by Denmark from 1536 to 1814 and then by Sweden until 1905. In 1687, Christian V rescinded all Jewish privileges, specifically banning Jews from Norway, except with a special dispensation. Jews found in the kingdom were jailed and expelled, and this ban persisted until 1851. 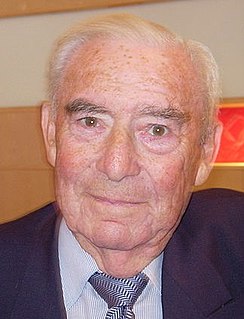 Stiftsgården is the royal residence in Trondheim, Norway. It is centrally situated on the city’s most important thoroughfare, Munkegaten. At 140 rooms constituting 4000 m² (43000 ft²), it is possibly the largest wooden building in Northern Europe, and it has been used by royalty and their guests since 1800. 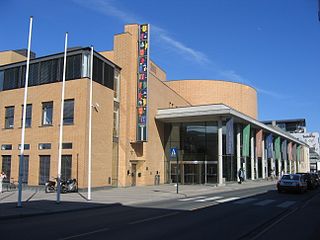 Trøndelag Teater is a large theater in the city of Trondheim, in Trøndelag county, Norway.

The Bukken Bruse disaster was the crash of a flying boat during its landing on 2 October 1948. The Short Sandringham was on a Norwegian domestic flight from Oslo and was landing in the bay adjacent to Hommelvik near the city of Trondheim. The disaster killed 19 people; among the survivors was the philosopher Bertrand Russell.

The Center for Studies of the Holocaust and Religious Minorities is a Norwegian research institution. It is organised as an independent foundation and is an affiliated institute of the University of Oslo.

Trondheim Central Station or Trondheim S is the main railway station serving the city of Trondheim, Norway. Located at Brattøra in the north part of the city centre, it is the terminus of the Dovre Line, running southwards, and the Nordland Line, which runs north. The railway is electrified south of the station but not north of it, so through trains must change locomotives at the station.

Trondheim, Norway is the seat of the Roman Catholic Territorial Prelature of Trondheim, which before March 1979 was the Apostolic Vicariate of Central Norway. The prelature leadership is currently under prelate-elect Erik Varden. The prelature includes parishes in Trondheim, Kristiansund, Levanger, Molde, and Ålesund.

Munkegata Terminal was the main bus station in Trondheim, Norway until August 2019. The main bus terminal is now located in Prinsenkrysset.

The German occupation of Norway began on 9 April 1940. In 1942, there were at least 2,173 Jews in Norway. At least 775 of them were arrested, detained and/or deported. More than half of the Norwegians who died in camps in Germany were Jews. 742 Jews were murdered in the camps and 23 Jews died as a result of extrajudicial execution, murder and suicide during the war, bringing the total of Jewish Norwegian dead to at least 765, comprising 230 complete households.

Antisemitism in contemporary Norway deals with antisemitic incidents and attitudes encountered by Jews, either individually or collectively, in Norway since World War II. The mainstream Norwegian political environment has strongly adopted a platform that rejects antisemitism. However, individuals often privately hold antisemitic views. Currently, there are about 1,400 Jews in Norway, in a population of 5.3 million.

Ranheim Papirfabrikk AS was a Norwegian industrial company, which ran a paper factory with the same name at Ranheim, Trondheim, Norway.

Trondhjem Station, sometimes called Kalvskinnet to distinguish it from Trondheim Central Station on Brattøra. Kalvskinnet was the first central railway station in Trondheim, Norway. It opened on 5 August 1864 as the terminal station of the narrow gauge Trondhjem–Støren Line. The station was designed by Georg Andreas Bull, and still exists as one of the world's northernmost synagogues, after it was replaced by Trondheim Central Station in 1884 to become Trondheim Synagogue.

Trondhjem Biological Station is a marine biological research facility at the Norwegian University of Science and Technology. It is located by the Trondheimsfjord in Byneset, west of the city centre of Trondheim.

The Oslo Synagogue is a synagogue in Oslo, Norway. The congregation was established in 1892, but the present building was erected in 1920. Architectural historian Carol Herselle Krinsky describes the two-story tall, stuccoed building with a round tower topped with a spire supporting a Star of David as resembling "a simple and charming country chapel.' 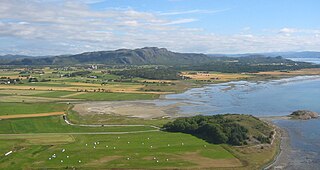 The Oslo Jewish Museum aims at informing about Jews in Norway. It was established as a foundation in 2003, supported by the Det mosaiske trossamfunn and Oslo City Museum.

The 1681 Trondheim fire started on 18 April 1681, in a building near Nidelva. Large parts of the centre of Trondheim, Sør-Trøndelag county, Norway. were destroyed, including the quay houses and Vår Frue Church. Timber merchant Thomas Hammond perished during the fire.