Troy Hartman (born October 31, 1971) is a professional aerial stuntman, skydiver and inventor. He is an X Games gold medalist for skysurfing and accomplished television host for many shows, most notably the MTV series "Senseless Acts of Video". [1] He was the face of the award-winning 1998 Pepsi Super Bowl commercial. [2]

Most recently, Troy built a jet-powered personal backpack and used it on skis and in flight. With the device he was capable of skiing uphill and attaining speeds of up to 47 mph. [3] It can take off from the ground.

He is currently developing a jet wing similar to that used by Yves Rossy. [4]

Hartman began his work in aviation as a cadet at the United States Air Force Academy, where he developed his skills as a pilot and skydiver. [5] He took up skysurfing in 1993 and competed professionally in the sport alongside Rob Harris (skysurfer) and Patrick de Gayardon. Upon winning the 1997 X Games, he was chosen for the 1998 Pepsi "Goose" Super Bowl commercial, which was voted the #1 ad by the USA Today Super Bowl Ad Meter. [6]

In 1999, Troy was selected as the host and stuntman for the MTV show "Senseless Acts of Video". Over three seasons of the show, he performed multiple first-ever stunts, including the "Plane-to-Plane Skydiving Transfer" [7] and "Parachute on Fire". [8]

Some of Hartman's other television show appearances include hosting 13 episodes of No Boundaries on The WB Television Network, [9] host of the Discovery Channel series "Secrets to Survival", [10] and a stint as the weather man for Good Morning America. [11]

In 2008, Troy began working on his version of the "Jet Wing", which led to the development of a personal jet-backpack. In January 2011, he tested this new device on skis, which proved capable of propelling him uphill and at speeds reaching close to 50 mph. [12] In August 2012, Troy successfully used his jet-backpack to fly with a "speed wing", as part of testing toward his jetwing design.

Troy has a degree in Aeronautical Engineering.

Troy is married to Sara Hartman and has a daughter Sofia.

Sky surfing is a type of skydiving and extreme sport in which the skydiver wears a custom skysurf board attached to the feet and performs surfing-style aerobatics during freefall.

Wingsuit flying is the sport of flying through the air using a wingsuit which adds surface area to the human body to enable a significant increase in lift. The modern wingsuit, first developed in the late 1990s, creates a surface area with fabric between the legs and under the arms. Wingsuits are sometimes referred to as "birdman suits", "squirrel suits", and "bat suits". 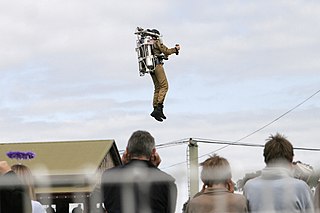 A jet pack, rocket belt, or rocket pack is a device worn on the back which uses jets of gas or liquid to propel the wearer through the air. The concept has been present in science fiction for almost a century and became widespread in the 1960s. Real jet packs have been developed using a variety of mechanisms, but their uses are much more limited than their fictional counterparts because of the challenges of the Earth's atmosphere, gravity, the low energy density of utilisable fuels, and the human body not being suited to flight, and they are principally used for stunts. A practical use for the jet pack has been in extra-vehicular activities for astronauts because of the apparent weightlessness and lack of friction-creating atmosphere in orbit. The term jet suit is used for a system incorporating a jet pack and associated jets attached to the arms to increase manoeuvrability. 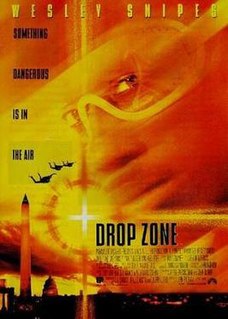 Drop Zone is a 1994 American action thriller film directed by John Badham, starring Wesley Snipes, Gary Busey, Yancy Butler, Michael Jeter, Luca Bercovici and Kyle Secor. When a U.S. Marshal has to break up a drug smuggling gang, he has to take to the skies. Drop Zone was released by Paramount Pictures in the United States on December 9, 1994. 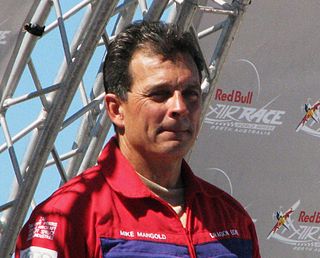 Michael Eugene Mangold was an American Boeing 767 and 757 commercial pilot for American Airlines and an aerobatics pilot. Mangold competed in the Red Bull Air Race World Series from 2004 through 2009, where he repeatedly placed first and won the World Championship in the 2005 World Series, as well as the 2007 World Series. His nickname and call sign in the military was "Mongo". 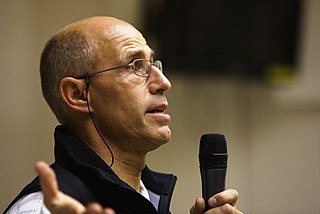 Yves Rossy is a Swiss military-trained pilot and an aviation enthusiast. He is known as the inventor of a series of experimental individual jet packs, the latest using carbon-fiber wings for flight. Often referred to as "Jetman", Rossy has sometimes tested and presented new versions of his jet packs in high-profile events staged around the world. 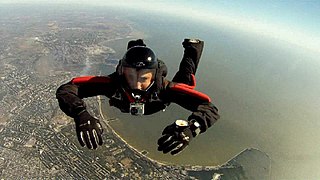 Guy Manos is a former world champion skydiver and multiple world record holder, and a screenwriter, film director, and stuntman. He is a graduate of the University of Miami Film School.

Steven Ho is an American martial artist, stunt coordinator, stuntman and member of the Academy of Television Arts & Sciences.

Eli Thompson was an American skydiver and BASE jumper.

Perris Valley Airport is a privately owned and operated airport open to public use and located one mile (1.6 km) southeast of Perris, serving Riverside County, California, United States. It has one runway and is used for general aviation and extensive skydiving. The airport operates from dawn to dusk daily year-round.

Jet Stunt Extreme was a live Personal Watercraft (PWC) Stunt Show at Sea World on the Gold Coast, Australia. Following the successful trial from 16 December 2010 until 23 January 2011, the show returned on 17 September 2011 for an extended season. It starred several of the world's best PWC stunt performers. The show held its final performance on 27 January 2019, being replaced by the Thunder Lake Stunt Show. 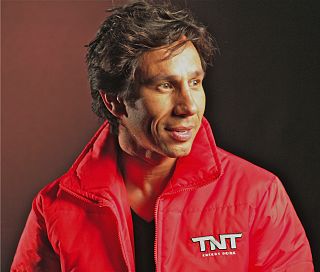 Luigi Cani is a Brazilian stunt performer and cinematographic producer. He is a well known athlete in parachuting.

Gary Connery is a British skydiver, BASE jumper, and professional stuntman. Connery has performed stunt-work in films. He has also acted as the stunt-double for Gary Oldman, Leonardo DiCaprio, Rowan Atkinson, and John Hurt. He is acknowledged as the first skydiver to land after a wingsuit jump without using a parachute. He made his first parachute jump at age 23, as part of his army training.

Outrageous Acts of Science is a science program shown on Science Channel in the U.S., featuring a fast-paced countdown of the top 20 internet videos in each episode. The series first aired in the UK on Discovery International with the title You Have Been Warned. The program features homemade science experiments and stunts, often accompanied by warnings of "don't try this at home" when doing so might endanger the viewer. For the U.S. TV network, it was the top-rated show of 2015.