Troy Xavier Kelley (born August 16, 1964) is the former Washington State Auditor, and a member of the Democratic Party. [1] He is a lieutenant colonel JAG officer in the Washington National Guard. Kelley was a member of the Washington House of Representatives, representing the 28th Legislative District from 2007 to 2013. In 2017 he was convicted [2] of multiple counts of possession of stolen property, making false declarations in a court proceeding and tax fraud. [3]

He was elected as Washington State Auditor in 2012 [4] and was indicted by the United States Department of Justice for mortgage fraud and related crimes in early 2015. At the end of his first trial on April 26, 2016, he was acquitted of one charge of making false statements. The jury deadlocked on the remaining counts. The trial ended in a mistrial on 14 of the 15 counts. At the end of his retrial on December 20, 2017, he was acquitted of five charges of money laundering, and convicted of nine felony charges including counts of possession of stolen property, making false declarations in a court proceeding and tax fraud. [5] On April 26, 2018, in response to a motion by the defense, prosecutors conceded the count of conviction for corrupt interference with an IRS investigation should be dismissed after the U.S. Supreme Court ruled the government’s theory was contrary to the law. On June 29, 2018, Kelley was sentenced to a year and a day in jail, plus a year's probation. A request for forfeiture of $1.4 million was rejected by the judge and a hearing on restitution was scheduled for September 2018. [6] On July 29, 2020, a three judge panel on the Ninth Circuit Court of Appeals upheld Kelley's conviction. [7] The United States Supreme Court denied Kelley's appeal [8] and Kelley began serving his 1-year sentence in July 2021. [9]

Disfranchisement, also called disenfranchisement, or voter disqualification is the restriction of suffrage of a person or group of people, or a practice that has the effect of preventing a person exercising the right to vote. Disfranchisement can also refer to the revocation of power or control of a particular individual, community or being to the natural amenity they have; that is to deprive of a franchise, of a legal right, of some privilege or inherent immunity. Disfranchisement may be accomplished explicitly by law or implicitly through requirements applied in a discriminatory fashion, through intimidation, or by placing unreasonable requirements on voters for registration or voting.

Corrine Brown is an American former politician who served as a member of the U.S. House of Representatives from Florida from 1993 to 2017. She is a member of the Democratic Party. After a court-ordered redistricting significantly changed her district, and a federal indictment for corruption, Brown was defeated in the 2016 Democratic primary by Al Lawson, who went on to win Brown's former seat. 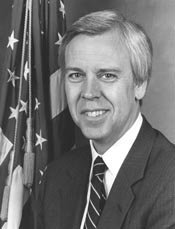 Rodney Dennis Chandler is a former U.S. Representative from Washington. He is the great-great-grandnephew of long-time U.S. Senator Zachariah Chandler of Michigan.

Charles Patrick White is the former Republican Indiana Secretary of State, having been first elected to the statewide executive position in November 2010. Prior to that, he served as Chairman of the Hamilton County Republican Party and as a member of the town council of Fishers, a northern suburb of Indianapolis. 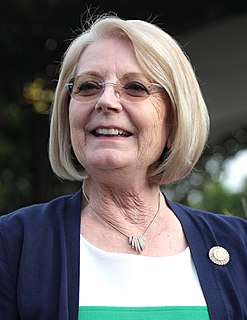 Mark Anthony Miloscia is an American politician who served as a member of the Washington State Senate from 2015 to 2019. A Democrat for more than twenty years, in 2014 he switched to the Republican Party and ran for election to represent the 30th Legislative District in the State Senate - winning by more than ten percentage points. In 2012, Miloscia ran as a Democrat for Washington State Auditor; a race which he lost in the primary election. Miloscia ran again for State Auditor in 2016, this time as a Republican, lost the General Election to Democrat Pat McCarthy by 5 percentage points. He had represented the 30th Legislative District for seven terms from 1999 to 2013 in the Washington House of Representatives as a Democrat. He was endorsed by The Seattle Times newspaper for re-election in 2018.

Ernest E. Newton is an American politician in Bridgeport, Connecticut. Newton served for seventeen years in the Connecticut General Assembly, serving in the Connecticut House of Representatives from 1988 to 2003 and in the Connecticut State Senate from 2003 to 2006. He pleaded guilty to federal felony corruption charges in September 2005 and served several years in federal prison. Newton was released in February 2010 and in 2012 unsuccessfully attempted a political comeback, losing in the primary in a race for his old state Senate seat. In 2015, Newton was convicted on separate state campaign finance fraud charges; those convictions were overturned on appeal in 2018.

Elections held in the state of Washington on November 6, 2012. A nonpartisan blanket primary was held on August 7, 2012. 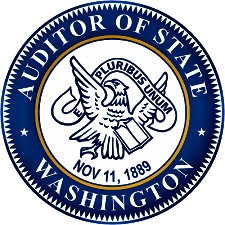 The State Auditor of Washington is an independently elected constitutional officer in the executive branch of the government of the U.S. State of Washington. Eleven individuals have held the office of State Auditor since statehood. The incumbent is Pat McCarthy, a Democrat and the first woman to occupy the office. 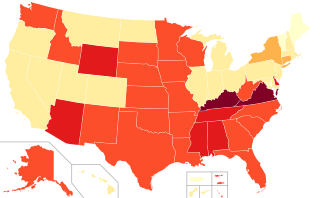 A general election was held in the U.S. state of Washington on November 8, 2016. The primary was held on August 2.

The Public Interest Legal Foundation (PILF) is an American conservative legal group based in Indianapolis, Indiana, which is known for suing states and local governments to purge voters from election rolls. The nonprofit was constituted in 2012.

Michael J. Pellicciotti is an American attorney and politician who has served as the Washington State Treasurer since 2021. He previously served as a Democratic member of the Washington House of Representatives for the 30th legislative district, which includes Federal Way, Algona, Auburn, Pacific, Milton, and Des Moines from 2017 to 2021.

Postal voting played an important role in the 2020 United States elections, with many voters reluctant to vote in person during the ongoing COVID-19 pandemic. The election was won by Joe Biden, the Democratic candidate. The Republican candidate President Donald Trump made numerous false claims of widespread fraud arising from postal voting, despite nearly-universal agreement to the contrary, with overwhelming amounts of supporting evidence, by the mainstream media, fact-checkers, election officials, and the courts.