Trujillo is the capital city of Trujillo State in Venezuela. [1] About 40,000 people live in this city, [2] located in El Valle de Los Mukas.

In 1678, Trujillo was the farthest point in a daring raid on Spanish-held Venezuela, carried out by six pirate ships and 700 men led by the French buccaneer Michel de Grammont.

Trujillo State is one of the 23 states of Venezuela. Its capital is Trujillo but the largest city is Valera. The state is divided into 20 municipalities and 93 parishes. Trujillo State covers a total surface area of 7,198 km2 (2,779 sq mi) and, has a 2011 census population of 686,367.

Diego García de Paredes (1466–1534), Spanish soldier and duellist, was a native of Trujillo in Extremadura, Spain.

The Battle of Curalaba is a 1598 battle and ambush where Mapuche people led by Pelantaru soundly defeated Spanish conquerors led by Martín García Óñez de Loyola at Curalaba, southern Chile. In Chilean historiography, where the event is often called the Disaster of Curalaba, the battle marks the end of the Conquest of Chile period in Chile's history, although the fast Spanish expansion in the south had already been halted in the 1550s. The battle contributed to unleash a general Mapuche uprising that resulted in the Destruction of the Seven Cities. This severe crisis reshaped Colonial Chile and forced the Spanish to reassess their mode of warfare.

Alonso de Estrada was a colonial official in New Spain during the period of Hernán Cortés's government, and before the appointment of the first viceroy. He was a member of the triumvirates that governed the colony for several short periods between 1524 and 1528, in the absence of Cortés. 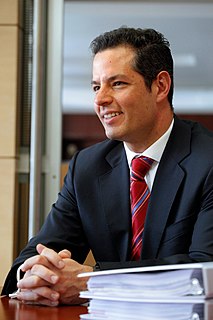 The Governor of Oaxaca, who as of 2020 is Alejandro Murat Hinojosa, heads the executive branch of the Mexican state of Oaxaca. The office is created by the state constitution, which specifies a term of 6 years and prohibits reelection. The governor takes office on December 1, and the term ends on November 30 six years later. 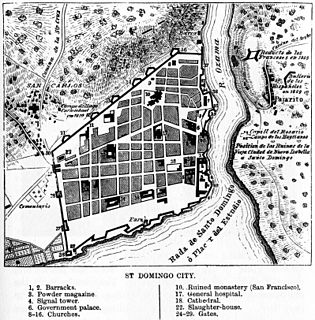 The Marquessate of the Valley of Oaxaca is a hereditary marquessal title in the Spanish nobility and a former seignorial estate in New Spain. It was granted to Don Hernán Cortés, conquistador who led the conquest of the Aztec Empire, by Charles V, Holy Roman Emperor in 1529. Despite its name, the marquessate covered a much larger area than the Valley of Oaxaca, comprising a vast stretch of land in the present-day Mexican states of Oaxaca, Morelos, Veracruz, Michoacán and Mexico. 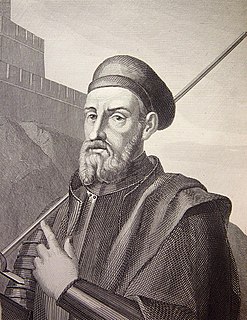 Diego García de Paredes y Vargas was a maestre de campo and a Spanish conquistador who participated in, among other things, the Battle of Cajamarca. He also founded Trujillo, Venezuela in 1557. 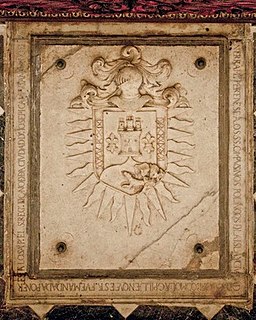 La Pola is a Colombian drama telenovela based on historical facts and directed by Sergio Cabrera for RCN Televisión. The series tells the political and loving life of Policarpa Salavarrieta, a woman who became one of the most important figures in the history of the Independence of Colombia for preferring death instead of submission. The series originally aired from September 13, 2010 to July 27, 2011.

Miguel I of Buría, also known as King Miguel, Miguel the Black and Miguel Guacamaya, was a former slave from San Juan, Puerto Rico who reigned as the King of Buría in the modern-day state of Lara, Venezuela. His incumbency began in 1552 and lasted until some point between 1553 and 1555.

Hope for Change is a Venezuelan political party registered by the Consejo Nacional Electoral (CNE) with the shortened name El Cambio. In the 2018 presidential election, Venezuelan pastor and party leader Javier Bertucci received enough votes to turn Hope for Change into an official political party. Aside from Bertucci, other leaders of the party include Alfonso Campos, the party's Secretary-General, Jeickson Portillo, its National Coordinator, and Luis Adames, its Undersecretary.

Manuel Trujillo Durán was a Venezuelan photographer who pioneered film in Venezuela. Trujillo was most successful as a photographer, though he dabbled in other industries and is best remembered for his connections to the fledgling film industry in Venezuela. He became one of the first people from Latin America to learn how to show films; he was thought for many years to be the director of Venezuela's first films, and traveled through Venezuela and Colombia with projectors to introduce cinema to this part of the South American continent.

Un célebre especialista sacando muelas en el gran Hotel Europa was the first Venezuelan film. It was screened at the Baralt Theatre in Maracaibo, Zulia on 28 January 1897 as the second in a film block of four; the block also featured another film from Maracaibo. Little is known about the film's production, and scholars are uncertain of the identity of its director. 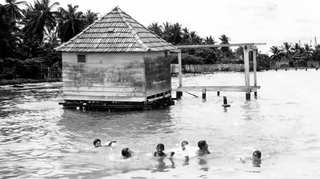