Trygve Seim (born 25 April 1971) is a Norwegian jazz musician (saxophone) and composer. He started to play the saxophone in 1985 after hearing Jan Garbarek's CD Eventyr.

In 1991, he and fellow student, the pianist Christian Wallumrød founded the group Airamero in 1991, including bassist Johannes Eick and drummer Per Oddvar Johansen. The band released the album Airamero in 1994. It also undertook several concert tours in Scandinavia and Germany.

Seim became part of Jon Balke's band Oslo 13 in 1992, and took over the joint leadership of this orchestra in 1994 together with Morten Halle and Torbjørn Sunde. Now the band is called 1300 Oslo. He is also a member of jazz quartet The Source with Øyvind Brække, Mats Eilertsen and Per Oddvar Johansen. They have made five records and played several concert tours all over Europe and Russia, and played with Edward Vesala and Kenny Wheeler. [3]

Seim's debut CD release as a leader, Different Rivers, released on the German record label ECM in 2001, received good reviews all over the world, winning the German Record Critics Prize, "Jahrespreis – Preis der Deutschen Schallplattenkritik". Since then, he has released several records on ECM. [3]

He has, more recently, composed music for classical musicians, especially Norwegian mezzo-soprano Anne-Lise Berntsen, soprano Tora Augestad, violinist Atle Sponberg and such as his new work Between Voice and Presence for the Trio Mediaeval. For the 2006 Vossajazz Festival, he wrote a full-length commissioned concert, Reiser.

In 2014 Seim contributed on Mats Eilertsen's Rubicon, the commissioned work for Vossajazz 2014. On this occasion he was the stand-in for Tore Brunborg who missed the event. Currently (2014) he has been touring with his own Trygve Seim Ensemble performing his own compositions. In addition he collaborates in "Trygve Seim/Frode Haltli Duo", the quartet The Source and soprano Tora Augestad's "Music for a While". He also tour and record within projects like Iro Haarla Quintet, Sinikka Langeland’s group "Starflowers", Jai Shankar Ensemble.

In October, Seim announced on Facebook that his next album Rumi Songs would be released on ECM in early 2016.

Seim has two children with the Norwegian journalist and writer Åsne Seierstad (b. 1970). [4]

Trygve Seim on records released by other record labels:

The Source established in 1993 in Trondheim, Norway, is a Norwegian jazz band known for its many recordings and collaborations in musical fusion concepts. Their Christmas concerts are considered a tradition in Norway. 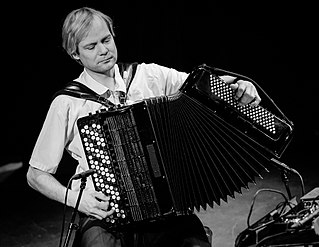 Mathias Eick is a Norwegian jazz musician, and the brother of the jazz musicians Johannes Eick and Trude Eick. He is mainly known from his releases on the jazz label ECM Records. His main instrument is the trumpet, but he also plays upright bass, vibraphone, piano and guitar. He has performed with several well-known music groups and musicians, e.g. Jaga Jazzist, Manu Katché, and the Trondheim Jazz Orchestra together with Chick Corea and Pat Metheny. Besides this he is also known for his collaboration with Norwegian singer-songwriter Thomas Dybdahl, and recordings with the Norwegian bands Turboneger, DumDum Boys, Motorpsycho, D'Sound and Bigbang.

The Gammleng Award is a Norwegian culture award created by The Fund for Performing Artists in 1982, 25 years after the fund was established in 1957. It is awarded to for music and theatre. The award is named after Rolf Gammleng, who was leading the Norwegian Musicians' Union when the fund was created. It is awarded each year to around 10 artists in various classes. The total award amounts is 410 000 kroner. 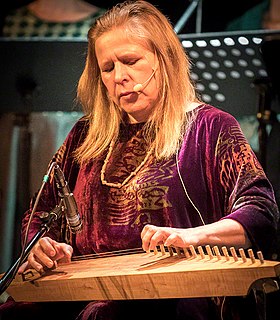 Sinikka Langeland is a Norwegian traditional folk singer and musician (kantele), known for combining traditional music with elements of jazz.

Lars Andreas Haug is a Norwegian jazz musician (tuba), known from a variety of jazz groups and recordings. 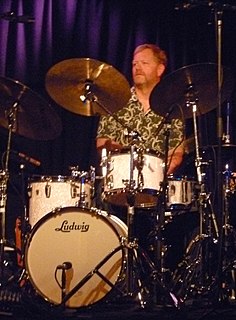 Eldbjørg Raknes is a Norwegian jazz vocalist known for her a cappella vocal performances, innovative improvised vocals and electronic effects. She has collaborated with musicians such as Jon Balke, Anders Jormin, Bendik Hofseth, Christian Wallumrød, Arve Henriksen, Ketil Bjørnstad, and Ståle Storløkken. She is the sister of the bassist Steinar Raknes. 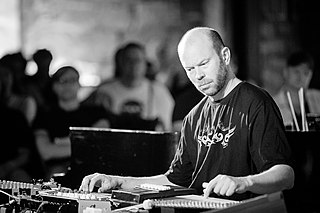 Christian Wallumrød is a Norwegian jazz musician and composer, and is considered one of the most prominent musicians of the younger Norwegian generation, known from releases with his own Christian Wallumrød Ensemble on the German label ECM Records, while regularly touring and appearing in festivals in Norway, elsewhere in Scandinavia and Europe, and in the US. He is the brother of jazz vocalist Susanna Wallumrød and the drummer Fredrik Wallumrød, and cousin to the pianist David Wallumrød. 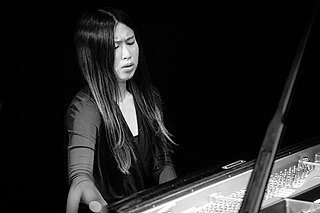 Ayumi Tanaka is a Japanese pianist and composer, known for numerous albums with Norwegian and international jazz musicians.

Touchstone for Manu is a jazz compilation album by Manu Katché. This album was released in the label ECM Records in August 2014.