Tsjuder is a Norwegian black metal band founded in 1993.

The name Tsjuder was picked from the Norwegian movie Pathfinder (Veiviseren). The Tsjuder (or Chud) was a mythical Northern Finnic tribe.

Originally from Oslo, Tsjuder was formed in 1993 by bassist and vocalist Nag and guitarist Berserk, with second guitarist Draugluin joining in 1994. [1] [2] After a year of rehearsals and writing, the band record their first demo tape, entitled Ved Ferdens Ende—shortly after, Berserk left the band. [2] Tsjuder replaced him with drummer Torvus for their second demo tape, 1996's Possessed. [1] The following year, Tsjuder underwent another change in its formation, with Torvus being fired, and his replacement Desecrator, along with American guitarist Diabolus Mort, recorded the Throne of the Goat EP, released through Solistitium Records in 1997. [2] Later in 1998, both Diabolus Mort and Desecrator left the band due to "lack of interest". The full-length debut album was then planned with Blod from Gehenna on drums, and Arak Draconiiz from Isvind; who joined the band as guitarist. They then, recorded the promo Atum Nocturnem actually meant for Blod to rehearse, but indie labels had begun to pay attention to Tsjuder's "totally uncompromising brand of brutal, speed-addicted black metal" [1] and it was eventually released by At War Records in 1999. [2] Later that year, Tsjuder signed a deal for two albums with Drakkar Productions, and the debut album Kill for Satan was recorded. [2] Because of time limits and that Blod was unable to join the band on the first planned tour in 2000, Christian "Anti-Christian" Svendsen joined instead on the drums. [2]

After the release of Kill for Satan, Arak Draconiiz moved away from Oslo, and was replaced by Pål. In October 2001, Svendsen had to leave the band, [2] because he got tendinitis in both arms. Guitarist Pål also left the band due to his working hours. Svendsen was replaced by Jontho of Ragnarok, and this line-up recorded from December 2001 to January 2002, which became the band's second studio album Demonic Possession, which was released through Drakkar Productions in 2002. Norwegian label Mester Productions also re-released the Throne of the Goat EP on picture disc in a limited edition of 666 copies that same year. [2] In 2003, the recovered Svendsen returned to Tsjuder, replacing the drummer Jontho. The band signed to the French label Season of Mist in April 2004, [2] and, after striking this new deal, their third full-length Desert Northern Hell was released in November 2004. Tsjuder toured Europe with Carpathian Forest in early 2005. [3]

As of 2006 the band had split up, [4] but reunited to play at Wacken Open Air festival in August 2011 and continued to tour afterwards. [5] A fourth studio album, Legion Helvete was released in October 2011 and a fifth, Antiliv, in September 2015. The band are reportedly working on a sixth album, scheduled for release in 2020, but without drummer Svendsen who left in June of the same year.

Tsjuder's lyrics are written prior to the music, [6] and are based on topics such as darkness, death, evil, hatred, demons, antireligious themes, Satanism, horror films, and the fictional book Necronomicon , that appears in the stories of horror novelist H. P. Lovecraft, considered as a "great source of inspiration" by frontman Nag. [8] [9] 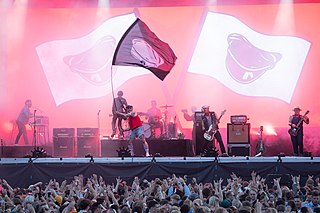 Turbonegro is a Norwegian rock band, active from 1989 to 1998, and 2002 to the present. The band combines glam rock, punk rock, and hard rock into a self-described "deathpunk" musical style.

Averse Sefira was a black metal band from Austin, Texas. 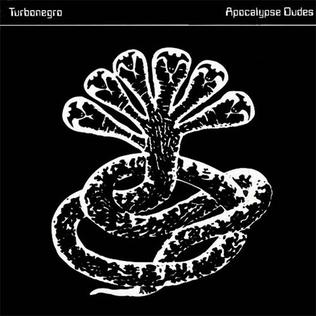 Apocalypse Dudes is the fourth album by the Norwegian band Turbonegro. It is the first studio album with Euroboy as the lead guitarist and the last before the band disbanded in December 1998. Released in early 1998 in Norway and Germany, the album was a huge success for the then underground band.

Mütiilation was a French black metal project, traditionally known as a group, but later a solo project that consisted solely of its founder William "Meyhna'ch" Roussel who maintained activity under the name until its closing in 2017. Mütiilation has released six full-length albums and appeared on several EPs and compilations.

Taake is a Norwegian black metal band from Bergen, formed in 1993 and originally named Thule. The band's one continuous member is Hoest, who writes all and records most of the music. He has released seven full-length albums and several EPs. The band describes itself as "True Norwegian black metal", and Hoest said that he wants to "awaken national pride and cultural nostalgia in my Norwegian listeners" as well as to remind people "that Hell is right here on Earth and that humans can be demons". All lyrics are in Hoest's native dialect and are printed in Norse runes. Taake is the old spelling of the Norwegian word tåke, meaning "fog".

Sturmgeist is an experimental black/thrash metal band formed by Cornelius Jakhelln in 2002.

Grimfist is a Norwegian blackened death metal band from Oslo. Founded in October 2001, they are currently signed to Candlelight Records, with whom they have released two albums. 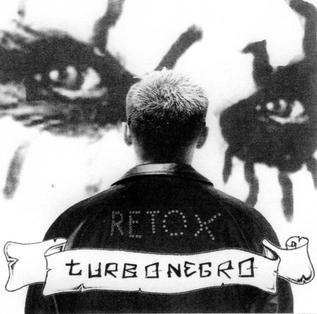 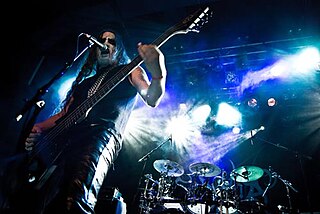 Black Flame is an Italian black metal band, formed in 1998 in the districts surrounding the towns of Asti and Turin.

Impiety is a Singaporean black metal band, formed in early 1990 by Shyaithan (vocals/guitar/bass) and drummer Necro-Angelfornicator. They are notable for being one of the first metal, extreme metal bands to emerge from Singapore.

Archgoat is a Finnish extreme metal band formed in 1989 by twin brothers Ritual Butcherer on guitar and Lord Angelslayer on bass and vocals. The members of Archgoat openly identify with the philosophy of Satanism and the occult as expressed in their lyrical content, which also consists of anti-Christian themes. 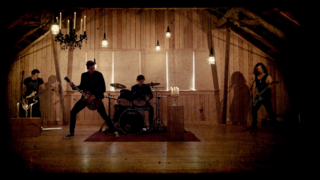 Tonic Breed is a Norwegian thrash and heavy metal one-man music project by Patrik K. Svendsen. Until 2019, Tonic Breed was a four pieced band, established in Sarpsborg, Norway in 2006. As of 2021, Tonic Breed has released three albums, their most recent being, Install Memory, on September 14, 2018. Besides the three studio albums, the band has also released five singles and twelve music videos.