USS PC-457 was a submarine chaser of the United States Navy before World War II.

PC-457 was built in 1939 as the yacht Trouper by Robert Jacob and Sons shipyard of City Island, New York for C. A. Tilt of Chicago, IL, the president of the Diamond T Motor Company.

She was acquired by the US Navy in 1940 due to the Navy's rapidly rising demand for patrol craft as the war in Europe expanded. She was commissioned in 1941.

On 14 August 1941 she was sunk in a collision near San Juan, Puerto Rico with freighter Norluna (

United States). "Official Chronology of the US Navy in WWII". Ibiblio. Retrieved 5 March 2014.

USS Mason (DE-529), an Evarts-class destroyer escort, was the second ship of the United States Navy to be named Mason, though DE-529 was the only one specifically named for Ensign Newton Henry Mason. USS Mason was one of two US Navy ships with largely African-American crews in World War II. The other was USS PC-1264, a submarine chaser. These two ships were manned by African Americans as the result of a letter sent to President Roosevelt by the NAACP in mid-December 1941. Entering service in 1944, the vessel was used for convoy duty in the Battle of the Atlantic for the remainder of the war. Following the war, Mason was sold for scrap and broken up in 1947.

USS YP-422 was a United States Navy yard patrol (YP) boat that served the United States Navy in World War II from 1942 to 1943. Built in 1941 as the fishing trawler Mist, she was acquired by the US Navy in June 1942 and was converted for naval use by George Lawley & Son of Neponset, Massachusetts. She was commissioned on 28 July 1942 and was put into service to patrol the waters around the Boston Navy Yard. The vessel was lightly armed with a 3-inch gun and two .30 caliber machine guns.

USS LCT-209 was a Landing Craft Tank Mk V built by Bison Shipbuilding of Buffalo NY. The keel was laid in September 1942 and the vessel was launched in October 1942. LCT-209 served as part of Force O-2 at Fox Green sector of Omaha Beach, Normandy, on D-Day, 6 June 1944.

USS Detector (AMc-75) was an Accentor-class coastal minesweeper acquired by the U.S. Navy for the dangerous task of removing mines from minefields laid in the water to prevent ships from passing.

The USS Araner (IX-226) was laid down as the liberty ship Juan de Fuca under a Maritime Commission contract on 15 November 1942 at Vancouver, Washington, by the Oregon Shipbuilding Company and launched on 27 December 1942. The ship was delivered to the War Shipping Administration (WSA) on 11 January 1943 and immediately placed under a standard WSA operating agreement with Weyerhauser Steamship Company. 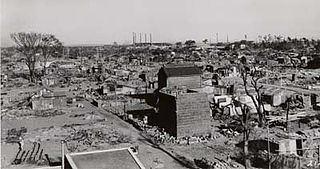 The Bombing of Hiratsuka in World War II was part of the strategic bombing campaign waged by the United States against military and civilian targets and population centers during the Japan home islands campaign in the closing states of World War II.

USS PC-470 was a PC-461-class submarine chaser built for the United States Navy during World War II. She was later renamed Antigo (PC-470) but never saw active service under that name.

The French destroyer Aigle was the lead ship of her class of destroyers (contre-torpilleurs) built for the French Navy during the 1920s. 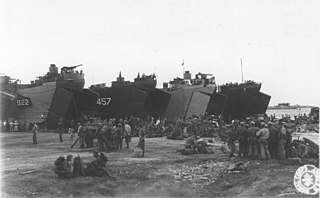 The USS YP-72 (ex-Cavalcade) was a converted fishing vessel which served as an auxiliary patrol boat in the U.S. Navy during World War II.

USS YP-88 was a converted fishing vessel which served as an auxiliary patrol boat in the U.S. Navy during World War II.