Udayamperoor is a town situated in Ernakulam district, Kerala, in India. 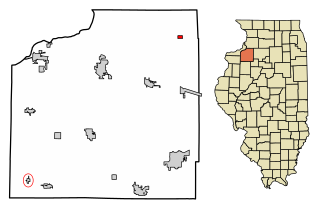 The District of Viseu is located in the Central Inland of Portugal, the District Capital is the city of Viseu.

Mayo-Kebbi Ouest is one of the 23 regions of Chad. Its capital is Pala. It is composed of the southern areas of the former prefecture of Mayo-Kebbi.

Ľubovec is a village and municipality in Prešov District in the Prešov Region of eastern Slovakia.

Warda is an unincorporated community in northern Fayette County, Texas, United States the area became settled in 1854 by the Wends of Texas. Although it is unincorporated, Warda maintains a post office, with the ZIP code 78960.

Kəlfərəc is a village in the Ismailli Rayon of Azerbaijan. The village forms part of the municipality of Tağlabiyan.

Busina is a village in the administrative district of Gmina Poddębice, within Poddębice County, Łódź Voivodeship, in central Poland. It lies approximately 7 kilometres (4 mi) south-west of Poddębice and 39 km (24 mi) west of the regional capital Łódź.

Zawada is a village in the administrative district of Gmina Bochnia, within Bochnia County, Lesser Poland Voivodeship, in southern Poland. It lies approximately 9 kilometres (6 mi) south of Bochnia and 37 km (23 mi) south-east of the regional capital Kraków.

Madalin is a village in the administrative district of Gmina Rędziny, within Częstochowa County, Silesian Voivodeship, in southern Poland. It lies approximately 15 kilometres (9 mi) north-east of Częstochowa and 76 km (47 mi) north of the regional capital Katowice.

Roskajmy is a village in the administrative district of Gmina Sępopol, within Bartoszyce County, Warmian-Masurian Voivodeship, in northern Poland, close to the border with the Kaliningrad Oblast of Russia. It lies approximately 7 kilometres (4 mi) north-west of Sępopol, 9 km (6 mi) north-east of Bartoszyce, and 63 km (39 mi) north-east of the regional capital Olsztyn.

Tupalovce is a village in the municipality of Leskovac, Serbia. According to the 2002 census, the village has a population of 380 people.

Baata is a town and commune in Médéa Province, Algeria. According to the 1998 census it has a population of 3192.

Gornja Trnica is a village in the municipality of Trgovište, in southeastern Serbia. According to the 2002 census, the village has a population of 86 people.

Gulijan is a village in the municipality of Svrljig, Serbia. According to the 2002 census, the village has a population of 201 people.

Mahajarabad is a village in Goli Jan Rural District, in the Central District of Tonekabon County, Mazandaran Province, Iran. At the 2006 census, its population was 15, in 4 families.

Kandanad Valiyapally aka St. Mary's Orthodox Cathedral, Kandanad is a prominent church in the Kandanad village of Ernakulam District of Kerala. This Church believed to be built around AD 4th century, belongs to Kandanad Diocese of Malankara Orthodox Church.