Udayarpalayam is a panchayat town near Jayankondam in Ariyalur district in the Indian state of Tamil Nadu.

It has many government and private schools and education institutes also.

The main occupations of this town is agricultural, fishing, and hand looms

The soil type found here is predominantly while red loam, clay loam & black cotton varieties are widely common in the outer edge of the city.

The major crop is paddy rice; other crops include millet, legumes, oil seed, sugarcane and cotton.

The zaminadiri system existed still 1956, Chinnanalla Udayar, was the last Zamindar, who ruled till 1956. Even now their successors are found in the town. The town has a large palace and a temple and temple tank within its premises. [2]

Udayarpalayam is 255 km from Chennai.

On the south around 29 km from kumbakonam via Neelathanallur-Mathanathur bridge.

On the east and 30 km from Ariyalur.

On the east and 58 km from away Chidambaram.

Udayarpalayam Town limit extends over an area of 12 km2.

Udayarpalayam town is located at a distance of 45 km from the district headquarters on the State Highway (SH 4), which runs form Tiruchirappalli to Chidambaram.

The town is located at a distance of 85 km on the north eastern side of Tiruchirappalli.

The other towns of the region namely, Ariyalur, Virudhachalam, Kumbakonam, Tanjore and Perambalur are located within a distance of 50 km from the town and are well connected by state and private run buses.

The town is also connected to all the parts of the state. Ariyalur is the nearest railway station and is 28 km from the town.

As far as tourism potential of the town is concerned, the historic monuments and the heritage elements which are to be utilized to optimum levels and included in the tourist circuit of the region.

There are large numbers of tourist places, namely Gangaikonda Chozhapuram, Chidambaram; Thanjavur etc., located within a radius of 100 km of the town.

Nearby cities and towns 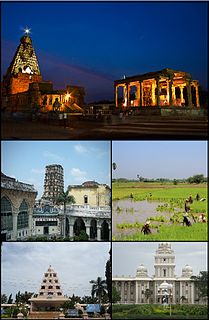 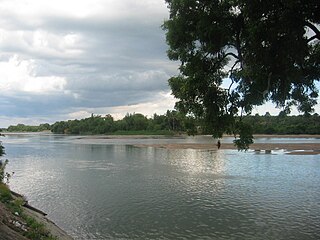 Gaṅgaikoṇḍa Chōḻapuram is a village located near to Jayankondam, Ariyalur district, Tamil Nadu, India. It became the capital of the Chola dynasty in c. 1025 during the reign of Rajendra Chola I, and served as the Chola capital for around 250 years. 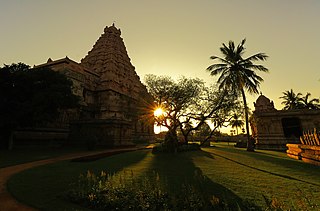 Ariyalur district is an administrative district, one of the 38 districts in the state of Tamil Nadu in India. The district headquarters is located at Ariyalur. The district encompasses an area of 1,949.31 km². 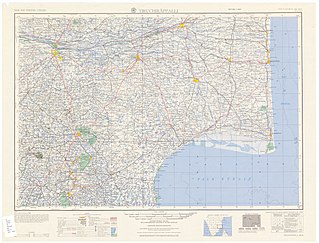 Chola Nadu was a region of Tamil Nadu state in southern India. It encompasses the lower reaches of the Kaveri River and its delta, and formed the cultural homeland and political base of the Chola Dynasty which ruled large parts of South India and parts of Sri Lanka between the 9th and 13th centuries CE. Uraiyur served as the early Chola capital, then medieval Cholas shifted to Thanjavur and later cholas king Rajendra Chola I moved the capital to Gangaikonda Cholapuram in Ariyalur in the 11th century CE.

Jayankondam is a Second Grade Municipality in Ariyalur district of Tamil Nadu in India. As of 2011, the town had a population of 33,945.

Kattumannarkoil is a panchayat town and taluk headquarters in Cuddalore district in the Indian state of Tamil Nadu. Kattumannarkoil Town Panchayat constituted in 1892. The town is coming under the administrative territory of Cuddalore District. The town extends over an area of 19.425 km2. The town is situated along 25 km South West of Chidambaram and lies on the Chidambaram - Coimbatore Highway and 25 km East of Srimushnam and a similar distance north-east of Gangaikonda Cholapuram. The entire road route from Sethiathoppu to Kattumannarkoil runs alongside the Veeranam Lake. The newly built Muttam bridge provides connectivity to Mayladuthurai in the south at the distance of 30 km.

Needamangalam (Nidamangalam) formerly Yamunambalpuram, is a town panchayat in Thiruvarur district(Composite Tanjore Dist) in the Cauvery Delta of Indian state of Tamil Nadu. Needamangalam was originally part of composite Tanjore District during British Raj until 1997 AD. In the 18th and 19th century, it was also called Yamunambalpuram. Needamangalam is the headquarters of the Needamangalam Taluk. The town is located 20 km east of Thanjavur, 80 km east of Tiruchirappalli and 318 km south of Chennai. Needamangalam is a junction for two busy highways, (i) National Highway 67 is a National Highway in Southern Indian states of Tamil Nadu and Karnataka that runs from Nagapattinam, a sea-side town in Tamil Nadu to Gundlupet, Karnataka (ii) State Highway SH-66 connecting Kumbakonam with Adirampattinam via Mannargudi in Cauvery Delta.

Papanasam is a panchayat town in Thanjavur district in the Indian state of Tamil Nadu. It is located 25 kilometres (16 mi) from Thanjavur and 15 kilometres (9.3 mi) from Kumbakonam. The name literally translates to "Destruction of Sins" in the Tamil language. It is the suburban region of business city of Kumbakonam.

Sethiyathope is a panchayat town in Bhuvanagiri Taluk, Cuddalore district in the Indian state of Tamil Nadu. It is situated on a crossroads of the Chennai-Tanjore (NH-45C) highway. Sethiyathope was established as a civilian town by the Cholas in the 11th century C.E. According to Tamil scholars, Sethiyathope was formed as a settlement when the famous Chola King Rajendra moved his capital from Thanjavur to Gangaikondacholapuram which lies 20 km south.

Thirukattupalli is a panchayat town near Thiruvaiyaru in Thanjavur district in the Indian state of Tamil Nadu. The economy of this town is majorly based on the agricultural lands of the surrounding villages. Its nearby major cities include Thanjavur and Trichy. Modes of transportation to these cities include regular daily bus services and Budalur Railway Station. Sir P. S. Sivaswami Iyer Higher Secondary School located at the heart of this town serves as the alma-mater for nearly all locals.

Thiruvidaimarudur is a panchayat town in Thanjavur district, in the Indian state of Tamil Nadu. The town is notable for its Mahalingeshwarar Temple, a Hindu shrine for Lord Shiva.

Ariyalur is a town and district headquarters of Ariyalur district in the South Indian state of Tamil Nadu and rich limestone and surrounded with seven cement factories and two sugar factories. The town is located at a distance of 310 km (190 mi) from the state capital Chennai.

Airavatesvara Temple is a Hindu temple of Dravidian architecture located in the town of Darasuram, near Kumbakonam, Thanjavur District in the South Indian state of Tamil Nadu. This temple, built by Rajaraja Chola II in the 12th century CE is a UNESCO World Heritage Site, along with the Brihadeeswara Temple at Thanjavur, the Gangaikondacholisvaram Temple at Gangaikonda Cholapuram that are referred to as the Great Living Chola Temples.

Thanjavur District is one of the 38 districts of the state of Tamil Nadu, in southeastern India. Its headquarters is Thanjavur. The district is located in the delta of the Cauvery River and is mostly agrarian. As of 2011, Thanjavur district had a population of 2,405,890 with a sex-ratio of 1,035 females for every 1,000 males. 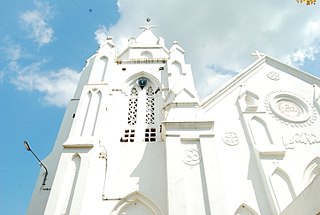 Ambapur is a village in the Ariyalur taluk of Ariyalur district, Tamil Nadu, India.

Kaiperambalur is a panchayat village of the Kizhamathdur district in Perambalur, Tamil Nadu, India. It was formally part of the Tiruchirappalli district.

Kuzhavadaiyan is a village in the Udayarpalayam taluk of Ariyalur district, Tamil Nadu, India.