Uncle Sam is the self-titled 1997 debut album from Uncle Sam. It includes the hit single "I Don't Ever Want To See You Again" and the cover "Tender Love". On the worldwide release, a few bonus tracks were included.

Uncle Sam is an American R&B singer. He is best known for being signed to Boyz II Men's Stonecreek Records imprint in the late 1990s.

Brother Jonathan is the personification of New England. He was also used as an emblem of the USA in general, and can be an allegory of capitalism. The epithet "Brother Jonathan" was originally one for the USA and not just New England, as described in Jonathan Trumbull's biography.

James Montgomery Flagg was an American artist, comics artist and illustrator. He worked in media ranging from fine art painting to cartooning, but is best remembered for his political posters. 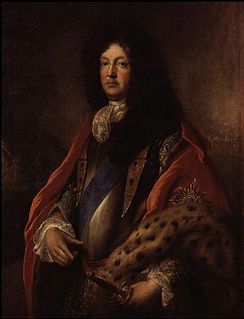 "Lillibullero" is a march that became popular in England at the time of the Glorious Revolution of 1688.

Freedom Fighters is a fictional superhero team appearing in American comic books published by DC Comics. The original six characters were Black Condor, Doll Man, the Human Bomb, Ray, Phantom Lady, and Uncle Sam. Although the characters were created by Quality Comics, they never were gathered in a group before being acquired by DC. The team first appeared in a Justice League of America/Justice Society of America team-up, which ran in Justice League of America #107–108, written by Len Wein and drawn by Dick Dillin. Their own ongoing series premiered with Freedom Fighters #1, written by Gerry Conway and Martin Pasko, and drawn by Ric Estrada. 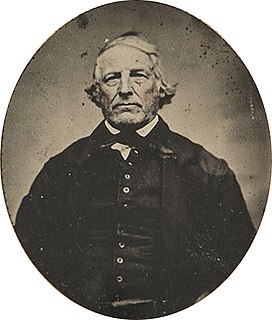 Samuel Wilson was a meat packer from Troy, New York whose name is purportedly the source of the personification of the United States known as "Uncle Sam". 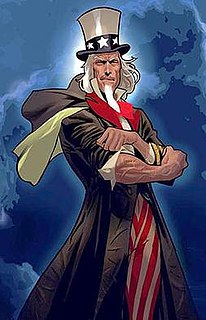 Uncle Sam is a fictional character appearing in American comic books published by DC Comics. Based on the national personification of the United States, Uncle Sam, the character first appeared in National Comics #1 and was created by Will Eisner.

Neon the Unknown is a fictional superhero from the Golden Age of Comic Books created by Jerry Iger for Quality Comics. Neon first appeared in a story penciled and inked by Lou Fine in Hit Comics #1 and was featured on the cover of that same issue. His stories ran in issues 1–17.

The Invisible Hood is a fictional superhero in the DC Comics Universe. He was originally owned by Quality Comics, but was later acquired by DC Comics, along with other Quality characters. He first appeared in Smash Comics #1, and was created by Art Pinajian, Pinajian illustrated the story under the pseudonym "Art Gordon".

"Uncle Sam" is a song by the English ska/pop band Madness from their 1985 album Mad Not Mad. It was predominantly written by their saxophonist Lee Thompson, but partially credited to their guitarist Chris Foreman. 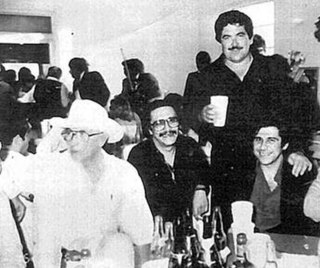 Juan Nepomuceno Guerra Cárdenas was a Mexican crime lord, bootlegger, businessman and smuggler who founded the Gulf Cartel, a drug trafficking organization. He is often considered the "godfather" of U.S-Mexico border cartels.

Hi Uncle Sam! is a poem by Irish poet Rev. William Forbes Marshall. It asks of Americans that they remember the input and support of immigrants from Ulster on the United States throughout the American Revolution.

The McGee Brothers were an American old-time performing duo of brothers Sam McGee and Kirk McGee. Sam typically played guitar and Kirk usually played banjo or fiddle, although they were both proficient in multiple string instruments. The McGee Brothers were one of the most enduring acts on the Grand Ole Opry during the show's first fifty years. They made their initial appearance on the Opry in 1926 and the following year joined Uncle Dave Macon's band, the Fruit Jar Drinkers. In the 1930s, the McGees teamed up with early Opry fiddler Arthur Smith to form a string band known as the "Dixieliners," and in the 1940s they played and toured with Bill Monroe and His Bluegrass Boys and several other notable acts. 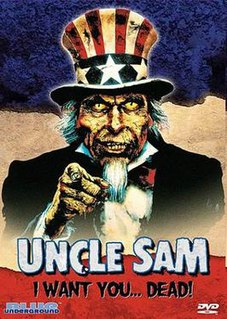 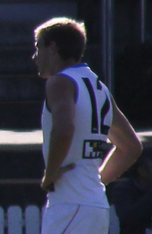 Sam Day is an Australian rules footballer who plays for the Gold Coast Football Club in the Australian Football League (AFL).

"Dear Uncle Sam" is a song written and originally recorded by American country artist Loretta Lynn. It was released as a single in January 1966 via Decca Records.

Outlaw Women is a 1952 American western film directed by Sam Newfield and Ron Ormond and starring Marie Windsor, Richard Rober and Carla Balenda. It is set in a remote small town run entirely by women. The film was made in Cinecolor and released by the low-budget specialist Lippert Pictures.