UniLaSalle is one of the 210 French engineering schools authorized to award engineering degrees. It was created following the merger of ESITPA and LaSalle Beauvais. UniLaSalle is a private higher education establishment offering integrated degree programs (accessible directly after high school). It has two campuses, one in Beauvais and the other in Rouen. It offers three- or five-year degree programs, including engineering degrees in the fields of agriculture, the food industry, food and health, environmental studies and geology. It also offers continuing education and short programs in these fields. It is a non-profit organization created under the 1901 Act. On July 7, 2016, UniLaSalle (under its legal name "Institut Polytechnique UniLaSalle [1] ") was officially recognized as an EESPIG [2] (établissement d'enseignement supérieur privé d'intérêt général, or private higher education establishment in the public interest).

It was annexed to the Institut Catholique de Paris (ICP) in 1921.

During the two World Wars, it was requisitioned as a military hospital. The building was damaged by a terrible fire in 1939.

In 1964, the ISAB program in agricultural engineering was approved by the Commission des Titres d'Ingénieur (CTI).

The school opened its new campus in 1968, near its experimental farm.

In 1999, ISAB received authorization to award engineering degrees on an apprenticeship basis.

In 2002, a new program in Food & Health Engineering was introduced.

In 1959, the Institut Géologique Albert-de-Lapparent (IGAL) was set up within the Faculté libre des Sciences at ICP.

IGAL became independent in 1978, but maintained close relations with ICP.

In 1985, IGAL was officially recognized by the French government. Both of its degree programs (General Studies and Geology) obtained official accreditation in 1994.

In 2001, the school was authorized to award engineering degrees.

In 1919, the Institut Technique de Pratique Agricole (ITPA) was set up in Paris (at 38 rue des Écoles in the 5th arrondissement) by Jules-Edouard Lucas. [4] Lucas was 34 when war broke out and he was involved in intensive farming efforts during the war years. In 1915, he founded the Société auxiliaire, directed by Tony Ballu, an agronomic engineer who had graduated from the Institut National Agronomique (INA) in 1903. In 1916, Lucas became director of the Société d'exploitation agricole de la Brenne, whose secretary-general was Henri Bocher (an INA graduate in 1883). Lucas presented a report to the Académie d'Agriculture on the milk supply situation in Paris in 1917, based on data provided by the health department of the Seine Prefecture, railway companies, dairy companies and dairy unions. In 1919, he was appointed director of the Société d'exploitation et de reconstruction agricole, where he had the idea of "creating a teaching establishment after seeing the needs of agriculture, the lack of technicians and the situation of men returning from the battlefield without the opportunity to continue their studies".

It was in 1919, at the Beauregard estate in Mézières-en-Brenne, "during a meeting between Jules-Edouard Lucas, Henri Bocher and André Leroy (INA graduates in 1911), that the idea to set up ITPA emerged, and fellow agronomists were asked to come and join the team". As founder of ITPA, Jules-Edouard Lucas appointed Henri Bocher as director and Tony Ballu – a farmer based in Epernay who used innovative methods involving agricultural machinery – as his deputy, and made the farm in Gournay-sur-Marne available for use by the school. In 1923, Lucas became secretary of the Seine-et-Oise Departmental Agricultural Office, and in 1927 he was elected as a member of the Seine-et-Oise Chamber of Agriculture. He was immediately elected President of the Chamber and sat alongside his peers at the first meeting of the Presidents of Chambers of Agriculture in October 1927, organized by Joseph Faure. At this meeting he remained silent, but at the following session on March 22, 1928, he spoke at length in favor of an "organized secretariat", "which would be responsible for both documentation and implementation", and which would have sufficient resources to carry out its work effectively. This would become the Assemblée permanente des Chambres d'agriculture (APCA), and the new Board of Directors elected Lucas as secretary the very same day, on March 22, 1928.

1948: ITPA is officially recognized by the government and begins awarding technical engineering qualifications in agriculture

1984: Accreditation from the French Ministry of Agriculture as an institution involved in the public service mission of advanced agricultural training

1998: Development of research activities and creation of four laboratories

2001: A plan is launched to set up a new school on a single site

2004: Adoption of a new educational approach

2008: All the Esitpa entities move together to the Mont-Saint-Aignan university campus in Rouen

2010: Esitpa sets up a new Advanced Master's in Food Marketing, Communication and Engineering

2012: The Professional Bachelor's in Sales Engineering for Animal Nutrition is set up

2013: Engineering apprenticeship programs are introduced. Esitpa changes its status, becoming an administrative public establishment in the Chambers of Agriculture network

In 2013, "ESITPA, Ecole d'ingénieur en agriculture" is created as an inter-institutional organization in the network of Chambers of Agriculture. [5] At this time it has between 110 and 130 students graduating each year

In January 2016, the Institut Polytechnique LaSalle Beauvais merges with ESITPA to form UniLaSalle.

Merger of the schools

UniLaSalle is the result of the merger between the Institut Supérieur d'Agriculture de Beauvais (ISAB), based in Beauvais, the Institut Géologique Albert-de-Lapparent (IGAL), based in Cergy-Pontoise, and ESITPA in Rouen.

Founded by the Brothers of the Christian Schools, UniLaSalle applies the educational principles developed by Jean-Baptiste de La Salle: a sense of responsibility, commitment and service to the wider community, respect for others and acceptance of differences, and an attitude of justice and fairness. It is run under the aegis of the Association La Salle.

The school is also a member of the International Association of LaSalle Universities, which includes just over 80 universities worldwide.

The educational philosophy of UniLaSalle is largely based on observation and practical application. A holistic approach to education is key to this philosophy: teaching and training goes beyond the classroom, with students being encouraged to help organize events on campus.

UniLaSalle offers a range of three- and five-year degrees in the fields of agriculture, the food industry, food and health, environmental studies and geology. It also offers continuing education programs.

The engineering degrees awarded by UniLaSalle are all accredited as Master's degrees by the French Ministry of Higher Education with the approval of the Commission des Titres d'Ingénieur (CTI).

In addition to teaching, UniLaSalle also conducts research in three broad areas: agroresources, the interactions between food and health, and geosciences.

UniLaSalle is set on a 10-hectare campus located near Beauvais in northern France. As well as the main academic building, the campus has other facilities that host a range of activities for students.

Since 2016, UniLaSalle has also had a campus in Mont-Saint-Aignan, near Rouen.

The site UniLaSalle inaugurated in 1992, is located in the heart of the Ker Lann campus in Bruz, Rennes.

Another site of UniLaSalle is the ESIEE - Amiens campus, located on the banks of the Somme, near the city center and the student district of Saint-Leu. 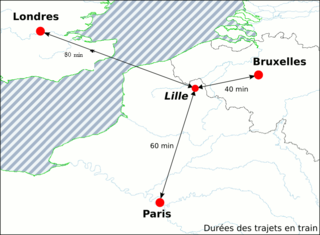 Located in the campus of Science and Technology of the University of Lille in Villeneuve-d'Ascq ; École Centrale de Lille is a renowned graduate engineering school, with roots back to 1854 as the École des arts industriels et des mines de Lille, re-organised in 1872 as Institut industriel du Nord. It is one of the Centrale Graduate Schools.

A grande école is a French institution of higher education that is separate from, but parallel and often connected to, the main framework of the French public university system. Grandes écoles are elite education institutes with highly competitive admission requirements, a large proportion of whose graduates populate the upper levels of the private and public sectors of French society.

The ENSTA Paris, also known as the École nationale supérieure de techniques avancées is a prestigious French graduate school of engineering. Founded in 1741, it is the oldest "grande école" in France. It is located in Palaiseau in the south of Paris, on the Paris-Saclay campus, and is a constituent faculty of the Polytechnic Institute of Paris. Every year some 180 engineers graduate from the school. 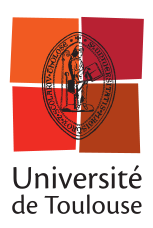 The IMT Lille Douai or "École nationale supérieure des Mines-Télécom de Lille-Douai" is a public French National Graduate School of Engineering. It is located in the Hauts-de-France region, shared between 2 campuses: the science campus of the University of Lille ; and the city of Douai. It is accredited by the Commission des Titres d'Ingénieur (CTI) to deliver the French Diplôme d'Ingénieur. 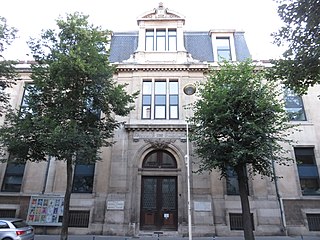 The Institut supérieur de l'aéronautique et de l'espace is a French engineering school, founded in 1909. It was the world's first dedicated aerospace engineering school and is considered to be one of the best in Europe in that field. The school delivers a range of science and engineering degree programs. ISAE-SUPAERO is part of University of Toulouse, ISSAT, PEGASUS, GEA, Toulouse Tech, CESAER and Aerospace Valley.

ParisTech is a foundation that brings together 10 renowned Grandes Écoles located in Paris, France, that specialise in engineering and science.

AgroParisTech is a French higher education institution, known as a grande école. It is a constituent member of the Paris-Saclay University. It was founded on January 1, 2007, by the merger of three life sciences grandes écoles.

L'Ecole d'Ingénieurs en Génie des Systémes Industriels, also known as EIGSI, is an engineering school situated in La Rochelle, a town on the Atlantic Ocean on the west coast of France.

The Institut Sup'Biotech de Paris is a French private engineering school created in 2003, located in Villejuif, near Paris, and in Lyon.

Toulouse Tech, the Toulouse Institute of Technology is one of the grandes écoles network in France. It was created in 2007. It gathers 16 French grandes écoles, covering engineering science, management, architecture and veterinary, aiming to be of comparable status to the most famous universities of technology around the world.

The ESIGELEC is a French school of engineers located in Rouen, and created in 1901. It is part of the best French academic institutions known as Grandes écoles specialized in engineering and sciences and is a university level institution with the special status Grands établissements. It is under supervision of the Ministry of Higher Education and Research and jointly managed by the chamber of commerce of Rouen, the Society of Engineers in Electrical Engineering, and a consortium of private companies.

Agrocampus Ouest is a French higher education institution, known as a grande école. Its official name is Institut supérieur des sciences agronomiques, agroalimentaires, horticoles et du paysage. It operates under the supervision of the French Ministry of Agriculture.

Institut National d'Horticulture et de Paysage (INHP) was a French agricultural sciences school of university-level, grande école-type. Its name in English is the 'National Institute for Horticulture and Landscape Management'.

Henri Hitier was a French agronomist.

The Institut National Polytechnique Félix Houphouët-Boigny (INP-HB) is a public polytechnic institute of higher education, research and production in Yamoussoukro in Côte d'Ivoire.

The École Nationale Supérieure de Géologie, or ENSG, or Nancy School of Geology, is a public French Grande école, located in Nancy, Eastern France, part of the University of Lorraine.