United Nations Security Council Resolution 272, adopted on October 23, 1969, regarding the General Assembly including an item relating to the amendment of the Statute of the International Court of Justice on the agenda of its 24th session, the Council has authority to make recommendations to the Assembly regarding the participation of nations party to the Statute but not members of the UN and decided to do so.

The Council recommended that those nations be allowed to participate in regard to amendments as though they were members and that amendments would come into force when they had been adopted by a vote of two-thirds of all the States party to the Statute and ratified by those states.

The resolution was adopted without vote. 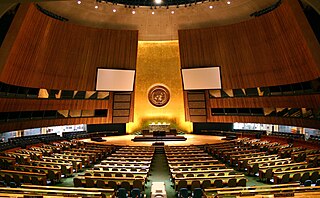 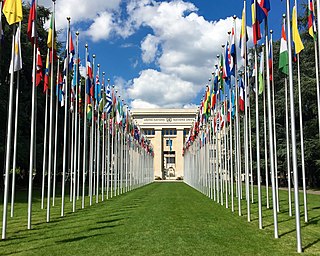 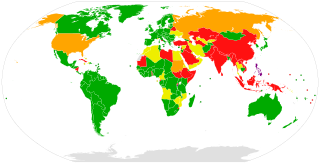 The Rome Statute of the International Criminal Court is the treaty that established the International Criminal Court (ICC). It was adopted at a diplomatic conference in Rome, Italy on 17 July 1998 and it entered into force on 1 July 2002. As of November 2019, 123 states are party to the statute. Among other things, the statute establishes the court's functions, jurisdiction and structure. 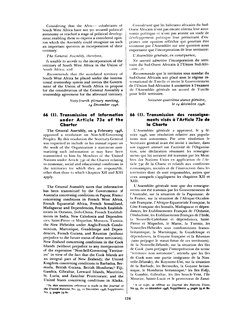 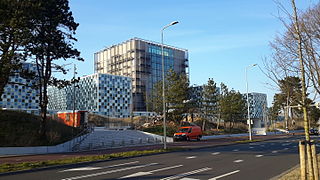 A crime of aggression is a specific type of crime where a person plans, initiates, or executes an act of aggression using state military force that violates the Charter of the United Nations. The act is judged as a violation based on its character, gravity, and scale.

The first emergency special session of the United Nations General Assembly was convened on 1 November and ended on 10 November 1956 resolving the Suez Crisis by creating the United Nations Emergency Force to provide an international presence between the belligerents in the canal zone. The emergency special session was convened due to the failure of the Security Council to resolve the instability at the Suez Canal, invoking "Uniting for Peace" resolution which transferred the issue from the Security Council to the General Assembly. On the fourth day of the session the Canadian representative, Lester B. Pearson, introduced the concept of a UN police force. The creation of the United Nations Emergency Force was approved by the General Assembly with 57 supports and zero opposes. The vote had 19 countries abstaining, including the United Kingdom, France, Egypt, the Soviet Union and several Eastern European countries.