University of Oregon College of Design

The University of Oregon College of Design (UO Design) is a public college of architecture and visual arts in the U.S. state of Oregon. Founded in 1914 by Ellis F. Lawrence, [1] the college is located on the University of Oregon campus in Eugene, off the corner of 13th and University streets, and also has programs at the historic White Stag Block in Portland, Oregon.

At its inception in 1914, Ellis F. Lawrence envisioned that the School of Architecture and Allied Arts (now the College of Design) would incorporate architectural education with the arts as opposed to engineering, and became the first school to do so. [2] The students would learn in an individual but collaborative environment instead of a fiercely competitive environment.

When Walter R. B. Willcox became the head of the architecture curriculum in 1922, the underlying idea became that architecture and the arts would reflect societal influences, which had remained alive through the decades. [2]

After World War II, student enrollment in the school ballooned and separate departments for each curricular subject were created. [2]

Renowned Canadian architect Arthur Erickson spent one academic year at UO in the mid-1950s as an assistant professor. [3]

In the Spring of 2017 it was announced that the school would rename itself the College of Design. [5]

The college is divided into three schools and one department: School of Architecture & Environment, School of Art + Design, School of Planning, Public Policy and Management, and the Department of the History of Art and Architecture.

The architecture program was in place since the inception of the school, though it didn’t become a department of the school until 1964. [2] Just five years after its founding, in 1919, the school gained an early form of accreditation through the Association of Collegiate Schools of Architecture. Only twelve schools out of forty schools that applied obtained accreditation that year. [2] Undergraduate and graduate degrees are accredited by the National Architectural Accrediting Board and had been the only school in the state of Oregon to be accredited until Portland State University earned its accreditation in 2013. [6]

The landscape architecture program was first founded in Oregon Agricultural College, now known as Oregon State University in 1928. [7] The program was moved to the University of Oregon in 1932, where it was expanded into a five-year program. The masters program was established a year later.

The product design program began in the fall of 2008, from a partnership between the school’s department of art and the interior architecture program. [9] The program, sparked by a $1.5 million donation from Columbia Sportswear CEO Tim Boyle, works with firms such as Ziba Design, Nike, Intel, and Sandstrom Design. The department offers a four-year BFA degree in product design as well as a master of science in Sports Product Design in Portland. [10]

The School of Planning, Public Policy and Management offers degrees in community and regional planning, public administration, and nonprofit management.

The college is primarily housed in Lawrence Hall at the University of Oregon campus, which provides lecture halls, classrooms, studios, the Design Library, a materials resource library, and a computer lab with plotting services. The college also occupies the University's facility in the White Stag Block in Portland, with classes in urban architecture, historic preservation, product design, and sports product design. The LaVerne Krause Gallery in Lawrence Hall displays selected student work. [11] [12] 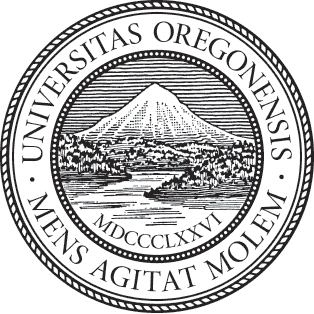 The University of Oregon is a public research university in Eugene, Oregon. Founded in 1876, the institution is well known for its strong ties to the sports apparel and marketing firm Nike, Inc, and its co-founder, billionaire Phil Knight. UO is also known for serving as the filming location for the 1978 cult classic National Lampoon's Animal House. UO's 295-acre campus is situated along the Willamette River. The school also has a satellite campus in Portland; a marine station, called the Oregon Institute of Marine Biology, in Charleston; and an observatory, called Pine Mountain Observatory, in Central Oregon. UO's colors are green and yellow.

The College of Architecture, Art, and Planning (AAP) at Cornell University is one of the world's most highly regarded and prestigious schools of architecture and has the only department in the Ivy League that offers the Bachelor of Architecture degree. According to DesignIntelligence, Cornell architecture students are the most desired recent graduates by architecture firms, especially in New York City. The department has one of the largest endowments of any architecture program, including a $20 million endowment by Cayuga County resident Ruth Price Thomas in 2002. The Master of Regional Planning (M.R.P.) professional degree program at AAP has been consistently ranked in the top 10 in the nation, according to Planetizen's Guide to Graduate Urban Planning Programs. 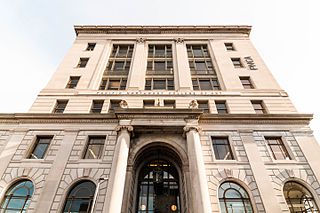 The Pacific Northwest College of Art (PNCA) is an art school of Willamette University and is located in Portland, Oregon. Established in 1909, the art school grants Bachelor of Fine Arts degrees and graduate degrees including the Master of Fine Arts (MFA) and Master of Arts (MA) degrees. It has an enrollment of about 500 students. The college merged with Willamette University in 2021. 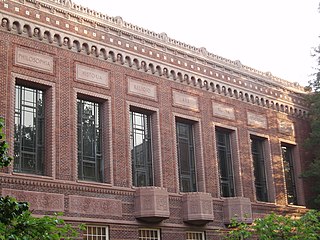 Knight Library is the main facility of the University of Oregon's (UO) library system. It is located on the university's campus in Eugene, Oregon, United States. The library design is emblematic of the architecture of the university's older buildings, and it serves as a hub of student activity. As of 2008 it has a collection of more than 3 million volumes. The library also holds collections of primary sources such as photographs and manuscripts on various topics at the Special Collections & University Archives. It is also a depository for the Federal Depository Library Program. The library was previously known as the Main Library and it was renamed the Knight Library in 1988, in honor of the family of Phil Knight. 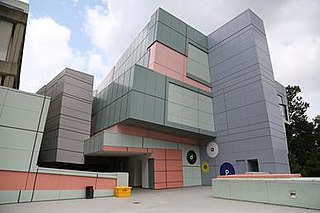 Architecture education and schools in the United States refers to university schools and colleges with the purpose of educating students in the field of architecture. 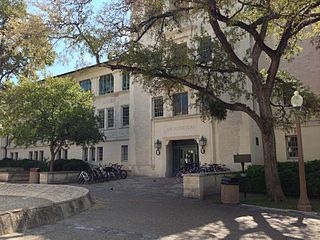 The University of Texas at Austin School of Architecture (UTSOA) is a college within The University of Texas at Austin, with its major facilities located on the main university campus in Austin, Texas. UTSOA's dean is Michelle Addington. In 2016, the school's former dean, Frederick "Fritz" Steiner, stepped down citing Texas Government Code Section 411.2031, also known as "Campus Carry," which entitles licensed individuals to carry concealed handguns onto the campus of an institution of higher education. 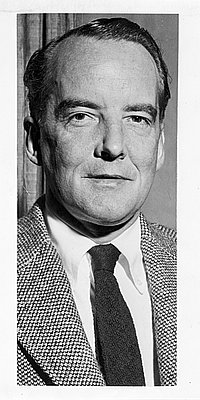 John Yeon was an American architect in Portland, Oregon, in the mid-twentieth century. He is regarded as one of the early practitioners of the Northwest Regional style of Modernism. Largely self-taught, Yeon’s wide ranging activities encompassed planning, conservation, historic preservation, art collecting, and urban activism. He was a connoisseur of objets d’art as well as landscapes, and one of Oregon’s most gifted architectural designers, even while his output was limited.

The California Polytechnic State University College of Architecture and Environmental Design is one of Cal Poly San Luis Obispo's six colleges. Cal Poly's CAED program has nearly 1,900 students and is one of the largest programs in the United States. The college offers bachelor's degrees in five departments, as well as two master's degree programs. 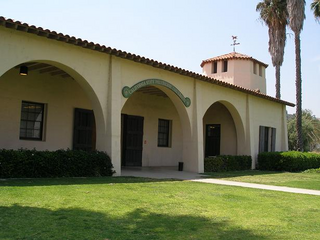 The USC School of Architecture is the architecture school at the University of Southern California. Located in Los Angeles, California, it is one of the university's twenty-two professional schools, offering both undergraduate and graduate degrees in the fields of architecture, building science, landscape architecture and heritage conservation. 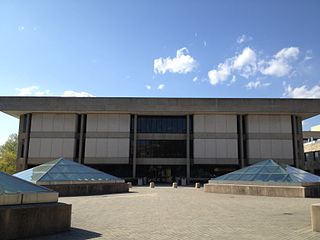 The Charles H. Lundquist College of Business is the University of Oregon's business school. Founded in 1914, the Lundquist College offers undergraduate degree programs in business administration and accounting, as well as MBA, Executive MBA, Master of Science in Sports Product Management, Master of Accounting, Master of Science in Finance, and PhD graduate programs. These degree programs are supported by four departments and one school of accounting. 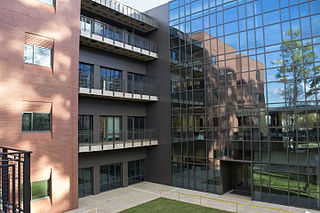 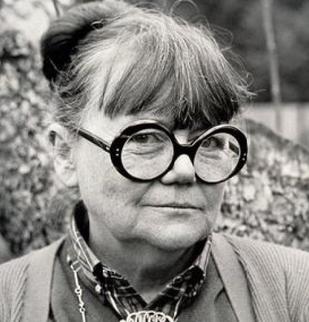 LaVerne Erickson Krause (1924–1987) was an American artist. She founded the University of Oregon printmaking program and taught there for twenty years, creating more than ten thousand paintings and prints in her lifetime. An advocate for artists' economic and working conditions, she was instrumental in founding the Oregon chapter of the Artists Equity Association and served as president of the national Artists Equity. She is "recognized for her outstanding contributions as an educator, studio artist, and arts activist". 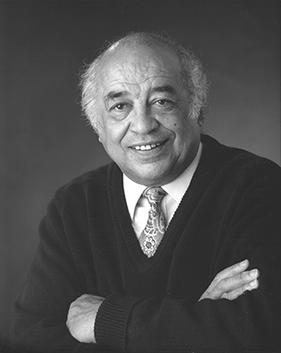 DeNorval Unthank Jr. was an American architect. In 1951 he was the first black man to earn an architecture degree from the University of Oregon (UO). Unthank worked on the courthouse in Lane County, Oregon; McKenzie Hall ; and Kennedy Junior Middle School in Eugene, Oregon. He is the eponym of Unthank Hall at UO.

The McGill School of Architecture is one of eight academic units constituting the Faculty of Engineering at McGill University in Montreal, Quebec, Canada. Founded in 1896 by Sir William Macdonald, it offers accredited professional and post-professional programs ranging from undergraduate to PhD levels. Since its founding, the school has established an international reputation and a record of producing leading professionals and researchers who have helped shape the field of architecture, including Moshe Safdie, Arthur Erickson, Raymond Moriyama and the founders of Arcop.