University of the Immaculate Conception

The University of the Immaculate Conception, also referred to by its acronym UIC; (Filipino : Pamantasang Imaculada Conception) is a private Catholic basic and higher education institution administered by the Religious of the Virgin Mary in Davao City, Davao del Sur, Philippines. The university began in 1905 as Escuela Catolica de San Pedro.

The university began in 1905 as Escuela Catolica de San Pedro along Bonifacio Street in downtown Davao City with only primary and intermediate courses. Then in 1934, when the high school department opened, the school was renamed Immaculate Conception Academy. After four years, during its first commencement exercise, however, it was again renamed Immaculate Conception Institute. The school closed during World War II, from 1941 to 1946.

After the war, the school reopened in 1947 when it received government recognition as a high school. A year later, the school became Immaculate Conception College (ICC) as it started to offer college-level courses. The two initial courses were Collegiate Secretarial and Pharmacy.

Between 1951 and 1958, four Bachelor of Science degree were introduced, namely: Education, Home Economics, Music, and Elementary Education. In 1961, the Liberal Arts Program was added along with majors in commerce and medical technology.

In 1969, the Grade School and High School Departments were moved to ICC’s new site at Fr. Selga St., while the College Department followed in 1971. Three more undergraduate majors were then added: namely, chemistry, nutrition & dietetics and a course on pharmacy aiding.

From 1983 to 1986, master's degrees in theology and elementary education were introduced. The first engineering degree of the college, civil engineering, was also instituted during this time. A course on cafeteria management was also offered. In the 1990s, in response to the local needs in Davao, ICC added more engineering-focused majors in computer engineering, electronics engineering, and computer science.

On May 1, 1992, Department of Education Secretary Dr. Isidro Carino granted ICC university status, and it became “University of the Immaculate Conception”. The school was then 87 years old. [1]

The Fr. Selga campus along Pichon Street houses the departments of information technology, nursing, medical technology, music, nutrition & dietetics, pharmacy, and the Graduate School. Called the Main campus, it was built in the 1960s to house the college's growing population.

The school's original location in downtown Davao along San Pedro Street is within the San Pedro Church compound. The Annex campus in Bonifacio Street houses the Business and Governance, Engineering, Education, and Liberal Arts colleges.

Lastly, the Bajada campus houses the grade school and high school facilities of the university. [1]

A library can be found on the Fr. Selga campus. The said campus also includes housing and sports facilities. [2] [3]

There are under 10,000 students in the entire UIC. There exists a student government body called the University Student Government of UIC, which is mandated to represent the student's interests to the school administration. [4]

Ateneo de Davao University also referred to by its acronym AdDU, is a private Catholic basic and higher education institution run by the Philippine Province of the Society of Jesus in Davao City, Davao del Sur in the Philippines. It was established in 1948 when the Jesuits took over the administration of the former diocesan school, St. Peter's Parochial School. The Jesuits renamed the school to "Ateneo de Davao" after taking control. The Jesuits were naming all the schools that they were opening at that time as Ateneo. Ateneo de Davao is the seventh school in the country to be named as Ateneo by the Jesuits. The university has five undergraduate schools, namely the School of Arts and Sciences, School of Business and Governance, School of Engineering and Architecture, School of Education and the School of Nursing. The graduate programs are under these units as well. The College of Law is a separate unit within the university. The university also runs a grade school and high school, both Junior High School and Senior High School.

The Ateneo de Zamboanga University, also referred to by its acronym AdZU is a private Catholic Coeducational basic and higher education institution run by the Philippines Province of the Society of Jesus in Zamboanga City, Zamboanga del Sur, Philippines. AdZU began in 1912 as Escuela Catolica, a parochial school run by Spanish Jesuits. It is the second oldest Jesuit school in the Philippines and the second Jesuit school to be named Ateneo. It initially offered primary and secondary education for boys. It became a college in 1952 and a university in August 2001. It operates in three campuses. The main campus located in La Purisima Street, Zamboanga City is where the tertiary and senior high school departments are located and the annex campus in Barangay Tumaga, outside Zamboanga City proper, is where the junior high school and grade school units are located. The third and newest campus is the Lantaka Campus located in N. S. Valderroza St. Zamboanga City. This campus was a former resort hotel which was repurposed by the AdZU. It is now being used for educational, spiritual, religious, and social development purposes.

Saint Louis University, also referred to by its acronym SLU, is a private Catholic research basic and higher Educational institution run by the Congregation of the Immaculate Heart of Mary in A. Bonifacio Street, Baguio City, Philippines. It was founded in December 1, 1911 by the CICM Missionaries. It offers programs at the elementary, secondaryundergraduate and graduate levels. It has campuses throughout the Baguio metropolitan area. SLU is PAASCU-accredited and one of the universities in the Cordillera Administrative Region which passed the newly-mandated CHED's Institutional Sustainability Assessment. It is under the CICM Philippines School Network or CICM-PSN. It is the oldest of the CICM-PSN schools. The patron saint of the university is St. Aloysius de Gonzaga. It is the largest university north of Manila with more than 40,000 students as of A.Y. 2018-2019. 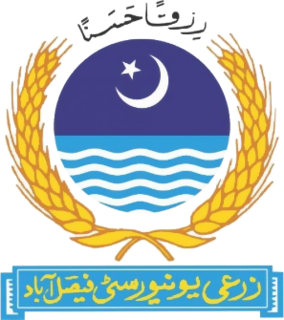 The University of Agriculture (UAF) is a public research university in Faisalabad, Pakistan. UAF is the Oldest and Pioneer Agriculture Institute in the South Asia. It is ranked 4th in Pakistan and 1st in the field of Agriculture and Veterinary Sciences by Higher Education Commission (Pakistan) (HEC) Ranking in 2015. It was also ranked at No.127 in life Science and Agriculture Science. The employability ranking by Pakistan made this institution highly reputable. The university came among top 5 institutions of Pakistan in research power. Muhammad Ashraf is serving as Vice Chancellor of the University. 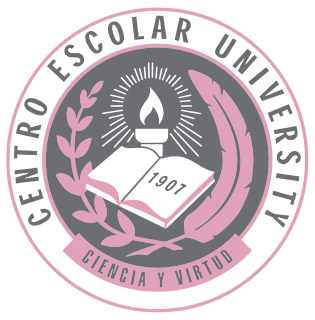 Centro Escolar University is a private university in Manila, Philippines. It was founded on June 3, 1907 by two women, Librada Avelino and Carmen de Luna, and was originally called Centro Escolar de Señoritas. It became a university in 1933. Originally, its Parañaque campus was part of the university's system until it was phased out in the early 1990s. 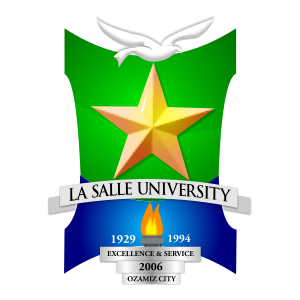 La Salle University (LSU) is a private Catholic Lasallian coeducational basic and higher education institution run by the Philippine District of the Christian Brothers in Ozamiz City, Misamis Occidental Philippines. It is a member of De La Salle Philippines, a network of Lasallian educational institutions within the Lasallian East Asia District.

Saint Mary's University is a private Catholic higher education institution owned and operated by the Congregation of the Immaculate Heart of Mary in Bayombong, Nueva Vizcaya, Philippines. It was founded in June 1928 by the CICM Missionaries.

The University of Santo Tomas–Legazpi also referred to by its acronym UST–Legazpi), and formerly named Aquinas University of Legazpi (AUL), is a private, Catholic coeducational basic and higher education institution run and owned by the Philippine Dominican Province of the Order of Preachers (OP) in Legazpi City, Philippines It was founded by Don Buenaventura de Erquiaga in 1948 as Legazpi Junior Colleges; the name subsequently changed to Legazpi College, and it became a university in 1968.

San Pedro College is a private Catholic research and coeducational basic and higher education institution run by the Dominican Sisters of the Trinity in Davao City, Davao del Sur, Philippines. It was founded in 1956. 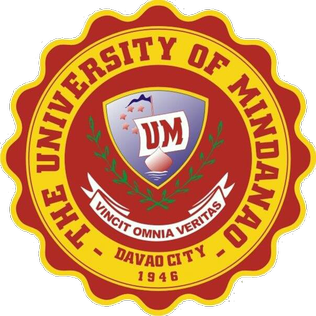 The University of Mindanao is the largest private, non-sectarian university in Mindanao located in Davao City on the Southern Philippine island. Established in 1946, the University of Mindanao has ten branches spread over thirteen campuses in Southern Mindanao. It is currently an Autonomous Status per CEB Resolution No. 076-2009 with Category A (t) per CMO No. s. 2009 standing accredited by Commission on Higher Education (CHED). Its Accountancy, Computer Engineering and Information Technology programs are Centers of Development(COD) and its Business Administration, Criminology and Teacher Education programs are recognized as Centers of Excellence(COE) by CHED. It is the largest private university in Mindanao and hailed as the institution with the second highest number of programs accredited by PACUCOA in the country today.

The Holy Cross of Davao College (HCDC) is a private and research Catholic college institution founded by the Congregation of the Religious of the Virgin Mary Sisters in 1951 and taken over by the Foreign Mission Society of Quebec in 1956. In 1978 the school was handed over to the Archdiocese of Davao. It is located in Davao City, Philippines.

The Adventist Medical Center College - Iligan, Inc., formerly the Mindanao Sanitarium and Hospital College, is one of the colleges of the Seventh-day Adventist Church located in Iligan City, Philippines. It is a medical school which focuses on healthcare courses like Bachelor of Science in Nursing, Medical Technology, Physical Therapy, Pharmacy, Radiology and Nutrition and Dietetics.

Duoc UC is an accredited, non-profit private institute of higher education in Chile. It was founded under the umbrella of the Pontificia Universidad Católica de Chile in 1968, which provides technical and professional degrees through practical and industry-focused programs.