VTV5 is a Vietnamese state-owned pay television network, serving as the international broadcaster of Vietnam Television. Launched in 2002, it offers a best-of package of programming which aimed into the ethnic minorities in Vietnam. [1]

Since 2016 VTV5 expanded their programmes through their operated-and-owned local channels under the VTV5 banner. The first was VTV5 Tây Nam Bộ, first relaunch in 2016, originally belonged to Vietnam Television Center in Can Tho. The second is VTV5 Tây Nguyên, broadcasts programmes aimed in the Central Highlands minorities.

Although the main broadcast of VTV5 is for the ethnic groups, sereval sports event and football matches (ex: Bundesliga, V.League,...) also live on VTV5. These sports content also shown on VTV6

The Nederlandse Omroep Stichting is one of the broadcasting organisations making up the Netherlands Public Broadcasting system. It has a special statutory obligation to make news and sports programmes for the three Dutch public television channels and the Dutch public radio services. 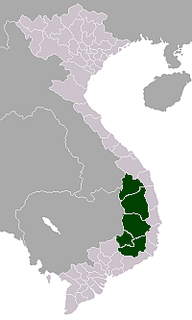 The Voice of Vietnam is the Vietnamese national radio broadcaster. Directly controlled by the government of Vietnam, it is tasked with "propagating the views, policies of the Party and the laws of the state."

VTV1 is the first channel of VTV launched on the 7 September 1970.

Joe Ruelle is a Canadian author and blogger writing in Vietnamese.

VTV4 is a Vietnamese state-owned pay television network, serving as the international broadcaster of Vietnam Television. Launched in 7 January 1998, it offers a best-of package of programming from the three domestic channels to the Vietnamese diaspora worldwide.

Người giấu mặt is a Vietnamese version of the Big Brother reality television show based on the Dutch television series of the same name originally created in 1997 by John de Mol's company Endemol. The show is based on a group of strangers, known as Housemates, living together twenty-four hours a day in the "Big Brother" house, isolated from the outside world but under constant surveillance with no privacy for five months more.

VTV6 is a Vietnamese state-owned pay television network of Vietnam Television. Launched in 2007. It serves the youth in Vietnam.

VTV7 is a national education television channel owned by Vietnam Television. It is a product of a cooperation between Educational Programs Producing Department of VTV with the Ministry of Education and Training of Vietnam, and its partners EBS (Korea) and NHK (Japan). VTV7 began airing on a trial basis on November 20, 2015, and began regular programming on January 1, 2016. Its launching ceremony was broadcast on January 8, 2016.