Verein Deutscher Ingenieure (VDI) (English: Association of German Engineers) is an organization with over 150,000 engineers and natural scientists. More than 12,000 honorary experts process the latest findings every year to promote the technology location. Established in 1856, the VDI is today the largest engineering association in Western Europe. The role of the VDI in Germany is comparable to that of the American Society of Civil Engineers (ASCE) in the United States or Engineers Australia (EA) in Australia barring the broader field of work of the VDI. The VDI is not a union. The association promotes the advancement of technology and represents the interests of engineers and of engineering businesses in Germany. [1]

The organization was founded on May 12, 1856 by fellow researchers from the Academic Fraternity Hütte, in the small town of Alexisbad, with the first journal officially being released to the public in 1857. In 1866 the VDI helped establish the predecessor of Technischer Überwachungsverein, the Dampfkesselüberwachungsvereinen (English: Steam boiler inspection association). At the time, engineering was not regarded to be of the same ranking as scientific disciplines, which the VDI changed in 1899, with the re-categorisation of the Technische Hochschule as a type of University. In 1923 the VDI Verlag was founded, publishing monthly newspapers which are distributed to members. After the Second World War the VDI moved its headquarters from Berlin to Düsseldorf, where it remains now today. It also helped establish the Arbeitsgemeinschaft für Kerntechnik (English: Society for Nuclear Technology) in 1956, which resulted in the German Atomforum, in 1959. In recent times, the VDI worked in conjunction with EXPO 2000 Hannover GmbH to establish the first worldwide engineering day.

Throughout its history, the VDI has been served by many presidents, including:

In 2013 the VDI had over 150,000 registered members worldwide, which also included scientists and I.T professionals. Members have opportunities to ask for help regarding job prospects and opportunities, receive news about the engineering profession, especially in Germany, as well as other services such as specialized insurance. Members are also able to attach the suffix VDI upon becoming a member, and is classified as a legitimate name suffix.

The Deutscher Werkbund is a German association of artists, architects, designers, and industrialists, established in 1907. The Werkbund became an important element in the development of modern architecture and industrial design, particularly in the later creation of the Bauhaus school of design. Its initial purpose was to establish a partnership of product manufacturers with design professionals to improve the competitiveness of German companies in global markets. The Werkbund was less an artistic movement than a state-sponsored effort to integrate traditional crafts and industrial mass production techniques, to put Germany on a competitive footing with England and the United States. Its motto Vom Sofakissen zum Städtebau indicates its range of interest. 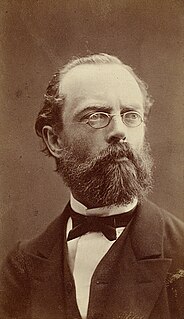 Gustav Anton Zeuner was a German physicist, engineer and epistemologist, considered the founder of technical thermodynamics and of the Dresden School of Thermodynamics.

VDI may refer to:

Gustav Niemann was a mechanical engineering professor who is regarded as an expert in machine elements. 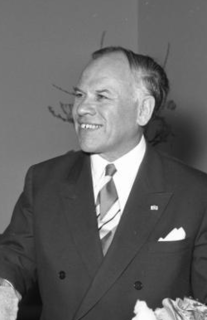 Eugen Karl Albrecht Gerstenmaier was a German Evangelical theologian, resistance fighter in the Third Reich, and a CDU politician. From 1954 to 1969, he was the 3rd President of the Bundestag.

Franz Grashof was a German engineer. He was a professor of Applied Mechanics at the Technische Hochschule Karlsruhe.

The Stribeck Curve is a fundamental concept in the field of tribology. It shows that friction in fluid-lubricated contacts is a non-linear function of the contact load, the lubricant viscosity and the lubricant entrainment speed. The discovery and underlying research is usually attributed to Richard Stribeck and Mayo D. Hersey, who studied friction in journal bearings for railway wagon applications during the first half of the 20th century; however, other researchers have arrived at similar conclusions before.

Georg Krauß, from 1905 Ritter von Krauß was a German industrialist and the founder of the Krauss Locomotive Works in Munich, Germany and Linz, Upper Austria. The spelling of the company name was later changed from Krauß to Krauss, once the form of the name in capital letters on the company's emblems had become established.

Günter Ropohl was a German philosopher of technology.

Joachim Milberg is a German engineer and manager who served as CEO of Bayerischen Motorenwerke AG (BMW). He was Chairman of the Supervisory Board of BMW until July 2015.

Sabina Jeschke is a German university professor for information sciences in mechanical engineering at the RWTH Aachen University. As of 10 November 2017, she was named member of the management board of Deutschen Bahn AG for digitalization and technology. She is also the director of the Cybernetics Lab IMA/ZLW & IfU. In the summer semester of 2017, she is on sabbatical leave to develop her research in the area of artificial consciousness, and is involved in building a think tank "Strong Artificial Intelligence" at the Volvo Car Corporation in Göteborg. Since May 2015, Jeschke has been a member of the supervisory board of Körber AG, since April 2012 chairman of the board of VDI Aachen

The Mechanical Engineering Industry Association has its headquarters in Frankfurt am Main, Germany, and represents around 3,200 members, making it the largest industry association in Europe. The Association represents the interests of the predominantly medium-sized companies in the mechanical engineering industry towards policymakers and society, as well as towards business, the scientific community, public authorities and the media. With more than 1.3 million employees and a turnover of around EUR 228,7 billion (2019) mechanical and plant engineering is Germany's largest employer in the industrial sector. German machinery production is valued at EUR 224 billion (2019) and Germany's mechanical and plant engineering sector is extremely export-oriented . In addition, VDMA sees itself as a platform that provides its member companies with various networks where they can discuss technological challenges, interdisciplinary issues and many other topics. The association was founded in 1892. 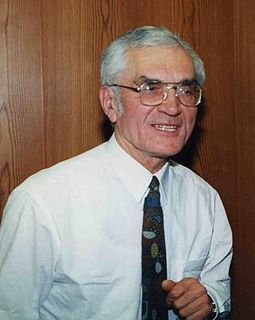 Content in this edit is translated from the existing German Wikipedia article at de:Michael Roth (Kybernetiker); see its history for attribution. 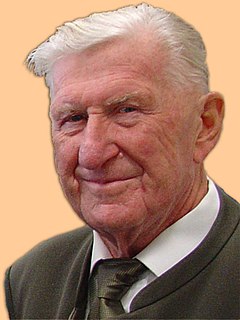 Karl Reinisch was a German electrical engineer and professor for control engineering in Ilmenau. Under his lead, a solid foundation for automation and system technology for cybernetics was developed at the Technische Universität Ilmenau. For many years, he was active at the International Federation of Automatic Control (IFAC).

Julius Magg was an Austrian engineer and university professor. In the early 20th century, he contributed significantly to the further development of the Diesel engine. Later, he was known as the founder of the Graz method of engine design. 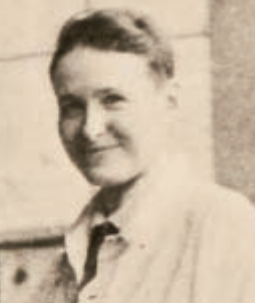 Ira (Irene) Rischowski was one of Germany's first female engineers and active in the German anti-Nazi resistance group Neu Beginnen before fleeing to Britain. In the UK she became a member of the Women's Engineering Society, serving on the Council and supporting efforts to encourage British women to become engineers. 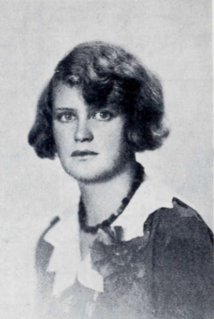 Ilse Knott-ter Meer, born Ilse ter Meer, was one of the first female German mechanical engineers with a degree in engineering.

Helmut Neuhaus is a German historian who specialises on the Early modern period. From 1989 to 2009 he held the Chair of Modern History I at the University of Erlangen–Nuremberg.