Virginia M. Alexander (February 4, 1899 – July 24, 1949) [2] [3] was an American physician, public health researcher, and the founder of the Aspiranto Health Home in Philadelphia, Pennsylvania.

Virginia M. Alexander was born in Philadelphia, Pennsylvania on February 4, 1899 to Hilliard Alexander and Virginia Pace. [4] She had four siblings, including the prominent attorney Raymond Pace Alexander. [5] Alexander's mother died when she was 4 years old, and at age 13 her father's riding academy closed. [3] Alexander withdrew from school to help relieve the resulting economic strain on her family, but her father insisted that she finish her education. [6]

Alexander attended high school at the William Penn High School for Girls, where she graduated with honors before receiving a scholarship that allowed her to attend the University of Pennsylvania to complete her undergraduate education. [6] [3] Alexander took work as a waitress, clerk, and maid in order to cover her living expenses through college. [6] She was also a member of the black sorority Delta Sigma Theta. [7] She continued her medical education at the Women's Medical College of Pennsylvania. With the help of private philanthropy, Alexander finished medical school in good standing. [6]

When Alexander began looking for a medical internship, she faced rejection from many Philadelphia hospitals on the basis of race. [6] The hospital operated by the Women's Medical College of Pennsylvania would also not accept her, but the school did help Alexander and another student, Mae McCarroll, secure internships at the Kansas City Colored Hospital in Missouri in 1925. [3] Alexander remained in Kansas City to complete a pediatrics-surgery residency at Wheatley-Provident Hospital. [3]

In 1927, Alexander returned to Philadelphia. She was passionate about public health but pursued clinical practice out of financial necessity. [3]

Alexander was active in a variety of different social, professional, and academic organizations. She practiced medicine at Frederick Douglass Memorial Hospital and Nurses' Training School, the Hospital of Women's Medical College of Pennsylvania, Pennsylvania Hospital, and performed administrative work at Convalescent Hospital. [6]

In 1931, Alexander officially became a Quaker. She would go on to use her position in white Quaker circles to push her cause of improved public health practice for African American patients. [3]

In her community, Alexander was active on the board of Wharton Settlement, the Young Women’s Christian Association, the Women's International League for Peace and Freedom, and the Religious Society of Friends, where she was active in the Race Relations Committee, the Institute of Race Relations, and the Young Friends Movement. [2] She began formal study of public health disparities for black and white patients in Philadelphia in 1935 as part of her involvement with the Institute of Race Relations (see "Publications"). [3]

Alexander was admitted to Yale University in 1936 to study public health, but had to leave in 1937 due to troubles with her lupus. [3] Shortly after leaving Yale, she accepted a position at Howard University as an assistant university physician for women students. [3] In 1939, she supervised a public health project at Howard that would eventually lead to her obtaining her master's degree in public health from Yale. [3]

Alexander worked with the US Public Health Service from 1943 to 1945 at the Slossfield Clinic located in Birmingham, Alabama. Afterwards, she returned to Philadelphia where she resumed her medical practice in addition to working with local Quakers on race relations. [3]

Anna T. Jeanes was an American Quaker philanthropist. She was born in Philadelphia, the city where she gave Spring Garden Institute, a technical school, $5,000,000; $100,000 to the Hicksite Friends; $200,000 to the Quaker schools of Philadelphia; and $200,000 to the Home for Aged Friends, now known as Stapeley In Germantown, a retirement home where she spent the closing years of her life. In 1907 she transferred to the trusteeship of Booker T. Washington and Hollis B. Frissell the sum of $1,000,000 to be known as "The Fund for Rudimentary Schools for Southern Negroes" and to be used exclusively for the benefit of elementary negro schools in the South. The Jeanes Foundation worked in close cooperation with the General Education Board established by John D. Rockefeller.

Sara Josephine Baker was an American physician notable for making contributions to public health, especially in the immigrant communities of New York City. Her fight against the damage that widespread urban poverty and ignorance caused to children, especially newborns, is perhaps her most lasting legacy. In 1917, she noted that babies born in the United States faced a higher mortality rate than soldiers fighting in World War I, drawing a great deal of attention to her cause. She also is known for (twice) tracking down Mary Mallon, the infamous index case known as Typhoid Mary. 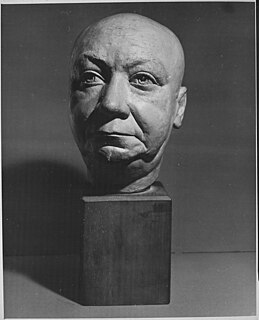 Louis Tompkins Wright, MD, FACS was an American surgeon and civil rights activist. In his position at Harlem Hospital he was the first African-American on the surgical staff of a non-segregated hospital in New York City. He was influential for his medical research as well as his efforts pushing for racial equality in medicine and involvement with the National Association for the Advancement of Colored People (NAACP), which he served as chairman for nearly two decades.

Ann Preston was an American physician, activist, and educator. 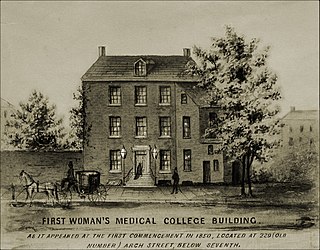 Helen Octavia Dickens (1909–2001) was an American physician, medical and social activist, health equity advocate, researcher, health administrator, and health educator. She was the first African-American woman to be admitted to the American College of Surgeons in 1948, and specialized in Obstetrics and Gynecology.

Edith Irby Jones was an American physician who was the first African American to be accepted as a non-segregated student at the University of Arkansas Medical School and the first black student to attend racially mixed classes in the American South. She was the first African American to graduate from a southern medical school, first black intern in the state of Arkansas, and later first black intern at Baylor College of Medicine. Jones was the first woman president of the National Medical Association and a founding member of the Association of Black Cardiologists. She was honored by many awards, including induction into both the University of Arkansas College of Medicine Hall of Fame and the inaugural group of women inducted into the Arkansas Women's Hall of Fame.

Vanessa Northington Gamble is a physician who chaired the Tuskegee Syphilis Study Legacy Committee in 1997.

Algernon Brashear Jackson was a prominent African American physician, surgeon, author, and columnist who contributed profoundly to the National Negro Health Movement, an organization which sought to uplift the race by means of educating the African American community on preventative medicine and public health. He was also well known for being a founding member of the Sigma Pi Phi fraternity and pioneering an effective treatment for rheumatism.

Clara Marshall was an American physician, educator, and author. She was dean of the Woman's Medical College of Pennsylvania from 1888 to 1917.

Eleanor L. Makel was a medical doctor, a hospital administrator, and a government official. During the administration of John F. Kennedy, Eleanor Makel was one of the highest ranking black women in the federal government. 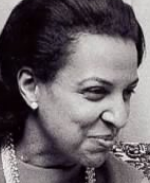 Gene-Ann Polk Horne, known professionally as Gene-Ann Polk, was an American physician and hospital administrator, director of pediatric ambulatory care at Harlem Hospital, and a professor of pediatrics at Columbia University.

Paul Bertau Cornely was an American physician, public health pioneer and civil rights activist. In 1934 he became the first African American person to earn a doctoral degree in public health. He was elected President of the American Public Health Association in 1970.