Walkerville, Ontario is a former town in Canada, that is today a heritage precinct of Windsor, Ontario. Incorporated in 1890, the town was founded by Hiram Walker, owner and producer of Canadian Club Whisky. Walker planned it as a 'model town’ (originally called 'Walker's Town') [1] that would be the envy of both the region and the continent. [2] He established a distillery on the Detroit River, diversifying the business by growing grain, milling flour, and raising cattle and hogs. Later, the town supported other major industries, notably automotive manufacturing. Annexed to Windsor, July 1st, 1935. [3]

Walker established homes for his workers, a church dedicated to his late wife, and a school. The town, which developed outward from the distillery, included buildings designed by Albert Kahn, notably Willistead Manor, the home of Walker's second son, Edward Chandler Walker. Upon Walkerville’s eventual amalgamation with Windsor, the Manor became heritage-protected property of the city, being used as an art gallery and, currently, a function venue. [4]

The neighbourhood is characterized by large houses, wide streets and abundant greenery. A three-story high school, carrying the name 'Walkerville', stands next to Willistead Manor. Other structures include former Prime Minister Paul Martin’s home, Kahn-designed houses, the distillery (now belonging to Wiser’s [ citation needed ]) and the Via Rail station. The Tivoli Theatre (recently reopened Old Walkerville Theatre), is of 1920s art-deco design by C. Howard Crane (who would also design the Fox Theater in Detroit, Michigan). A large performance stage, ornate fixtures, balconies, and grating-lattice hint at the community's grandeur in those days. [5] [6]

Divided into three sub-precincts, Walkerville was an amalgam of business, commercial, and residential land use, at times all nestled together. This cohesive character gave the community its uniqueness as compared to surrounding cities. Walker acted as self-appointed overseer of everything, including the police, fire and church facilities.

During the period of Prohibition in the United States, Walkerville became a principal source of cross-border alcohol exportation.

Hiram Walker favoured diversification and Walkerville welcomed many industries including the automotive industry. The Ford Motor Company of Canada opened its factory there in 1904, followed by the E-M-F Company whose plant was acquired by Studebaker in 1910 [8] :p.70 and which became the assembly line for right-hand-drive vehicles exported to the UK and British Empire. [9] :p237 In 1929, the Financial Post reported that 500 of the town's families were supported by Studebaker,

"only one of its activities being the manufacture of motor cars. During the world war, great quantities of war material was produced for the Canadian and Imperial governments. Today, [the plant] manufactures a line of 59 models of six- and eight-cylinder passenger motor cars, trucks, ambulances, and funeral coaches". [10]

Chrysler, General Motors and Seagrave were other manufacturers with plants in Walkerville. [11]

Windsor is a city in southwestern Ontario, Canada, on the south bank of the Detroit River directly across from Detroit, Michigan, United States. Located in Essex County, it is the southernmost city in Canada and marks the southwestern end of the Quebec City–Windsor Corridor. The city's population was 217,188 at the 2016 census, making it the third-most populated city in Southwestern Ontario, after London and Kitchener. The Detroit–Windsor urban area is North America's most populous trans-border conurbation, and the Ambassador Bridge border crossing is the busiest commercial crossing on the Canada–United States border.

Walkerville is a name given to several places:

Albert Kahn was the foremost American industrial architect of his day. He is sometimes called the "architect of Detroit". In 1943, the Franklin Institute awarded him the Frank P. Brown Medal posthumously. Many of Albert Kahn's personal working papers and construction photographs are housed at the University of Michigan's Bentley Historical Library. His personal working library, the Albert Kahn Library Collection, is housed at Lawrence Technological University in Southfield, MI. The Archives of American Art at the Smithsonian house most of the family's correspondence and other materials.

Hiram Walker was an American entrepreneur and founder of the Hiram Walker and Sons Ltd. distillery in Windsor, Ontario, Canada. Walker was born in East Douglas, Massachusetts, and moved to Detroit in 1838. He purchased land across the Detroit River, just east of what is Windsor, Ontario, and established a distillery in 1858 in what would become Walkerville, Ontario. Walker began selling his whisky as Hiram Walker's Club Whisky, in containers that were "clearly marked" and he used a process to make his whisky that was vastly different from all other distillers.

Willistead Manor is a historic house located in the former town of Walkerville, Ontario, now part of Windsor, Ontario. Willistead Manor was designed by renowned architect Albert Kahn in the 16th-century Tudor-Jacobean style of an English manor house. It was built in 1904-1906, and was commissioned by Edward Chandler Walker, the second son of Hiram Walker. It is named after the first son, Willis Walker, a lawyer in Detroit, MI, who died young. 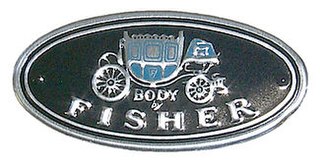 Essex Terminal Railway is a Canadian shortline terminal railroad, running from the City of Windsor, Ontario through LaSalle, to Amherstburg, Ontario, for a distance of approximately 21 miles (34 km). ETR has direct connections to Canadian Pacific Railway, and Canadian National Railway. The railway is owned by Essex Morterm Holdings.

The Roy A. Battagello River Walk Bike Trail is the current backbone of the "Windsor Loop" bike trail network in Windsor, Ontario. The bike trail travels from the foot of the Ambassador Bridge, to traffic lights at Riverside Drive and Lincoln Avenue. This makes the trail the second-longest trail in the City of Windsor, at 8.0 km.

Walkerville Collegiate Institute (W.C.I) is a secondary school in the Walkerville area of Windsor, Ontario and managed by the Greater Essex County District School Board. It is the home of the Walkerville Centre for the Creative Arts (WCCA), which has arts programs in drama, dance, visual arts, media, and vocal.

The Art Gallery of Windsor is a not-for-profit art institute in Windsor, Ontario, Canada.

Windsor station is a train station in Windsor, Ontario, Canada. It is the western terminus of Via Rail's Quebec City–Windsor Corridor. It is located in the Walkerville neighbourhood adjacent to the Hiram Walker distillery, near the Detroit River. During the week, it is served by eight Via Rail train trips per day, of which 4 originate in Windsor and 4 return to Windsor from Toronto. In 2012, Windsor was listed as the seventh busiest station in the country, according to Via.

James Cooper was a Canadian bootlegger who gained prosperity through the prohibition era. Cooper became one of the wealthiest and most powerful bootleggers in Canada.

The automotive industry in Canada consists primarily of assembly plants of foreign automakers, most with headquarters in the United States or Japan, along with hundreds of manufacturers of automotive parts and systems.

Windsor, Ontario was the first Canadian city with an electric street car system, which was introduced in 1886. Other Canadian cities soon followed suit, with St. Catharines in 1887 and Toronto in 1889. By World War I, nearly 50 Canadian cities had streetcar systems in place. By the time Windsor's streetcar system was dismantled in 1937, the system's scale was extensive and it serviced all 5 of the major riverfront communities of Windsor, Ford City, Sandwich, Walkerville and Ojibway.