When Michael Calls is a 1972 American made-for-television mystery-horror-thriller film directed by Philip Leacock and starring Elizabeth Ashley, Ben Gazzara and Michael Douglas. [1] It was adapted from John Farris' 1967 novel of the same name.

Helen Connelly is a woman whose nephew Michael died 15 years earlier. She is separated from her husband, Doremus. She is close to Michael's brother, Craig. When mysterious happenings began taking place and she begins receiving phone calls from the supposedly dead Michael, Helen begins to wonder if Michael is really dead or if she is losing touch with reality. Filmed in October - November 1971.

The television film was first broadcast as an ABC Movie of the Week on February 5, 1972. [2]

The film has been released on VHS and DVD by various small labels. It also appears under the title Shattered Silence. 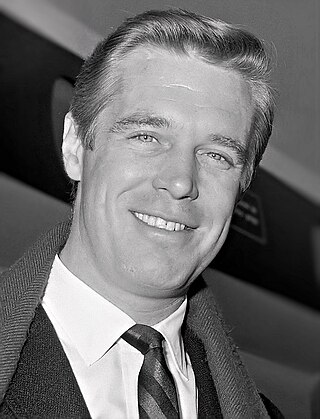 George William Peppard was an American actor. He secured a major role as struggling writer Paul Varjak when he starred alongside Audrey Hepburn in Breakfast at Tiffany's (1961), and later portrayed a character based on Howard Hughes in The Carpetbaggers (1964). On television, he played the title role of millionaire insurance investigator and sleuth Thomas Banacek in the early-1970s mystery series Banacek. He played Col. John "Hannibal" Smith, the cigar-smoking leader of a renegade commando squad in the 1980s action television series The A-Team. 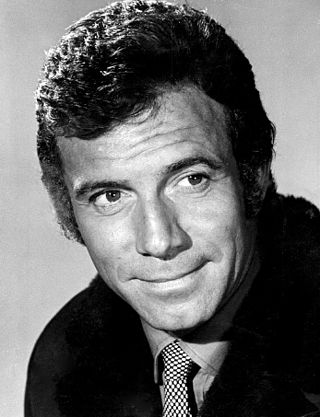 Anthony George Franciosa was an American actor most often billed as Tony Franciosa at the height of his career. He began his career on stage and made a breakthrough portraying the brother of the drug addict in the play A Hatful of Rain, which earned him a nomination for the Tony Award for Best Featured Actor in a Play. He reprised his role in its subsequent film adaptation, for which he won the 1957 Venice Film Festival Award for Best Actor, and was nominated for the Academy Award for Best Actor in a Leading Role. 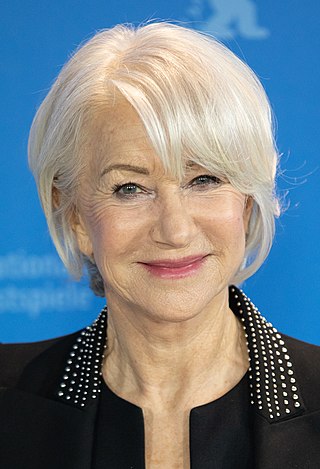 Dame Helen Mirren is an English actor. The recipient of numerous accolades, she is the only performer to have achieved the Triple Crown of Acting in both the United States and the United Kingdom. She received an Academy Award and a British Academy Film Award for her portrayal of Queen Elizabeth II in The Queen, a Tony Award and a Laurence Olivier Award for the same role in The Audience, three British Academy Television Awards for her performance as DCI Jane Tennison in Prime Suspect, four Primetime Emmy Awards and a Children's and Family Emmy Award.

Alex Michael Jennings is an English actor of the stage and screen, who worked extensively with the Royal Shakespeare Company and National Theatre. For his work on the London stage, Jennings received three Olivier Awards, winning for Too Clever by Half (1988), Peer Gynt (1996), and My Fair Lady (2003). He is the only performer to have won Olivier awards in the drama, musical, and comedy categories. 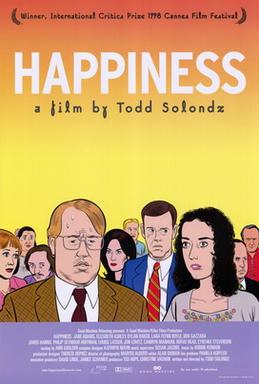 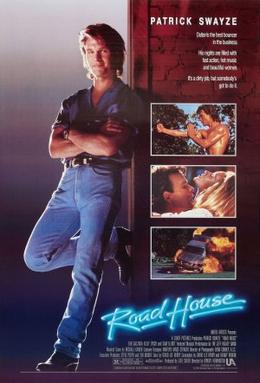 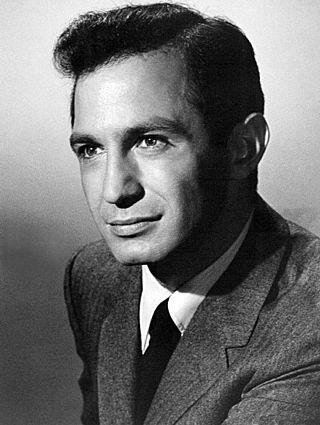 Biagio Anthony Gazzara was an American actor and director of film, stage, and television. He received numerous accolades, including a Primetime Emmy Award and a Drama Desk Award, in addition to nominations for three Golden Globe Awards and three Tony Awards. 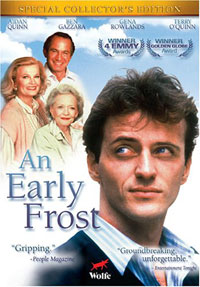 An Early Frost is a 1985 American made-for-television drama film. It was the first major film with major motion picture stars, Aidan Quinn, Gena Rowlands, Ben Gazzara, and Sylvia Sidney, broadcast on a major television network, NBC, to deal with the topic of AIDS. It was viewed by 34 million households in its initial airing, the highest rated show of the night, even beating Monday Night Football, received 14 Emmy nominations, winning three including Best Original Teleplay, a Peabody Award, as well as multiple Golden Globe nominations, including one for Sylvia Sidney who won for Best Supporting Actress. It was a major breakthrough into mass culture, as it was the first time an American audience of that size saw a film about a gay man who had AIDS, which up until then was considered a gay disease. 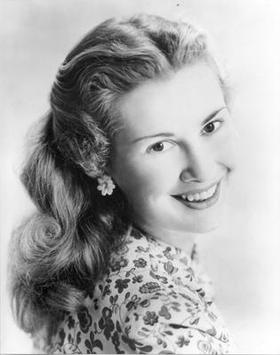 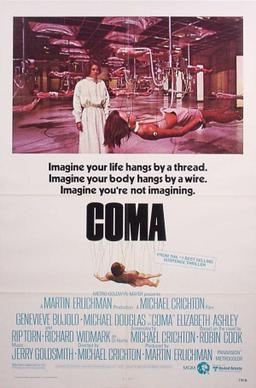 Coma is a 1978 American mystery thriller film based on the 1977 novel of the same name by Robin Cook. The film rights were acquired by director Michael Crichton, and the movie was produced by Martin Erlichmann for Metro-Goldwyn-Mayer. The cast includes Geneviève Bujold, Michael Douglas, Elizabeth Ashley, Richard Widmark, and Rip Torn. Among the actors in smaller roles are Tom Selleck, Lois Chiles, and Ed Harris.

Weatherfield is a fictional town based on Salford, Greater Manchester, which has been the setting for the British ITV soap opera Coronation Street since its inception in 1960. Much of Weatherfield has been seen by viewers throughout the years, though the primary focus from the viewer's perspective is the eponymous Coronation Street, a cobbled street where many of the programme's characters live. Weatherfield areas are often shot on location around Salford and the neighbouring large city of Manchester, as its filming studios, the Granada Studios complex on Quay Street in Manchester city centre and its replacement set MediaCityUK in Salford Quays, only house the outdoor sets of Coronation Street and its immediate surrounding streets. 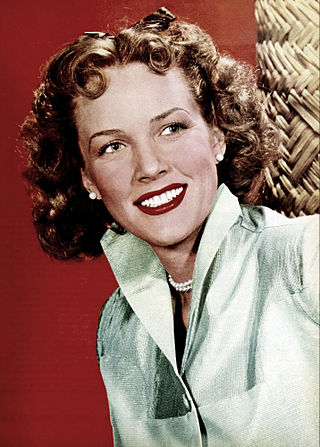 Mary Janice Rule was an American actress and psychotherapist, earning her PhD while still acting, then acting occasionally while working in her new profession. 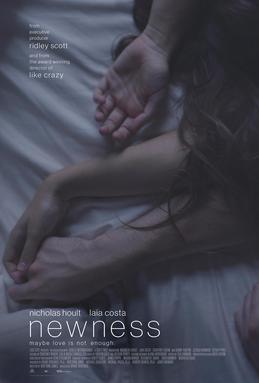 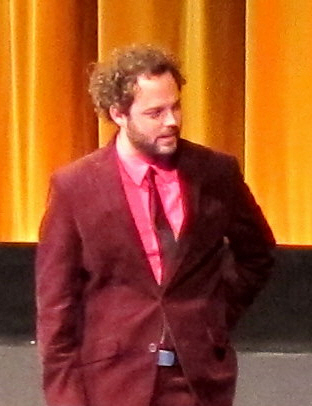 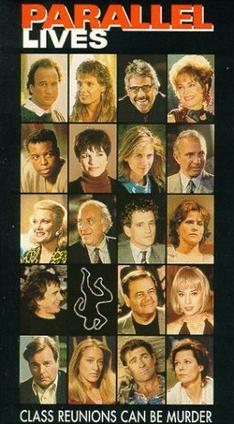 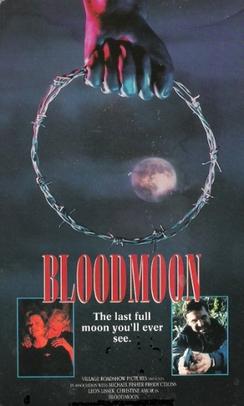 Bloodmoon is a 1990 Australian slasher film directed by Alec Mills and starring Leon Lissek, Christine Amor, Ian Williams, Helen Thomson, and Craig Cronin. It was featured in the documentary Not Quite Hollywood: The Wild, Untold Story of Ozploitation!.

Amos is a 1985 American made-for-television drama film directed by Michael Tuchner and written by Richard Kramer. It is based on the 1983 novel Amos: To Ride a Dead Horse by Stanley Gordon West. The film stars Kirk Douglas, Elizabeth Montgomery, Dorothy McGuire, Pat Morita, James Sloyan and Ray Walston. The film premiered on CBS on September 29, 1985.

Fireball Forward is a 1972 American TV movie. It was directed by Marvin J. Chomsky and written by Edmund H. North. It was produced by Frank McCarthy who called it "son of Patton": it follows a hard luck Army division in 1944 France, and the General who must lick it into shape. The film was a pilot for a proposed TV series.