In May 2003, Dieter Kohler was granted approval from the Canadian Radio-television and Telecommunications Commission (CRTC) to launch a television specialty channel called The Hunting Channel, which was described as service that "would be devoted to all aspects of hunting and fishing. It would include programming that educates the viewer on the conservation and future of wildlife, food preparation, and safety issues relating to the use of firearms and bow and arrow hunting." [1]

The channel launched in September 2004. [2] While initially being available only through a few smaller television service providers such as Access Cable and Westman Communications, it has since become widely available across Canada on all major television service providers including Cogeco, Rogers Cable, Shaw Cable, Shaw Direct, Videotron, Bell Satellite TV, and Eastlink.

In March 2019, Wild TV was renamed Wild Pursuit Network when it entered into a partnership with Pursuit Channel in the United States. [3] The partnership ended in the late summer of 2019 and the channel's name was changed back to Wild TV.

In 2010 and 2011, Wild TV was launched in several European markets including Finland, Estonia, Sweden, Slovakia, Czech Republic, and Slovenia. [4]

The Cable Public Affairs Channel, better known by its acronym CPAC, is a Canadian specialty channel owned by a consortium that includes among other part-owners Rogers Communications, Shaw Communications, Vidéotron, Cogeco, and Eastlink. The channel is devoted to coverage of public and government affairs, including carrying a full, uninterrupted feed of proceedings of the House of Commons of Canada, with three audio channels, one untreated feed and, with the assistance of interpreters, one in each of the official languages.

Canal Indigo is a Canadian English and French language pay-per-view and Near Video on Demand provider owned by Vidéotron. The service was launched on August 26, 1996.

Community television in Canada is a form of media that carries programming of local community interest produced by a cable television company and by independent community groups and distributed by a local cable company.

TSN2 is a Canadian English language sports specialty channel that acts as the secondary feed of sports-centred channel The Sports Network (TSN) and owned by CTV Specialty Television Inc. It was launched in its current form on August 29, 2008. 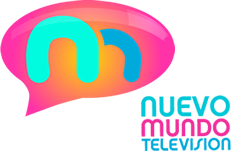 DIY Network is a Canadian English-language pay television channel centred on do it yourself home improvement projects. The channel is a joint venture between Corus Entertainment and Discovery Inc. (who owns the remaining.

The Cult Movie Network is a Canadian-based English language specialty channel consisting of programming devoted to cult films from a variety of genres including horror, fantasy, comedy, and action, among others. The channel is owned by the Cult Movie Channel Inc., a company owned by Dieter Kohler. 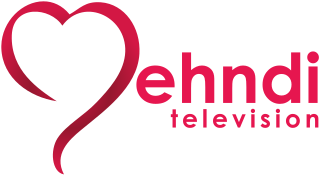 Zee TV Canada is a Canadian Category B Hindi language specialty channel and is owned by Ethnic Channels Group. It broadcasts programming from Zee TV as well as local Canadian content.

WWE Network is a Canadian English language specialty channel programmed by WWE and distributed by Rogers Sports & Media. Its programming consists entirely of the linear feed offered as part of the WWE Network video streaming service. 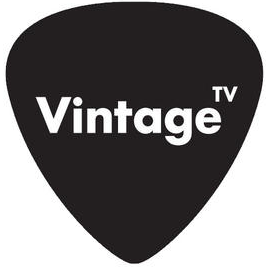 Vintage TV was a Canadian English language exempt Category B specialty channel broadcasting music-related programming, including music videos, concerts, interviews, and more from an array of genres including rock, pop, country, soul, R&B, blues, folk, and more, primarily dating from the 1940s to 1990s. Its name and majority of programming are licensed from the U.K.-based television channel, Vintage TV. The channel is owned by Vintage Entertainment Canada Limited, a consortium owned by Nathalia Browning Ribeiro, Koa Padolsky, Blue Wolverine Media and Arts Ltd., and Brain Dead Dog Productions Inc. all owning a 16.75% interest in the service, and Vintage Entertainment Limited, the parent company of the UK channel, owning a 33% interest.