William Dear (born November 30, 1943) is a Canadian film director, producer and screenwriter. [2] He is known for directing the films Harry and the Hendersons , If Looks Could Kill , Angels in the Outfield , Wild America , and Santa Who? . [3]

Dear was born in Toronto, Ontario. [3] He is the father of actor and storyboard artist, Oliver Dear. 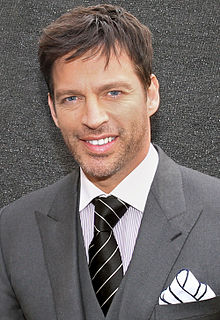 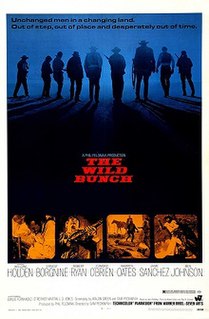 The Wild Bunch is a 1969 American Revisionist Western film directed by Sam Peckinpah and starring William Holden, Ernest Borgnine, Robert Ryan, Edmond O'Brien, Ben Johnson and Warren Oates. The plot concerns an aging outlaw gang on the Mexico–United States border trying to adapt to the changing modern world of 1913. The film was controversial because of its graphic violence and its portrayal of crude men attempting to survive by any available means. 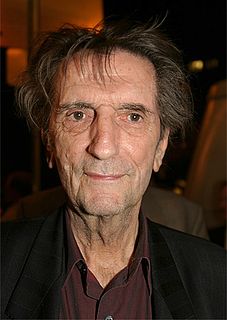 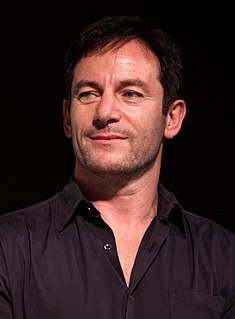 Bruce Davison is an American actor and director of television, film, and theater. Davison is well known for his starring role as Willard Stiles in the cult horror film Willard (1971) and his Academy Award-nominated and Golden Globe-winning performance in Longtime Companion (1989), and as Thomas Semmes in the HBO original movie Vendetta. He featured in the X-Men film franchise – through X-Men (2000) and X2 (2003) – as antagonist Senator Robert Kelly. 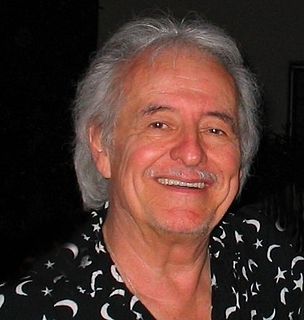 Henry Darrow was an American character actor of stage and film known for his role as Manolito "Mano" Montoya on the 1960s television series The High Chaparral. In film, Darrow played the corrupt and vengeful Trooper Hancock in The Hitcher. During the 1970s and 1980s, he was seen in numerous guest starring television roles. Darrow replaced Efrem Zimbalist Jr. as Zorro's father Don Alejandro de la Vega in the 1990s television series Zorro. 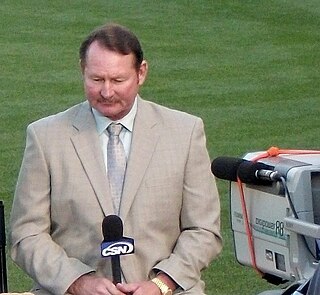 Carney Ray Lansford is an American former professional baseball player and coach. He played in Major League Baseball (MLB) as a third baseman from 1978 to 1992, most notably as a member of the Oakland Athletics team that won three consecutive American League pennants and a World Series championship in 1989. He also played for the California Angels and the Boston Red Sox. Lansford was the 1981 American League batting champion as a member of the Red Sox and was an American League All-Star in 1988 with the Athletics.

James Patrick Sheridan is an American actor known for playing a wide range of roles in theater, film, and television.

Harry and the Hendersons is a 1987 American fantasy comedy film directed and produced by William Dear and starring John Lithgow, Melinda Dillon, Don Ameche, David Suchet, Margaret Langrick, Joshua Rudoy, Lainie Kazan and Kevin Peter Hall. Steven Spielberg served as its uncredited executive producer, while Rick Baker provided the makeup and the creature designs for Harry. The film tells the story of a Seattle family's encounter with the cryptozoological creature Bigfoot, partially inspired by the numerous claims of sightings in the Pacific Northwest, California, and other parts of both the United States and Canada over three centuries. In conjunction with the film's setting, shooting took place at several locations in the Cascade Range of Washington state near I-90 and the town of Index near US 2, as well as Seattle's Wallingford, Ballard and Beacon Hill neighborhoods and other locations in or around Seattle. 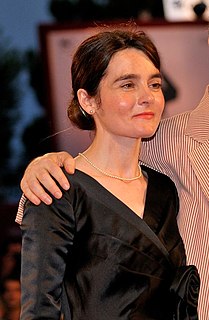 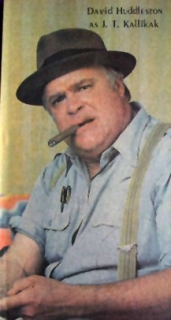 If Looks Could Kill is a 1991 American action comedy film directed by William Dear and starring Richard Grieco.

Free Style is a 2008 coming-of-age film about an 18-year-old young man, who is devoted to his family, and finds love and himself in his quest to win the Amateur National Motocross Championship. Free Style is directed by William Dear.

"Let's Give the Boy a Hand" is the fourth episode of the first season of the American television drama series Dexter. It premiered on October 22, 2006 on Showtime in the United States. The episode was written by Drew Z. Greenberg and directed by Robert Lieberman. The Ice Truck Killer starts leaving body parts of his latest victim at locations related to Dexter's childhood, making him confront his dark personal history. Meanwhile Rita confronts a neighbor with a noisy dog that is keeping her children up at night. Lieutenant LaGuerta seeks to comfort the mother of the latest Ice Truck Killer victim and the pressure on Sergeant Doakes escalates when Guerrero's associates begin following him.