William Kent Krueger is an American novelist and crime writer, best known for his series of novels featuring Cork O'Connor, which are set mainly in Minnesota. [1] In 2005 and 2006, he won back-to-back Anthony Awards for best novel. [2] In 2014, his stand-alone book Ordinary Grace won the Edgar Award for Best Novel of 2013. [3]

Krueger has said that he wanted to be a writer from the third grade when his story "The Walking Dictionary" was praised by his teacher and parents. [4]

He attended Stanford University, but his academic path was cut short when he came into conflict with the university's administration during student protests of spring 1970. [4] Throughout his early life, he supported himself by logging timber, digging ditches, working in construction, and being published as a freelance journalist; he never stopped writing. [4]

Krueger is married and has two children. He lives in St. Paul, Minnesota. [1]

Krueger has said his favorite book is To Kill a Mockingbird . He grew up reading Ernest Hemingway, John Steinbeck, F. Scott Fitzgerald, and James T. Farrell. Most influential among these was Hemingway. In an interview for Shots magazine, Krueger described his admiration for Hemingway's prose:

His prose is clean, his word choice perfect, his cadence precise and powerful. He wastes nothing. In Hemingway, what's not said is often the whole point of a story. I like that idea, leaving the heart off the page so that the words, the prose itself, is the first thing to pierce you. Then the meaning comes. [4]

Krueger prefers to write early in the morning. He began writing in his 30s and had to make time for writing early in the morning before going to work at the University of Minnesota. Rising at 5:30 am, he would go to the nearby St. Clair Broiler, where he would drink coffee and write longhand in wire-bound notebooks. [4] [5] In return for his loyalty, the restaurant has hosted book launches for him. At one of them, the staff wore T-shirts emblazoned with "A nice place to visit. A great place to die." [6] The St. Clair Broiler permanently closed in the fall of 2017.

Setting for the Cork O'Connor series

When Krueger decided to set the series in northern Minnesota, he realized that a large percentage of the population was of mixed ancestry. In college, he had wanted to become a cultural anthropologist; he became intrigued by researching the Ojibwe culture and weaving the information into his books. His books are set in and around Native American reservations. The main character, Cork O'Connor, is part Ojibwe and part Irish. [7]

History was a study in futility. Because people never learned. Century after century, they committed the same atrocities against one another or against the earth, and the only thing that changed was the magnitude of the slaughter... Conscience was a devil that plagued the individual. Collectively, a people squashed it as easily as stepping on a daisy.

Krueger has read the first Ojibwe historian, William Whipple Warren, Gerald Vizenor and Basil Johnston. He has also read novels by Louise Erdrich and Jim Northrup. Krueger began to meet the Ojibwe people and because of his interest in their culture. [7]

Krueger believes that the sense of place is made resonant by the actions and emotions of the characters within it. He describes it as "a dynamic bond that has the potential to heighten the drama of every scene." [8]

Pocket Books is a division of Simon & Schuster that primarily publishes paperback books.

Vincent Joseph Flynn was an American author of political thriller novels surrounding the story of the fictional assassin Mitch Rapp. He was a story consultant for the fifth season of the television series 24. He died on June 19, 2013, after three years with prostate cancer. 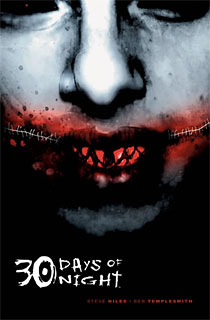 30 Days of Night is a three-issue horror comic book miniseries written by Steve Niles, illustrated by Ben Templesmith, and published by American company IDW Publishing in 2002. All three parties co-own the property. 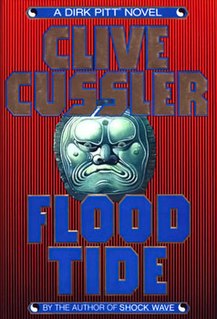 Flood Tide is an adventure novel by Clive Cussler. This is the 14th book featuring the author's primary protagonist, Dirk Pitt.

Beverly Swerling was an American writer of historical fiction.

Term Limits, published in 1997, is the first political thriller novel by Vince Flynn.

Kresley Cole is an American bestselling author of paranormal romance and young adult novels. She has received three Romance Writers of America (RWA) RITA Awards and was inducted into the RWA Hall of Fame in 2009. 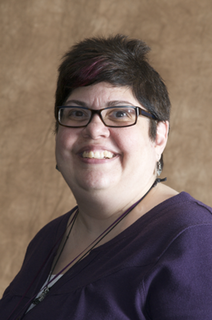 Maria Lima, is the award-nominated writer of the Blood Lines series published by Pocket Books. Born in Matanzas, Cuba she discovered the magic of books after her family emigrated to the United States. She started writing her own stories and has been continued publishing books ever since.

This is a bibliography of works by writer Peter David.

Jay Hector MacLarty was an American entrepreneur and novelist. 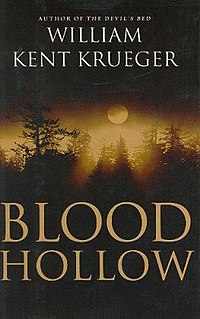 Blood Hollow is a book written by William Kent Krueger and published by Atria Books, which later went on to win the Anthony Award for Best Novel in 2005.