Last updated October 13, 2021
Not to be confused with Society of Women Engineers.
Women's engineering organisation

The Women's Engineering Society is a United Kingdom professional learned society and networking body for women engineers, scientists and technologists. It was the first professional body set up for women working in all areas of engineering, predating the Society of Women Engineers by around 30 years. [1]

The society was formed on 23rd June 1919, after the First World War, during which many women had taken up roles in engineering to replace men who were involved in the military effort. [2] [3] While it had been seen as necessary to bring women into engineering to fill the gap left by men joining the armed forces, government, employers and trades unions were against the continuing employment of women after the war. The Restoration of Pre-War Practices Act 1919 gave soldiers returning from World War I their pre-war jobs back and meant many women could no longer work in roles they were employed to fill during the war. [4]

Early members in the 1920s and 1930s, included Verena Holmes, Hilda Lyon and Margaret Partridge. [1] Pilot and engineer, Amy Johnson, who was the first woman to fly solo from the United Kingdom to Australia, was a member of WES and served as president between 1935-37. [9] A registry of members from 1935 shows there were members from across the world, such as the United States of America, including sociologist and industrial engineer Lillian Gilbreth, and Germany, including Asta Hampe and Ilse Knot-ter Meer. [10]

Society members have advised the UK government on evolving employment practices for women. Constituted as a professional society with membership grades based on qualification and experience, the society promotes the study and practice of engineering and allied sciences among women.

WES is represented by groups. The work of the groups focuses on:

The society produces the journal The Woman Engineer which was edited by Caroline Haslett in its early years. [13] The journal contained technical articles in its early years but now gives a view of work in engineering disciplines and women's involvement in them. [14] The digital archive of the journal is held by the Institution of Engineering and Technology. [13]

WES members volunteer in schools with the aim of inspiring girls to take up engineering and allied science careers. In 1969, President Verena Holmes left a legacy to fund an annual lecture to inspire school girls. Run by the Verena Holmes Trust, the first lecture tour was in 1969 during the first UK Women in Engineering Year. [15] It was delivered at various venues to children aged nine to eleven to encourage their interest in engineering, [16] [17] The lectures were given by leading engineers with Mary Kendrick giving the lecture in 1981. [18]

Members provided the 'technical women power' for the Women in Science and Engineering (WISE) buses that were launched following the WISE Year in 1984, an initiative that continued into the 1990s.

In 2014 WES set up an outreach programme called Magnificent Women (and their flying machines) which replicates the work that women did during the First World War in making aircraft wings, and this was aimed at secondary school girls. [19]

MentorSET is a mentoring scheme for engineers, inspired by the WES President Petra Gratton (née Godwin) in 2000. [20] The scheme was a collaborative project with national network of women scientists (AWISE). It was a mentoring scheme to help women in their career and to support them back into engineering after a career break. MentorSET has been funded by DTI, the UK Resource Centre for Women in SET, and BAE Systems. In 2015 the MentorSET programme was relaunched with funding from DECC, now BEIS and Women in Nuclear and is now relevant to women working in science and technology as well as engineering.

Members are drawn from women who have entered the profession through routes varying from traditional apprenticeship to higher education leading to graduate and further degrees. The participation of male engineers in the society is encouraged.

Mary (Molly) Isolen Fergusson was a British civil engineer, the first female fellow of the Institution of Civil Engineers, elected in 1957.

Verena Winifred Holmes was an English mechanical engineer and multi-field inventor, the first woman member elected to the Institution of Mechanical Engineers (1924) and the Institution of Locomotive Engineers (1931), and was a strong supporter of women in engineering. She was one of the early members of the Women's Engineering Society, and its president in 1931. She was the first practising engineer to serve as president of the society.

Peggy Lilian Hodges was a British engineer who worked on guided missile technology at GEC Marconi.

Laura Annie Willson MBE was an English engineer and suffragette, who was twice imprisoned for her political activities. She was one of the founding members of the Women's Engineering Society and was the first female member of the Federation of House Builders.

Margaret, Lady Moir, OBE was a Scottish lathe operator, engineer, a workers' relief organiser, an employment campaigner, and a founder member of the Women's Engineering Society (WES). She went on to become vice-president and president of WES, and in 1934 president of the Electrical Association for Women (EAW), in which role she gave full expression to her belief that 'the dawn of the all-electric era' was at hand. She had no doubt about the importance of this development in freeing women to pursue careers outside the home:

'It is essential that women become electrically minded. By this I mean that they must not only familiarize themselves with electric washing machines, fires and cookers, but possess sufficient technical knowledge to enable them to repair fuses and make other minor adjustments. Only by doing so will women learn to value electricity's cheapness and utility, and regard it as a power to rescue them from all unnecessary household labours.'

Gertrude Lilian Entwisle was an electrical engineer. She was the first British woman to retire from a complete career in industry as a professional engineer; the first female engineer to work at British Westinghouse; and the first female student, graduate, and associate member of the Institution of Electrical Engineers. Entwisle was known for her work on designing DC motors and exciters. Her obituary said she broke "barriers of prejudice to become a respected designer of electrical rotating machinery." 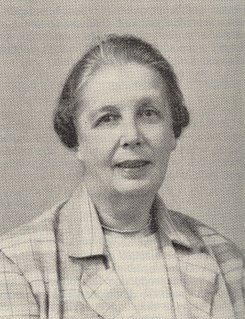 Margaret Mary Partridge was an electrical engineer, contractor and founder member of the Women's Engineering Society (WES) and the Electrical Association for Women (EAW). Her business worked with WES to identify and employ female apprentices, including Beatrice Shilling. Partridge also helped campaign to change the International Labour Organisation convention on night work for women in 1934, after Shilling was found working on her own in a power station at night, thus contravening the existing regulations.

Claudia Sydney Maia Parsons was a British engineer, writer and traveller. One of the first three women to graduate as engineers in England, she also wrote several books and was the first woman to circumnavigate the world by car.

Isabel Helen HardwichMInstP was an English electrical engineer, an expert in photometry, and fellow and president of the Women's Engineering Society.

Annette Ashberry, also known as Anne Ashberry, was a British engineer, gardener and author, and the first woman elected to the Society of Engineers.

Rosina "Rose" Winslade was a British engineering manager who became President of the Women's Engineering Society and a governor of University College, Nairobi.

The Electrical Association for Women (EAW) was a feminist and educational organisation founded in Great Britain in 1924 to promote the benefits of electricity in the home. 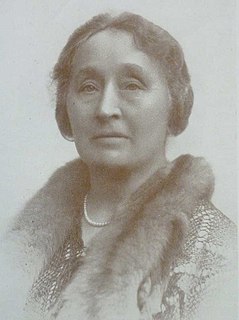 The Hon. Lady Parsons was the co-founder and second President of the Women's Engineering Society (WES), and an engineer in her own right.

Mabel Lucy Matthews AIEE was a British electrical and production engineer, instigator of idea for the Electrical Association for Women. 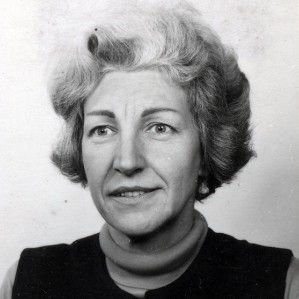 Mary Patricia Kendrick MBE born Mary Patricia Boak was a British tidal engineer who was an expert on silt. She worked on many projects but she is known for leading a team working on the Thames Barrier. She broke a 200 year long list of Admirals who looked after keeping the River Mersey navigable when she appointed Acting Conservator of the River Mersey - a role that dates back to 1625.

ICWES is an international conference for engineers and scientists. Established in 1964, it takes place every 3-4 years in countries around the world.