In 2010, Daddy X and The Dirtball, along with D.I. members, TNT, Joey Glock, and Colt Clayton, formed the So Cal/Oregon Punk Rock X-Pistols. The band started when Daddy X was feeling an urge to revert to his old Punk Rock days, and wanted to do another punk band."There is always a punk element to what the Kottonmouth Kings do, but I’ve had a burning desire to press down on the throttle and open up the engine to my punk-rock roots." "Once I heard the Dirtball spit his venomous patterns on some punk, it was a wrap! I told him we need to do a whole record. The goal was to have fun, unleash some energy and take punk rock somewhere it had never been taken! I think we awoke a sleeping beast with this record." [2] - Daddy X. The X-Pistols are signed to Suburban Noize Records, and January 18, 2011 they released their debut album Shoot to Kill . December 9, 2010 an advertisement video for their title track, Shoot to Kill was released world wide on YouTube. On the Kottonmouth Kings' 2010 album release, Long Live The Kings bonus disc, the X-Pistols song "P In the Punk" was released as a sneak peek. 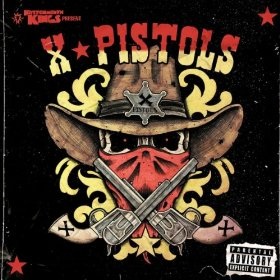 Shoot to Kill is the debut album of the California punk rock group The X-Pistols, released January 18, 2011 on Suburban Noize Records. 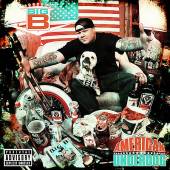 American Underdog is the fourth studio album by American rapper Big B. It was released on March 24, 2009 via Suburban Noize Records. The album features guest appearances from Scott Russo of Unwritten Law, Jared of Hed PE, and Kottonmouth Kings members Daddy X, John E. Necro, Johnny Richter and The Dirtball.