Zachee Ama Orji, born in Libreville, Gabon, in the 1960s, is a Nigerian actor, director, producer and filmmaker.

Orji is a graduate of University of Nigeria, Nsukka. Having grown up in Cameroon, Benin and Togo he speaks both English and French fluently. [1] His first movie was in 1991, and was entitled Unforgiven Sin. In an interview with Nollywood Post, Orji shared how he got the lead role in the movie without auditioning. [2] Since then, Orji has starred in different movies and is now a Nollywood legend.

He is married to Ngozi Orji has three children and lives in Nigeria.

Zack Orji made his directorial debut in 2000, with the movie titled WEB starring himself and Ghanaian actress, Kalsoume Sinare. [3] The movie won best collaborative film in the Ghana awards of 2001. 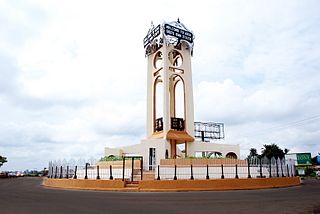 Abia is a state in the south eastern part of Nigeria. The capital is Umuahia, and the major commercial city is Aba, which was formerly a British colonial government outpost in the region, and is also one of the most populated areas in Nigeria. Abia state was created in 1991 from part of Imo State. It is one of the constituent states of the Niger Delta region. It's also the 5th most industrialized state in the country, and has the 4th highest index of human development in the country, with numerous economic activities and fast growing populations as recorded by the United nations early 2018. The state also houses the biggest cattle market in Nigeria.

Genevieve Nnaji is a Nigerian actress, producer, and director. She won the Africa Movie Academy Award for Best Actress in a Leading Role in 2005, making her the first actor to win the award. In 2011, she was honoured as a Member of the Order of the Federal Republic by the Nigerian government for her contributions to Nollywood. Her directorial debut movie, Lionheart, is the first Netflix Original from Nigeria, and first Nigerian submission for the Oscars. The movie was disqualified for having most of its dialogue in English. After having spent decades in the movie industry, she was profiled alongside some celebrities and business executives in 2020 in two new books by publisher and Editor in Chief l, 'Yes International!' magazine, Azuh Arinze. 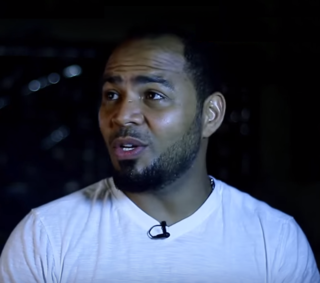 Ramsey Nouah is a Nigerian actor and director. He won the Africa Movie Academy Award for Best Actor in a Leading Role in 2010 for his performance in the movie "The Figurine". He made his directorial debut with the film Living in Bondage: Breaking Free in 2019 and also went on to direct Nollywood classic Rattle Snake: The Ahanna Story which is a remake of Rattlesnake (1995).

Maynard Eziashi is a British Nigerian actor. In 1991, he won the Silver Bear for Best Actor at the 41st Berlin International Film Festival for his starring role in Mister Johnson (1990). 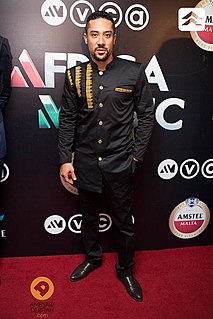 Majid Michel is a Ghanaian pastor and actor. He received nominations for Best Actor in a Leading Role at the Africa Movie Academy Awards in 2009, 2010, 2011, 2012, 2014 and 2017. He eventually won the award in 2012 after three previous consecutive nominations.

Kunle Afolayan is a Nigerian actor, film producer and director.

irokotv is a web platform that provides paid-for Nigerian films on-demand. It is one of Africa's first mainstream online movie streaming websites, providing access to over 5,000 Nollywood film titles. irokotv is a part of iROKO Partners which is one of Africa's leading entertainment companies, housing brands such as iROKING, an online music platform and its YouTube website, Nollywoodlove.

Adenrele Oluwafemi Edun popularly known as Denrele, is a Nigerian television host, who has been recognized with many awards. The award-winning TV host has bagged many including The Best TV Personality at the NEAs in New York 2011, Dynamix Award for Best Youth TV Personality 2006/2007/2008, The Future Award for Best Producer 2007.

Half of a Yellow Sun is a 2013 Anglo-Nigerian drama film directed by Biyi Bandele and based on the novel of the same name by Chimamanda Ngozi Adichie. The film is historical fiction that follows two sisters who are caught up in the outbreak of the Nigerian Civil War.

Clem Ohameze is a Nigerian actor with two decades in acting. Clem Ohameze started professional acting in 1995. But his breakthrough role was in 1998 when he featured in a big-budget movie titled ENDTIME. He has acted in over 500 movies in his 20-year career spanning 1995 to date and is set to feature in many more movies in the coming months.

Segun Arinze is a Nigerian actor and singer.

Jason Chukwuma Njoku is a British-Nigerian businessman. He is the co-founder and CEO of iROKOtv, a video-on-demand service for Nigerian movies.

Lucie Memba Bos was born is a Cameroonian actress, movie producer who have starred in both series and movies in French and English language. She was honored for best lead actress in Cinema of Cameroon for French speaking actress at Cameroon Movies Merit Award (CMMA) 2013 edition. She did her International debut with Nollywood stars in the movie Pink Poison featuring Jim Iyke and Far starred alongside Nigerian Dakore Akande. In 2014 she launched L.M.B production after her name [Lucie Memba Bos].Producing the Cameroon movie Paradise, still in 2014. she co-produce La patrie d’abord, the first film of war in tribute to the Cameroonian defense forces under her production. In September, 2017 she was nominated as best Cameroonian female actor for le TROPHEES FRANCOPHONES DU CINEMA in the film La Patrie D'abord.

Yakubu Mohammed is a Nigerian film actor, producer, director, singer and script writer. He is a Globacom ambassador, SDGs ambassador and at a time, an ambassador for Nescafe Beverage. Yakubu Mohammed is a seasoned actor of repute and a household name in both Kannywood and Nollywood. He has sung over 1000 songs, featured in well over 100 Hausa films and more than 40 English films some of which includes; Lionheart, 4th Republic, Sons of the Caliphate and MTV Shuga which earned him several nominations and awards such as City People Entertainment Awards and Nigeria Entertainment Awards.

Gloria Young is a Nigerian actress who has featured in more than 70 movies and has won the City People Movie Award for Movie Couple of the Year at the City People Entertainment Awards.

Jennifer Okere was a Nigerian actress and one of the pioneers of the Nigerian film industry (Nollywood) in the 1990s. Her two ground-breaking Nollywood blockbuster movies, Living in Bondage and Glamour Girls have been re-adapted. She was the posthumous recipient of the 2016 Afro Heritage Broadcasting and Entertainment Awards (AHBEA) in Houston, Texas.