This year's tournament was scheduled to start in April 2020. However, due to the COVID-19 pandemic, it was postponed to mid-June.

A total of 33 A Lyga, LFF I Lyga and II Lyga teams are participating. The reserve teams do not participate in the cup competition. The A Lyga teams will join the tournament from the 1/8 final stage. [1] With a view to shorten the competition the teams of lower divisions were not invited this year.

The league that the team represents is indicated in brackets.
Note: FK Aukštaitija changed the club's name to FK Ekranas.

Randomly drawn teams that advanced to Round II: [5]

Randomly drawn I Lyga teams that advanced to 1/8 final:

The final will be broadcast on TV3 channel for the first time. [9]

The Lithuanian Football Federation Cup, also known as Hegelmann LFF Cup for sponsorship reasons, is a Lithuanian football cup competition contested in a knockout tournament format. The winner of the cup gains entitlement to participate in the Lithuanian Supercup as well as the UEFA Europa League.

The Sunday Football League, SFL(lith: Sekmadienio Futbolo Lyga) is an amateur association football level 5 league in Lithuania. The league was established in 2005. It is managed by an organization VšĮ "Sekmadienio futbolo lyga“, run by Vilnius District Football Union (VRFS), independently from the Lithuanian Football Federation. Players from all other leagues except the top Lithuanian division A Lyga are allowed to play in the SFL as well as their respective league clubs. All games take place on Sundays, unlimited substitutions are allowed.

The 2018 Lithuanian Football Cup, also known as LFF Cup, was the seventy-third season of the Lithuanian annual football knock-out tournament. Forty-eight teams entered the competitions, which started on 27 April and ended on 30 September.

The 2018 II Lyga season was the second season since return to two divisions system, the twentieth after switch to spring-to-fall format and the thirtieth overall after the restoration of Independence. 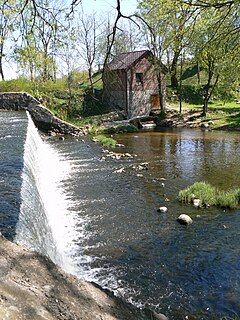 The 2019 II Lyga season is the third season since return to two divisions system, the twenty-first after switch to spring-to-fall format and the thirty-first overall after the restoration of Independence.

The 2020 LFF I Lyga is the 31st season of the I Lyga, the second tier football league of Lithuania. The season was planned to begin in March, but was delayed to June because of COVID-19 pandemic. The season finished on time on 31 October.

The 2021 A Lyga, for sponsorship reasons also called Optibet A lyga is the 32nd season of the A Lyga, the top-tier football league of Lithuania. The season began on 5 March and is planned to end at the beginning of November 2021.

The 2021 Lithuanian Football Cup is a single elimination association football tournament which began on 22 May 2021. The winner of the competition will earn a spot in the second qualifying round of the 2022–23 UEFA Europa Conference League.