60 Seconds of Solitude in Year Zero

60 Seconds of Solitude in Year Zero is a 2011 anthology film, a one-time-only event that took place in the Port of Tallinn, Estonia on 22 December 2011. The film is a collection of one-minute short films created by 60 filmmakers from around the world on the theme of the death of cinema. [1]

The project, developed as an ode to 35mm film and dedicated to preserving the freedom of thought in cinema, was conceived by Veiko Õunpuu with Taavi Eelmaa [2] and funded by the 2011 European Capital of Culture Tallinn, the Estonian Ministry of Culture and the EU-Japan Fest Committee. [3]

Tallinn is the capital, the most populous and primate city of Estonia. Located in the northern part of the country, on the shore of the Gulf of Finland of the Baltic Sea, it has a population of 437,619 in 2020. Administratively a part of Harju County, Tallinn is the main financial, industrial and cultural centre of Estonia; the second largest city, Tartu, is located in the southern part of Estonia, 187.2 kilometres (116.3 mi) southeast of Tallinn. Tallinn is located 80.32 kilometres (49.91 mi) south of Helsinki, Finland, 320.56 kilometres (199.19 mi) west of Saint Petersburg, Russia, 300.84 kilometres (186.93 mi) north of Riga, Latvia, and 380 kilometres (240 mi) east of Stockholm, Sweden. It has close historical ties with these four cities. From the 13th century until the first half of the 20th century Tallinn was known in most of the world by its historical German name Reval. 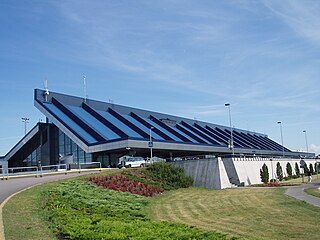 Tallinn Airport or Lennart Meri Tallinn Airport is the largest airport in Estonia and serves as a hub for the national airline Nordica, as well as the secondary hub for AirBaltic and LOT Polish Airlines. It was also the home base of the now defunct national airline Estonian Air. Tallinn Airport is open to both domestic and international flights. It is located 2.7 nautical miles southeast of the centre of Tallinn on the eastern shore of Lake Ülemiste. It was formerly known as Ülemiste Airport.

Tallink is an Estonian shipping company operating Baltic Sea cruiseferries and ropax ships from Estonia to Finland, Estonia to Sweden, Latvia to Sweden and Finland to Sweden. It is the largest passenger and cargo shipping company in the Baltic Sea region. It owns Silja Line and a part of SeaRail. Tallink Hotels runs four hotels in Tallinn and one in Riga. It is also the co-owner of a taxi company Tallink Takso. 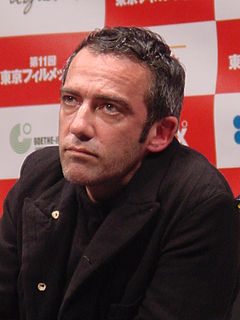 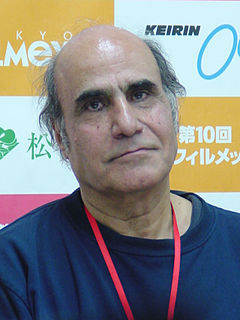 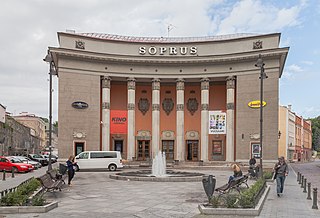 Cinema in Estonia is the film industry of the Republic of Estonia. The motion pictures have won international awards and each year new Estonian films are seen at film festivals around the globe. 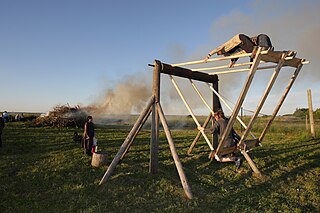 The culture of Estonia combines an indigenous heritage, represented by the country's Finnic national language Estonian, with Nordic and German cultural aspects. The culture of Estonia is considered to be largely influenced by Germanic. Due to its history and geography, Estonia's culture has also been influenced by the traditions of other Finnic peoples in the adjacent areas, also the Baltic Germans, Balts, and Slavs, as well as by cultural developments in the former dominant powers, Sweden, Denmark and Russia. Traditionally, Estonia has been seen as an area of rivalry between western and eastern Europe on many levels. An example of this geopolitical legacy is an exceptional combination of multiple nationally recognized Christian traditions: Western Christianity and Eastern Christianity. The symbolism of the border or meeting of east and west in Estonia was well illustrated on the reverse side of the 5 krooni note. Like the mainstream cultures in the other Nordic countries, Estonian culture can be seen to build upon ascetic environmental realities and traditional livelihoods, a heritage of comparatively widespread egalitarianism arising out of practical reasons, and the ideals of closeness to nature and self-sufficiency.

Tallinnfilm is the oldest surviving film studio in Estonia. It was founded as Estonian Culture Film in 1931, and was nationalized in 1940 after Estonia was forced into the Soviet Union. During the first year of Soviet Occupation (1940–1941) Eesti Kultuurfilm was taken over by the Communist Party and renamed Kinokroonika Eesti Stuudio. In 1942 during the German occupation the studio was renamed Kinokroonika Tallinna Stuudio and then renamed again as Tallinna Kinostuudio in 1947 by the Soviets. The Tallinn Film Studio was renamed Kunstiliste ja Kroonikafilmide Tallinna Kinostuudio in 1954 and in 1963 was renamed again Tallinnfilm.

Mark Boswell is the founder and leading theorist of the NOVA-KINO experimental cinema movement.

Auraeus Solito, also known as Kanakan-Balintagos, is a Palawán-Filipino filmmaker and indigenous peoples rights advocate who comes from a lineage of shaman-kings from the Palawán tribe. He was one of the first to be born outside of his tribal land of South Palawan. He was born in the city of Manila and, after graduating from the Philippine Science High School, studied theater at the University of the Philippines, where he received a degree in Theater Arts. One of the leading independent filmmakers in the Philippines, he was chosen as part of in Take 100, The Future of Film in 2010. This book, published by Phaidon Press, New York, is a survey featuring 100 emerging film directors from around the world who have been selected by 10 internationally prominent film festival directors.

Nortal is a multinational strategic change and technology company headquartered in Tallinn, Estonia, with operations in Europe, the Middle East and Africa.

Estonia, officially the Republic of Estonia, is a country on the eastern coast of the Baltic Sea in Northern Europe. It is bordered to the north by the Gulf of Finland across from Finland, to the west by the Baltic Sea across from Sweden, to the south by Latvia, and to the east by Lake Peipus and Russia. The territory of Estonia consists of the mainland and of 2,222 islands in the Baltic Sea, covering a total area of 45,227 km2 (17,462 sq mi), and is influenced by a humid continental climate. Tallinn, the capital of Estonia, and Tartu are the largest cities and urban areas in the country. Other notable cities include Narva, Pärnu, Kohtla-Järve and Viljandi. The official language of the country, Estonian, is the second-most-spoken Finnic language.

Michael Glawogger was an Austrian film director, screenwriter and cinematographer.

Ingrid Lukas is an Estonian singer-songwriter, pianist and composer, residing in Switzerland. She featured as part of the Swiss Government's official House of Switzerland entertainment series for athletes and the public at the 2012 Summer Olympics in London.

Tallinn Music Week (TMW) is an international new music showcase, city culture festival and networking event for music and creative industry professionals, held every spring in Tallinn, Estonia since 2009. Operated by Tallinn-based company Shiftworks OÜ, it showcases emerging artists from all over Europe and beyond, provides a networking platform for music and creative industry professionals, and introduces the city of Tallinn. The festival is attended by around 20,000 people and 1,000 music industry executives yearly. TMW has been acknowledged as an important industry event and attractive tourism destination by The Guardian,New York Times, Forbes, and Experty.by.

Taavi Eelmaa is an Estonian stage and film actor.