The Alberta Sports Hall of Fame is a hall of fame and museum in Red Deer, Alberta, Canada, dedicated to the preservation and history of sports within the province. It was created in 1957 by the Alberta Amateur Athletic Union (AAAU). [1] The museum was eventually taken over by Sport Alberta in 1973 when the AAAU ceased operations. [2] It has been maintained by the Alberta Sports Hall of Fame and Museum Society since 1997. [1] The first permanent display for the Hall of Fame was established in Edmonton in 1962. [3] The museum relocated between Edmonton and Calgary on numerous occasions until settling in Red Deer in 1999. [1]

Induction was originally limited to amateur athletes. In 1979, eligibility was also extended to professional athletes. [1] In the Hall's early years, winners of major international competitions were automatic qualifiers for entry. [2] However, that practice was ended by 1981 as part of a general tightening of induction criteria for such halls of fame across Canada. At that time, the maximum number of inductions was limited to seven athletes or teams per year. [4] Inductees are divided into several categories such as athletes, teams, builders, and pioneers. The provincial sports media members were also given the Bell Memorial Award [5]

The Canadian Music Hall of Fame was established in 1978 by the Canadian Academy of Recording Arts and Sciences (CARAS) to honour Canadian musicians for their lifetime achievements in music. The award presentation is held each year as part of the Juno Award ceremonies. Since 2012, the inductee also performs at the ceremony as the final performer. 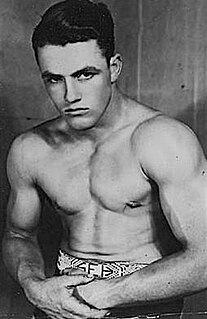 Stewart Edward Hart was a Canadian professional wrestler, wrestling booker, promoter, coach, trainer, football player, amateur wrestler, and sailor. He is best known for founding and handling Stampede Wrestling, a professional wrestling promotion based in Calgary, Alberta, teaching many individuals at its associated wrestling school "The Dungeon" and establishing a professional wrestling dynasty consisting of his relatives and close trainees. As the patriarch of the Hart wrestling family, Hart is the ancestor of many wrestlers, most notably being the father of Bret and Owen Hart as well as the grandfather of Natalya Neidhart, Teddy Hart and David Hart Smith. 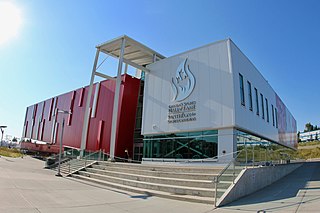 Earl Wesley Bascom was an American painter, printmaker, sculptor, cowboy, rodeo performer, inventor, and Hollywood actor. Raised in Canada, he portrayed in works of fine art, his own experiences of cowboying and rodeoing across the American and Canadian West. Bascom was awarded the Pioneer Award by the ProRodeo Hall of Fame in 2016 and inducted into several halls of fame including the Canadian Pro Rodeo Hall of Fame in 1984. Bascom was called the "Cowboy of Cowboy Artists," the "Dean of Rodeo Cowboy Sculpture" and the "Father of Modern Rodeo." He was a participant member of The Church of Jesus Christ of Latter-day Saints.

Raymond High School (RHS) is a public secondary school in Raymond, Alberta, Canada. It is the one of many schools in the County of Warner No. 5 for grades 10 through 12. The school is in the Westwind School Division and has approximately 250 students.

Norman H. Kimball is a Canadian former football executive. Joining the organization in 1961, he served as the general manager of the Edmonton Eskimos from 1966 to 1985. He won the Grey Cup with the team in 1975 and for five years straight from 1978 to 1982. From 1971 to 1974, he was Chairman of the CFL General Managers. In 1975, he became the Chairman of the CFL's Player Relations Committee. He was also President and Chief Operating Officer of the Montreal Alouettes from 1986 to 1987. Kimball was elected as a builder in the Canadian Football Hall of Fame on May 11, 1991. In 2011, Kimball was inducted into the Alberta Sports Hall of Fame. 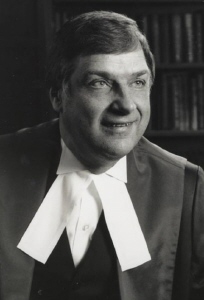 Joseph Julius Kryczka was a Canadian ice hockey administrator, coach and referee, and had a legal career as a lawyer and judge, where he was commonly known as "Justice Joe".

Jerri Duce, also known as Jerri Duce Phillips, is a 9-time Canadian Barrel Racing Champion. She was the first Canadian woman to qualify for the National Finals Rodeo (1975) in the United States and was the first woman inducted into the Canadian Pro Rodeo Hall of Fame (1997). She also performed as a trick rider and stunt rider. She was inducted into the Alberta Sports Hall of Fame in 2010 and runs a horseback riding school. 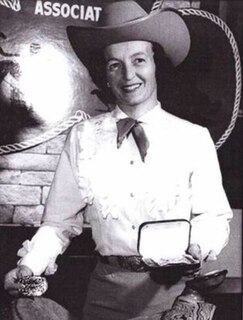 Gina McDougall was a U.S.-born Canadian sculptor, rancher and horse trainer. She was a 2-time Canadian barrel racing Champion in 1962 and 1963. The Calgary Stampede and Red Deer Silver Buckle Rodeo commissioned bronzes from her, and she has pieces in the private collections of Queen Elizabeth, Princess Margaret, and Randy Travis. She was inducted into the Calgary Stampede Western Art Show Hall of Fame in 2007 and the Canadian Pro Rodeo Hall of Fame in 2013.

Isabella Miller was a Canadian rodeo performer, rancher and horse trainer. She was the Canadian Barrel Racing Champion in 1960 and 1969 and was a 5-time winner of the Canadian All-Around women's title. She was inducted into the Canadian Pro Rodeo Hall of Fame in 2005.