Antenor de Veras Nascentes (1886–1972) was a Brazilian philologist, etymologist, and lexicographer. He wrote the first etymological dictionary of Brazil. [1] He also had an interest in dialect and experimental phonetics. [2] He did analysis of popular speech in Rio de Janeiro in 1922. [3] In 1962 he won the Prêmio Machado de Assis. [4]

Phonetics is a branch of linguistics that studies the sounds of human speech, or—in the case of sign languages—the equivalent aspects of sign. It is concerned with the physical properties of speech sounds or signs (phones): their physiological production, acoustic properties, auditory perception, and neurophysiological status. Phonology, on the other hand, is concerned with the abstract, grammatical characterization of systems of sounds or signs. 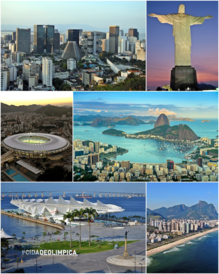 The Portuguese Empire, also known as the Portuguese Overseas or the Portuguese Colonial Empire, was one of the largest and longest-lived empires in world history. It existed for almost six centuries, from the capture of Ceuta in 1415, to the handover of Portuguese Macau to China in 1999. The empire began in the 15th century, and from the early 16th century it stretched across the globe, with bases in North and South America, Africa, and various regions of Asia and Oceania. The Portuguese Empire has been described as the first global empire in history, a description also given to the Spanish Empire.

Denis, called the Farmer King and the Poet King, was King of Portugal and the Algarve. The eldest son of Afonso III of Portugal by his second wife, Beatrice of Castile, and grandson of king Alfonso X of Castile, Denis succeeded his father in 1279. His marriage to Elizabeth of Aragon, who was later canonised as a saint of the Roman Catholic Church, was arranged in 1281 when she was 10 years old. 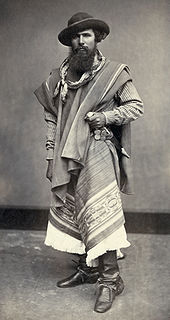 A gaucho or gaúcho is a skilled horseman, reputed to be brave and unruly. The gaucho is a national symbol in Argentina and Uruguay, but is also a strong culture in the far south region of Brazil. Gauchos became greatly admired and renowned in legends, folklore and literature and became an important part of their regional cultural tradition. Beginning late in the 19th century, after the heyday of the gauchos, they were celebrated by South American writers.

The House of Aviz known as the Joanine Dynasty was the second dynasty of the kings of Portugal. In 1385, the Interregnum of the 1383-1385 crisis ended when the Cortes of Coimbra proclaimed the Master of the monastic military Order of Aviz as King John I. John was the natural (illegitimate) son of King Peter I and Dona Teresa Lourenço, and so was half-brother to the last king of the Portuguese House of Burgundy or Afonsine Dynasty, Ferdinand I of Portugal. The House of Aviz continued to rule Portugal until Philip II of Spain inherited the Portuguese crown with the Portuguese succession crisis of 1580.

Luiz Roberto de Barros Mott or Luiz Mott, is a researcher and an anthropologist, a historian and one of the most notable gay civil rights activists in Brazil.

The Age of Discovery, or the Age of Exploration, is an informal and loosely defined term for the period in European history in which extensive overseas exploration emerged as a powerful factor in European culture and which was the beginning of globalization. It also marks the rise of the period of widespread adoption in Europe of colonialism and mercantilism as national policies. Many lands previously unknown to Europeans were discovered by them during this period, though most were already inhabited. From the perspective of many non-Europeans, the Age of Discovery marked the arrival of invaders from previously unknown continents. 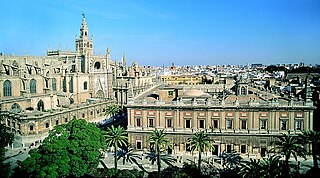 The Casa de Contratación or Casa de la Contratación de las Indias was established by the Crown of Castile, in 1503 in the port of Seville as a crown agency for the Spanish Empire. It functioned until 1790, when it was abolished in a government reorganization. Before the establishment of the Council of the Indies in 1524, the Casa de Contratación had broad powers over overseas matters, especially financial matters concerning trade and legal disputes arising from it. It also was responsible for the licensing of emigrants, training of pilots, creation of maps and charters, probate of estates of Spaniards dying overseas. Its official name was La Casa y Audiencia de Indias.

Alfredo da Rocha Viana, Jr., better known as Pixinguinha was a composer, arranger, flautist and saxophonist born in Rio de Janeiro. Pixinguinha is considered one of the greatest Brazilian composers of popular music, particularly within the genre of music known as choro. By integrating the music of the older choro composers of the 19th century with contemporary jazz-like harmonies, Afro-Brazilian rhythms, and sophisticated arrangements, he introduced choro to a new audience and helped to popularize it as a uniquely Brazilian genre. He was also one of the first Brazilian musicians and composers to take advantage of the new professional opportunities offered to musicians by the new technologies of radio broadcasting and studio recording. Pixinguinha composed dozens of choros, including some of the most well-known works in the genre such as "Carinhoso", "Glória", "Lamento" and "Um a Zero". 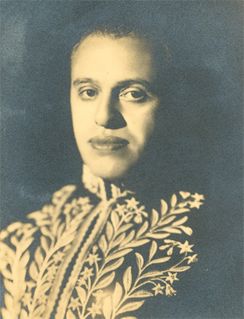 Dona Paula was a princess of the Empire of Brazil and thus, a member of the Brazilian branch of the Portuguese House of Braganza. Her parents were Emperor Dom Pedro I, the first ruler of an independent Brazil, and Archduchess Leopoldina of Austria. Born in Rio de Janeiro, Paula was the couple's third child; she lost her mother at the age of three and her father at the age of eight, when he abdicated and left Brazil for Portugal, where he wanted to restore the throne of Paula's eldest sister, Maria da Glória, who should have become queen regnant of Portugal.

The history of Lisbon, the capital city of Portugal, revolves around its strategic geographical position at the mouth of the Tagus, the longest river in the Iberian Peninsula. Its spacious and sheltered natural harbour made the city historically an important seaport for trade between the Mediterranean Sea and northern Europe. Lisbon has long enjoyed the commercial advantages of its proximity to southern and extreme western Europe, as well as to sub-Saharan Africa and the Americas, and today its waterfront is lined with miles of docks, wharfs, and drydock facilities that accommodate the largest oil tankers. 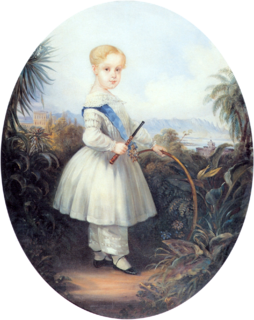 Dom Afonso was the Prince Imperial and heir apparent to the throne of the Empire of Brazil. Born in Rio de Janeiro, he was the eldest child of Emperor Dom Pedro II and Dona Teresa Cristina of the Two Sicilies, and thus a member of the Brazilian branch of the House of Braganza.

Slavery in Portugal occurred since before the country's formation. During the pre-independence period, inhabitants of the current Portuguese territory were often enslaved and enslaved others. After independence, during the existence of the Kingdom of Portugal, the country played a leading role in the Atlantic Slave Trade, which involved the mass trade and transportation of slaves from Africa and other parts of the world to the American continent. Slavery was abolished in Portugal in 1761 by the Marquês de Pombal. After the abolishment of slavery in Portugal, the Portuguese slave traders turned to clients in other countries where slavery was not yet abolished such as the United States of America. 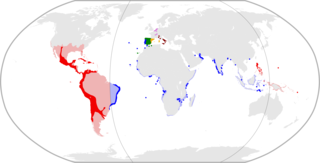