Arcadia Publishing is an American publisher of neighborhood, local, and regional history of the United States in pictorial form. [2] [3] [4] Arcadia Publishing also runs the History Press, which publishes text-driven books on American history and folklore.

It was founded in Dover, New Hampshire, in 1993 by United Kingdom-based Tempus Publishing, but became independent after being acquired by its CEO in 2004. The corporate office is in Mount Pleasant, South Carolina. [5]

It has a catalog of more than 12,000 titles, and it—along with its subsidiary, The History Press—publishes 900 new titles every year. [6]

Its formula for regional publishing is to use local writers or historians to write about their community using 180 to 240 black-and-white photographs with captions and introductory paragraphs in a 128 page book. [7] The Images of America series is the company's largest product line. Other series include Images of Rail, Images of Sports, Images of Baseball, Black America, Postcard History, Campus History, Corporate History, Legendary Locals, Images of Modern America, and Then & Now.

In 2010, Arcadia became the first major publisher to print all of their books on Forest Stewardship Council (FSC) paper. All of the publishers books are also printed and manufactured in South Carolina on American-made paper. [8]

In May 2017, Arcadia acquired Palmetto Publishing Group, a Charleston-based self-publishing service that had been in business since 2015. [1]

In 2018, Arcadia was acquired by Lezen, a new company owned by Lili and Michael Lynton. [9]

In March 2019, Walter Isaacson became the editor-at-large and senior adviser for Arcadia Publishing, where he will be promoting books for the company as well as editing, new strategy development, and partnerships. [10]

The History Press is a subsidiary publishing house, owned by Arcadia. Its books mainly deal with "narratives of local heroes, tragic losses, collections of homegrown recipes, historic mysteries, and everything in between." [11] Some of their series include: American Legends (a series focused on local mythology, legends, and mysteries), Forgotten Tales (a line of books that catalogue near-forgotten stories), and Haunted America (paranormal history books that are written by local authors about ghost stories specific to cities across the US). [12] [13] [14]

Legendary Locals is an imprint of The History Press. [16]

In May 2019, Pelican Publishing Company was officially purchased by Arcadia Publishing. [17]

The books are printed in the United States. It handles its own sales and distribution with the following each accounting for one-third of the company's sales:

Arnoldo Mondadori Editore is the biggest publishing company in Italy.

Hachette Books, formerly Hyperion Books, is a general-interest book imprint of the Perseus Books Group, which is a division of Hachette Book Group. Established in 1990, Hachette publishes general-interest fiction and non-fiction books for adults. A former subsidiary of The Walt Disney Company, it was originally named after Hyperion Avenue, the location of Walt Disney Studios prior to 1939.

Hachette Book Group (HBG) is a publishing company owned by Hachette Livre, the largest publishing company in France, and the third largest trade and educational publisher in the world. Hachette Livre is a wholly owned subsidiary of Lagardère Group. HBG was formed when Hachette Livre purchased the Time Warner Book Group from Time Warner on March 31, 2006. Its headquarters are located at 1290 Avenue of the Americas, Midtown Manhattan, New York City. Hachette is considered one of the big-five publishing companies, along with Holtzbrinck/Macmillan, Penguin Random House, HarperCollins, Scholastic, and Simon & Schuster. In one year, HBG publishes approximately 1400+ adult books, 300 books for young readers, and 450 audio book titles. In 2016, the company had 214 books on the New York Times bestseller list, 44 of which reached No. 1.

Pelican Publishing Company is a book publisher based in Gretna, a suburb of New Orleans. Formed in 1926, Pelican is the largest independent trade book publisher located in the U.S. South. Pelican publishes approximately 60 titles per year and maintains a backlist of over 2500 books. Most of its titles relate to Louisiana and Southern culture, cuisine, art, travel guides, history, children's books, and textbooks.

Sasquatch Books is an American book publishing company based in Seattle, Washington. It was founded in 1986 by David Brewster of the Seattle Weekly and primarily publishes nonfiction books about the western United States and Canada and cover topics such as nature, travel, gardening, entertainment, sports, food and wine. By 2003, it was publishing approximately 30 books per year and employed 18 people.

Princeton Architectural Press is a small press publisher that specializes in books on architecture, design, photography, landscape, and visual culture, with over 1,000 titles on its backlist. In 2013, it added a line of stationery products, including notebooks and notecards; the following year it began publishing children's books. 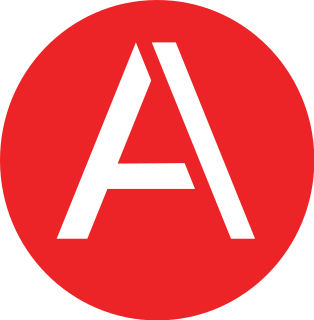 Sheed and Ward was a publishing house founded in London in 1926 by Catholic activists Frank Sheed and Maisie Ward. The head office was moved to New York in 1933. In 1973, Sheed and Ward was acquired by the Universal Press Syndicate; the company was used as the base of the publisher Andrews McMeel. The Sheed and Ward name and backlist were later divested. The company was owned by the National Catholic Reporter from 1986 to 1998, when it was sold to the Priests of the Sacred Heart. The United States assets were acquired by Rowman & Littlefield in 2002, and the United Kingdom assets by the Continuum International Publishing Group, which has since been subsumed into Bloomsbury Publishing.

Mango Publishing is an American book publisher founded in 2014.