Lynton was born to a Jewish family [5] in London on January 1, 1960. His parents, Marion (Sonnenberg) and Mark Lynton, were executives at Hunter Douglas in the Netherlands. [6] [7] His father, born Max-Otto Ludwig Loewenstein, was born in 1920 in Stuttgart, Germany, and moved to Berlin two years later when his father was named head of a major German car manufacturing company. He later enlisted in the British military, where he served for seven years and worked for the British Intelligence, interrogating German officers. [8] The family later moved to the United States and lived in Scarsdale, New York, for several years before moving to the Netherlands in 1969. [9] [10]

Lynton attended the International School of The Hague and transferred to Phillips Exeter Academy for his senior year, graduating in 1978. [11] [12] He received his BA in history and literature from Harvard College in 1982. [10] [13] After working in finance at Credit Suisse First Boston from 1982-1985, he enrolled in Harvard Business School with his sister Lili in 1985 and earned an MBA in 1987. [12] [14]

In 1987, Lynton joined The Walt Disney Company, where he started Disney Publishing. He subsequently served as president of Disney's Hollywood Pictures from 1992 to 1996. From 1996 to 2000, Lynton was chairman and chief executive officer of Pearson plc's Penguin Group, extending the Penguin brand to music and the Internet. [15] In 2000, he joined Time Warner as CEO of AOL Europe, president of AOL International, and president of Time Warner International. [16]

Under the leadership of Lynton and Sony Pictures co-chair Amy Pascal, SPE's Motion Pictures Group has been recognized by the Academy of Motion Picture Arts and Sciences, including Best Picture nominations for American Hustle , Captain Phillips , The Social Network , Moneyball and Zero Dark Thirty . [19] [20] [21] Lynton and Pascal have overseen blockbuster movie franchises such as The Amazing Spider-Man , Grown Ups , The Smurfs , and James Bond. [22] [23] [24] [25] Sony Pictures is one of two movie studios to generate more than $1 billion in annual domestic box office sales for more than a decade. [26] In 2012, the studio led the industry in market share and broke box office records with $4.4 billion in revenue worldwide. [27]

Lynton also oversaw Sony Pictures Television (SPT), which produces and distributes television programming for multiple platforms in the U.S. and around the world. [28] SPT's popular and award-winning programs in the U.S. include scripted series such as Breaking Bad , Justified , and The Blacklist , reality series like Shark Tank , The Sing-Off and Re-Modeled , as well as top-ranked game shows and daytime dramas including Wheel of Fortune , Jeopardy! , The Young and the Restless and Days of Our Lives . Launched in collaboration with Oprah Winfrey's Harpo Productions, SPT's The Dr. Oz Show is one of the most popular syndicated programs in America. The show's format has already been exported to 19 countries including Russia, Saudi Arabia, Armenia, Colombia, Chile, Brazil and China. [29] The studio's television channel network reaches approximately 800 million households globally through its 126 channel feeds in more than 150 countries. SPT also operates Crackle. [30]

In 2018, Lynton and his sister Lili started the publisher Lezen and acquired Arcadia Publishing. [37]

Lynton is a member of the Council on Foreign Relations [38] and the UK government's Film Policy Review group. [39] He also serves on the Board of Trustees of the Los Angeles County Museum of Art, [40] the Natural Resources Defense Council [41] and the American Film Institute, [42] as well as the boards of the USC School of Cinematic Arts, [43] the Rand Corporation, [44] IEX Group, [45] and Schrödinger, Inc. [46]

In May 2012, the Harvard Alumni Association elected Lynton to the Harvard Board of Overseers. [47] He joined the board of social media start-up Snapchat in June 2013. [48]

Lynton is married to Jamie Alter Lynton, whose mother was Chicago politician Joanne H. Alter and her brother is journalist Jonathan Alter. [49] 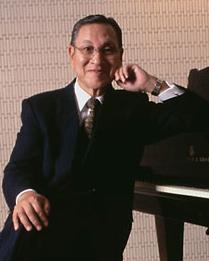 Norio Ohga, otherwise spelled Norio Oga, was the former president and chairman of Sony Corporation, credited with spurring the development of the compact disc as a commercially viable audio format. 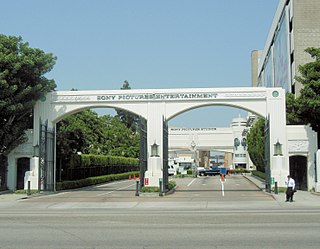 Sony Pictures Entertainment Inc. is an American entertainment company that produces, acquires, and distributes filmed entertainment through multiple platforms. Through an intermediate holding company called Sony Film Holding Inc., it is operated as a subsidiary of Sony Entertainment Inc., which is itself a subsidiary of the multinational technology and media conglomerate Sony Corporation. Based at the Sony Pictures Studios lot in Culver City, California, it encompasses Sony's motion picture, television production and distribution units. Its group sales in the fiscal year 2017 has been reported to be $9.133 billion.

Tom McGrath is an American media executive. He is the CEO and chairman of Crossroads Live, a production company which invests in live and location-based entertainment on a global scale. He was formerly the CEO of STX Entertainment; chairman of Key Brand Entertainment, a producer and distributor of live theatre in the United States and parent company of Broadway.com; President and COO of Act III Communications; Executive Vice President and COO of Viacom Entertainment Group; and Senior Managing Director of Crossroads Media, Inc. He is a seven-time Tony Award-winning producer, member of the National Recording Academy, and board member of the International Academy of Television Arts and Sciences. He also serves as trustee of New England Conservatory of Music and American Repertory Theater at Harvard.

The Smurfs is a 2011 American 3D live-action/computer-animated comedy film loosely based on the comics series of the same name created by the Belgian comics artist Peyo. It was directed by Raja Gosnell and stars Neil Patrick Harris, Jayma Mays, Sofía Vergara, and Hank Azaria, with the voices of Jonathan Winters, Katy Perry, George Lopez, Anton Yelchin, Fred Armisen, and Alan Cumming. It is the first live-action/animated film produced by Sony Pictures Animation, and the first of two live-action/animated Smurfs feature films. The film tells the story of the Smurfs as they get lost in New York, and try to find a way to get back home before Gargamel catches them.

Amy Beth Pascal is an American business executive and film producer. She served as the Chairperson of the Motion Pictures Group of Sony Pictures Entertainment (SPE) and Co-Chairperson of SPE, including Sony Pictures Television, from 2006 until 2015. She has overseen the production and distribution of many films and television programs, and was co-chairman during the late-2014 Sony Pictures hack.

On November 24, 2014, a hacker group which identified itself by the name "Guardians of Peace" leaked a release of confidential data from the film studio Sony Pictures. The data included personal information about Sony Pictures employees and their families, emails between employees, information about executive salaries at the company, copies of then-unreleased Sony films, plans for future Sony films, scripts for certain films, and other information. The perpetrators then employed a variant of the Shamoon wiper malware to erase Sony's computer infrastructure.

Anthony "Tony" Vinciquerra is a film executive who is the current Chairman and CEO of Sony Pictures Entertainment. In May, 2017, it was announced that Vinciquerra would be filling the role left vacant by Michael Lynton, after he announced his departure for Snap, Inc. Vinciquerra climbed through the ranks of television broadcasting ad sales, and led Fox Networks Group from 2001 to 2011. After spending time as an entertainment consultant and advisor at TPG Capital, L.P., Vinciquerra was hired by Sony Corporation CEO Kazuo Hirai. He is credited with reversing a downward trend of film box office performances, as well as strengthening the television division.

Kathryn Ann Busby is an American film executive who has been senior vice president of development at Sony Pictures Television Networks (SPT), and in January 2020 was named as executive vice president of TriStar Television, a division of SPT. Sometimes credited as Kathy Busby, she is also a film producer. She was elected chair of the board of directors of BAFTA Los Angeles as of 2019.

Jeff Shell is an American media executive who currently serves as the CEO for NBCUniversal.