International School of The Hague

The International School of The Hague (often abbreviated as ISH) is an international school located in the vicinity of Kijkduin, The Hague.

The school population consists of children and young people coming from many places of the world, aged 4 to 18. It became an IB World School in June 1985. The Primary School became the first school in the world to receive accreditation at 'Mastering' level from the International Primary Curriculum. It is a co-educational day school with boarding facilities available nearby. The school is located in a new building completed in 2006. The school also has use of sports fields in the vicinity. It is subsidised by the Ministry of Education, Culture and Science and subject to Ministry regulation.

After many years in its location at Theo Mann Bouwmeesterlaan 75, the ISH announced in 2002 that it would move to a new location, Wijndaelerduin 1, in Kijkduin. The relocation was completed in January 2007.

On April 21, 2007 Queen Beatrix of the Netherlands officially opened the new school building.

The school has a total student capacity of approximately 1500 people. It has a 350-seats auditorium inside the school. It also has two full sized, fully equipped gyms. There are two computer labs (each equipped with 30 iMacs), six equipped science labs as well as an expanded library. The school has a canteen, designed to fit 200-350 people. Also the school has expanded their capacity by including two-story portacabins which are equipped to the highest standards, with a beautiful view of the school's greenspace. There is also a car park just outside the school. Unfortunately the car park is not part of the school community. There is a car park for staff on the school campus who are privileged to do so, student parking is unavailable.

All lessons, apart from foreign language courses, are taught in English. The study of Dutch is compulsory for students except those in the IB Diploma Programme. The ISH supports mother tongue education, current provision including Dutch, French, German, Spanish, Italian, Portuguese and soon Romanian and Chinese.

For those students whose native language is other than English, or for those with little familiarity with the language, the ISH offers English support lessons in both “beginner” and “transition” levels. Crash courses in English for beginners are provided in the Learning Support Centre (LSC).

The ISH hosts its own annual Model United Nations conference, known as MUNISH. Hundreds of students from other schools (including the British School of the Netherlands, American School of The Hague and also the Rijnlands Lyceum Oegstgeest) attend. The ISH also contributes to THIMUN, the oldest and largest Model United Nations conference for high school (secondary) students in Europe and USA.

The English Schools Foundation (ESF) is an organisation that runs 22 educational institutions, all of which are international schools, in Hong Kong. It is the largest English-medium organisation of international schools in Hong Kong. It was founded in 1967 with the passage of the English Schools Foundation Ordinance, under which it is mandated to provide "without regard to race or religion, a modern liberal education through the medium of the English language".

The International School of Helsinki is an independent, co-educational, international school in Helsinki, Finland. It was founded as the British Preparatory School in 1963.

No be confused article by: Kyiv International School.

The Academia Británica Cuscatleca (ABC) is an established and highly regarded international bilingual school in El Salvador. It is a community of some 1300 students and is fully accredited by Council of International Schools (CIS), the International Baccalaureate Organisation (IBO), the International Primary Curriculum (IPC) and the Values-Based Trust for Education (VBFT).

Munich International School (MIS) is a private international school located in Starnberg, south of Munich, Germany. MIS teaches students from EC to grade 12. Students travel from an area around Munich to attend the school, with the help of a school bus network that reaches into the area around Munich, even all the way to Garmisch-Partenkirchen. The School is divided into three groups: Junior, Middle, and Senior School.

The Bavarian International School gAG (BIS) is an English-language International Baccalaureate-curriculum international school based in Haimhausen, a municipality in the district Dachau in Bavaria, Germany, just north of Munich. In 2016, a second campus in Munich-Schwabing (Leopoldstraße) was opened for primary students. The school currently has a combined enrolment of approximately 1200 students aged 3 to 18 from over 52 countries speaking more than 70 languages. The 2-campus-school is run by the non-profit association Bavarian International School gAG 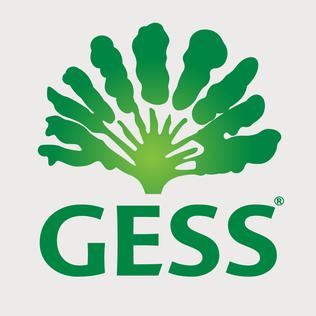 GESS is an international, multi-lingual, co-educational school in Singapore. GESS provides education to 1,750 students from more than 65 nationalities. The GESS philosophy of “Celebrate your roots, Discover your wings” forms the backbone of its approach to education as the school supports and nurtures its students to become balanced, responsible and informed world citizens.

Rome International School (RIS) is a private international school in Rome, Italy. The school offers an international education to children aged 2 to 18 years, from Nursery through to Grade 13. The language of instruction is English. RIS is an International Baccalaureate School offering the Primary Years Programme in the Elementary School and the IB Diploma Programme in the last two years of High School. Students in Grade 10 and 11 sit the IGCSE International General Certificate of Secondary Education, as administered by Cambridge University.

Berlin British School (BBS) is a private, international English-medium school for children aged 2 to 18, located in Charlottenburg, an affluent locality of Berlin, Germany.

Stichting The Rijnlands Lyceum Foundation is an educational foundation in the Netherlands encompassing eight different schools; three offering primary education and five offering secondary education. The Foundation, established in 1936, is based in Wassenaar, a suburb of The Hague.

The European School The Hague, or ESH, is an Accredited European School delivering multilingual Early Years, Primary and Secondary education in a dynamic, multicultural environment. Located in The Hague, Netherlands, ESH offers tuition in 13 European languages, leading to the European Baccalaureate.

The International School Augsburg (ISA) is an English-speaking private all-day school in Gersthofen, a town near Augsburg. As an “IB World School” the ISA belongs to a worldwide network of international co-educative schools which offer the International Baccalaureate in English. Established in 2005, the ISA is the only international school within an area of around 60 kilometres around Augsburg. In school year 2011/2012, 320 students were taught by 50 teachers from more than 15 nations.

Leipzig International School (LIS) is a non-profit co-educational day school for students from age 1 to age 18, in Leipzig, Germany, and was the first international school in central Germany, and is now the largest, with around 950 students from 70 countries. LIS employs over 190 staff members, from 20 different nationalities. The school's campuses are located in the districts of Plagwitz, and Schleußig. English is the language of instruction at LIS, meaning that all subjects, except for additional languages and German, are taught in English. Leipzig International School is led by David Smith.