It was founded as a construction business in the 1840s but switched to publishing in the 1920s. [4] It is the largest education company and was once the largest book publisher in the world. [5] [6] In 2013 Pearson merged its Penguin Books with German conglomerate Bertelsmann. In 2015 the company announced a change to focus solely on education. Pearson plc owns one of the GCSE examining boards for the UK, Edexcel. [7] Pearson has a primary listing on the London Stock Exchange and is a constituent of the FTSE 100 Index. It has a secondary listing on the New York Stock Exchange in the form of American depositary receipts.

The company was founded by Samuel Pearson in 1844 as a building and engineering concern operating in Yorkshire under the name S. Pearson & Son. [8] In 1880, control passed to his grandson Weetman Dickinson Pearson (later 1st Viscount Cowdray), an engineer, who in 1890 moved the business to London and turned it into one of the world's largest construction companies. [8] Another of its prominent engineers was Ernest William Moir who, after working for Pearson on tunnels in New York City, became the contractor's agent on construction of the Blackwall Tunnel under the River Thames in London between 1892 and 1897. [9] [10] [11] The company also built the Admiralty Harbour at Dover, the Halifax Dry Dock in Canada, the East River Railway Tunnels in New York City, the Mexican Grand Canal that drained Mexico City, the Tehuantepec Railway in Mexico, and railways and harbours around the world. [12] [13] In November 1915, the firm began construction of HM Factory, Gretna, the largest cordite factory in the UK during World War I. [4] In 1907 Weetman Pearson founded investment company Whitehall Securities Corporation Ltd which played an important role in the development of British airlines in the 1930s. [14]

The construction business was shut down in the 1920s. [15] Its final projects included construction of the Silent Valley Reservoir in Northern Ireland (contract awarded in 1923), [16] and completion of the Sennar Dam, in Sudan, in 1925. [17]

In 1919, the firm acquired a 45% stake in the London branch of merchant bankers Lazard Brothers, an interest which was increased to 80% in 1932 during the depression years. Pearson continued to hold a 50% stake until 1999. [18] In 1921, Pearson purchased a number of local daily and weekly newspapers in the United Kingdom, which it combined to form the Westminster Press group. [8]

The company was first listed on the London Stock Exchange in 1969. [8] It bought paperback publisher Penguin in 1970, [8] and in 1972, children's imprint Ladybird Books. It bought rival educational publisher Pitman Publishing in 1985. [19] In 1986, Pearson invested in the British Satellite Broadcasting consortium, which, a few years later merged with Sky TV to form a new company, British Sky Broadcasting (BSkyB). [20]

Pearson acquired Dorling Kindersley, the illustrated reference publisher and integrated it within Penguin, in March 2000 [30] and then acquired National Computer Systems (NCS) in September 2000 so entering the educational assessment and school management systems market in the United States. [31]

Pearson purchased a series of other testing and assessment businesses, including Knowledge Technologies in 2004, [35] AGS in 2005, [36] and National Evaluation Systems [37] and Promissor in 2006. [38] Pearson acquired National Evaluation Systems, a provider of customised state assessments for teacher certification in the US, in April 2006 [39] and announced that it had agreed to acquire Harcourt Assessment and Harcourt Education International from Reed Elsevier for $950m in cash in May 2007. [40] Pearson then completed the acquisition of Harcourt Assessment, merging the acquired businesses into Pearson Assessment & Information. [41] Pearson also acquired eCollege, a digital learning technology group for $477m in May 2007. [42]

In February 2008, Pearson announced the sale of its Pearson Data Management Division (formerly the scanner manufacturing and servicing division of NCS Inc.) to Scantron Corporation (part of M&F Worldwide) which had been its main competitor. [43]

Pearson acquired Wall Street English for $145m in 2009 [44] and bought the school learning systems division of Sistema Educacional Brasileiro (SEB) for $497m in 2010. [45] Also in 2010, Pearson sold its 61% stake in Interactive Data to investment funds managed by Silver Lake Partners and Warburg Pincus for $2 billion. [46]

In July 2011, Pearson announced the creation of Pearson College, a British degree provider based in London. [47] [48] Also in 2011, Pearson acquired Connections Education and agreed to sell its 50% stake in FTSE International Limited to the London Stock Exchange for £450 million. [49] In 2011, Pearson also increased its stake in TutorVista, such that it had a 76% stake, for $127 million. [50]

Pearson entered into talks with rival conglomerate Bertelsmann, over the possibility of combining their respective publishing companies, Penguin Group and Random House in October 2012. The houses are considered two of the "Big Six" publishing companies. [51] On 29 October 2012, Pearson said it would merge Penguin Books with Bertelsmann's Random House to create the world's biggest consumer book publisher. [52] Then in May 2012 Pearson announced its acquisition of GlobalEnglish Corporation, an American Business English software and solutions company, in an all-cash transaction. [53]

In May 2013, Pearson announced a new restructuring plan to invest in digital learning and emerging markets, after predicting weaker earnings. [54]

Pearson announced on 23 July 2015 that it had agreed to sell the FT Group, which includes business daily Financial Times , to Japanese media group Nikkei for £844 million, or $1.32 billion. The sale does not include FT Group's London property at One Southwark Bridge. [57] In August 2015, Pearson's sold its 50% stake in The Economist to the Agnelli family for £469 million [58] who previously held 4.7% of the group. [59] The remaining 50% of The Economist Group is owned by the Schroders, Cadburys and the Rothschilds. [59]

In November 2018 Pearson announced the launch of the Pearson Alumni Network. [66]

Pearson in Practice Technology, formerly Zenos IT Academy, was only part of Pearson in Practice and was an institute offering government-funded apprenticeships for learners aged 16 to 24, and paid learning for people outside those boundaries. It focuses on giving its candidates the ability to sit Microsoft exams after an intense learning program that lasts for 12 months. [71] Learners explored the full boundaries of computing, by looking at advanced server technology, internet knowledge, group policies and various other sections related to networks and computers. [72] According to an Ofsted report in 2012, the graduation rate for the Zenos organization was higher than the average college percentages, and lay at 90%. [73]

Pearson announced plans to exit Pearson in Practice on 7 January 2013, although learners already signed up will be supported until the end of their courses. [74] In February 2013 it was transferred to Vision Workforce Skills. [75] [76]

Pearson VUE is an electronic testing company, [77] [78] owned by Pearson PLC. Founded in 1994 by E. Clarke Porter as Virtual University Enterprises, the company now operates in 165 countries with more than 5,000 authorized test centers. [79]

Concerns exist around the amount of influence Pearson, being a commercial company, has on public education. [80] Other concerns are around tax avoidance, high value contracts, and in one instance, laying off teachers to offset the high costs of testing. [81] In 2017, more than six out of ten Pearson's shareholders voted against the chief executive's pay package of £1.5m after the company made a record loss. [82] Pearson US has been criticised for using offshore tax avoidance schemes involving a host of companies at a service address in Luxembourg. [83]

In the United Kingdom, Pearson owns Edexcel, an education and examination board. [84] Edexcel has produced qualifications which link to Pearson texts, although Edexcel also continues to endorse textbooks published by other companies. [33] Edexcel has also faced criticism over repeated leaks of exam material in consecutive years; police investigations into some of the incidents were referred to prosecutors. [85]

In June 2010, Pearson plc received notification that the Libyan Investment Authority (LIA) founded by Muammar Gaddafi's son Saif al-Islam Gaddafi as a sovereign fund, had acquired 24,431,000 shares within the company via Euroclear. On further investigation, Pearson said the LIA may have acquired an additional 2,141,179 shares, resulting in a total interest of 26,572,179 shares. At the time, this represented a major holding of 3.27% within the company and the investment was worth around £280 million. [86]

ITV plc is a British media company that holds 13 of the 15 regional television licences that make up the ITV network, the oldest and largest commercial terrestrial television network in the United Kingdom. 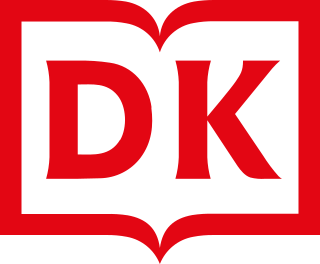 The Economist Group is a media company headquartered in London, England. It is best known as publisher of The Economist newspaper and its sister lifestyle magazine, 1843. The Economist Group specialises in international business and world affairs information. Its principal activities are in print and digital media as well as in conferences and market intelligence.

Acuris is a financial news and data firm known for its products fixed income research provider Debtwire and Mergermarket, a specialist in M&A intelligence. It is owned by ION Investment Group, a financial software and data business which owns Fidessa and Dealogic. ION Group bought the company from BC Partners, a private equity group, and GIC Private Limited, Singapore's sovereign wealth fund, in 2019.