BBC Radio 1Xtra (also known simply as 1Xtra) is a digital urban contemporary and black music radio station owned and operated by the BBC. [1] Launched at 6 PM on 16 August 2002, it had been code named Network X during the consultation period and is the sister station to BBC Radio 1. The station is broadcast from the 8th floor of Broadcasting House, shared with Radio 1 and the Asian Network.

As part of its public service broadcasting remit, 1Xtra is required to carry a significant amount of news, information and speech content. 1Xtra had its own news service, 1Xtra News (formerly known as 'TX'), which was operated as a subsidiary of Radio 1's Newsbeat operations. The tone and style of the news presentation is in keeping with the station's overall target audience - young and predominantly urban. [3]

Initially, in addition to regular hourly bulletins, TX had a flagship weekday two-hour news, features and discussion show under the title 'TX Unltd' (pronounced 'Unlimited'). [4] This show - initially broadcast in a 5 pm –7 pm slot - rated poorly, however, and was later absorbed into a mixed music-and-speech format (similar to that used by Jeremy Vine on Radio 2) which aired in mid-afternoon (2 pm –4 pm) and was named after its host, Max. [5]

In 2009, the BBC Trust agreed to a further change to the scheduling of news content on 1Xtra, such that it could use the same format successfully operated by Radio 1's Newsbeat: two 15-minute news bulletins, one in the middle of the day and another in the early evening, with other speech features, profiles and social/cultural specials being broadcast on an ad hoc basis within music-led shows, and with regular hourly news bulletins also continuing. The Trust required that 1Xtra's main bulletins not air at the same time as those on Radio 1. [6] When the new bulletins were introduced in late summer 2009, they aired at noon and 5 pm, with Radio 1's bulletins remaining at 12:45 pm and 5:45 pm.

As of Summer 2009 it was reported that Radio 1 and 1Xtra were carrying shared news bulletins at weekends; [7] weekday news output remained separate.

In the first quarter of 2011, 1Xtra was part of an efficiency review conducted by John Myers. [8] His role, according to Andrew Harrison, the chief executive of RadioCentre, was "to identify both areas of best practice and possible savings." [8]

In November 2017, reports signalled that the Roundhouse Rising concert series would partner with 1xtra. As part of the change, the BBC is to curate a free grime night in the venue’s Sackler Space. [9]

BBC Radio 1Xtra's typical audience is between 15 and 30 years old. [10] The upper age range is deliberately lower than sister station Radio 1 which is closer to 35.

According to the "Submission to the Secretary of State's review of digital channels" in March 2004, Radio 1Xtra "provides music output 24 hours a day, punctuated by bespoke BBC news bulletins and other speech output designed specifically to be pertinent to the audience."

Weekday evening shows begin with MistaJam helming a three-hour multi-genre show, followed by six hours of specialist output tailored to a particular genre (e.g. UK Garage, dancehall, etc.) Between October 2009 and spring 2010, the 4 am –6 am slot housed a replay of selected weekend specialist programming; this and the one-hour Morning Mix programme were dropped in spring 2010 and a new six-days-a-week 'early breakfast' show (4 am –7 am) hosted by Nick Bright was introduced. (The Saturday 4 am replay of Target's Friday night show was also axed, to make room for Bright's sixth show) This has now itself been replaced by a rerun of the previous week's overnight mix show from 4 am to 6 am, giving nine hours of specialist output.

Pirate FM, is an Independent Local Radio station owned and operated by Bauer Radio and based in Cornwall. The station forms part of the Hits Radio network, although its entire output and playlist is locally produced and takes no network programming.

Minster FM was a local radio station serving York and the surrounding areas such as Selby, Tadcaster, Thirsk, Northallerton and Goole. The station was folded into Greatest Hits Radio Yorkshire, as part of a rebrand, on 1 September 2020. It broadcast on 104.7 FM from the Acklam Wold transmitter, near Leavening, on the Yorkshire Wolds.

Heart South Wales is an regional radio station that broadcasts to South and West Wales from studios in Cardiff Bay. The station is owned and operated by Global Radio and forms part of the expanded Heart radio network of stations. 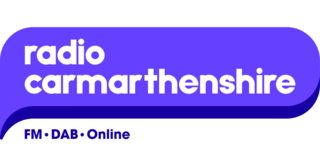 Capital Midlands is a regional radio station owned and operated by Global as part of the Capital network. It broadcasts to Birmingham, parts of the Black Country and the East Midlands from studios at Brindleyplace in Birmingham City Centre.

A timeline of notable events relating to BBC Radio News.

Capital Dance is a national digital radio station in the United Kingdom, owned and operated by Global and run as a spin-off from Capital. The station broadcasts from studios at Leicester Square in London alongside its siblings Capital and Capital Xtra. The station predominantly plays contemporary and current electronic dance music.