Tesco bought an 80% stake in the business in 2011 as part of a move into digital content. On 8 January 2015 the company sold blinkbox Movies to TalkTalk Group, who stated they intended to integrate the service into its own range of services. [2] Tesco sold blinkbox Music to Guvera on 26 January 2015, [3] and confirmed it would close its blinkbox Books division at the end of February 2015. [4] TalkTalk renamed the blinkbox Movies service in 2016. In May 2018 TalkTalk announced that they would close the service completely, with customers transferring to rival service Rakuten TV. [5] [6] [7]

The company was co-founded in 2006 by Michael Comish (he was blinkbox's chief executive officer until June 2013 when he became Tesco Group Digital Officer) [8] and Adrian Letts, chief operating officer of the blinkbox group of services and MD of the Movies and TV service, both former senior executives of Channel 4 and Vodafone respectively. blinkbox was launched in October 2007 with the backing of a number of venture capital firms.

On 20 April 2011, Tesco acquired an 80% stake in blinkbox from Eden Ventures and Nordic Venture Partners, intending to use the company to boost its digital entertainment offering. [9] The Movies and TV service has around one million users per month.

In December 2014, Tesco was reported to be in negotiations with TalkTalk Group over the sale of blinkbox Movies, after talks with Vodafone fell through. [10] The sale to TalkTalk was completed on 8 January 2015. [11] TalkTalk eventually acquired the service along with a number of broadband customers, who transferred to the TalkTalk network.

In May 2018 TalkTalk announced that they would close the service completely for off-network customers who did not take TalkTalk's own broadband service where the more fully featured TalkTalk TV service is provided. Customers are being transferred to rival DTO service Rakuten TV. [12] [13] [14]

In 2010 the company signed a deal with the Samsung Group allowing films to be streamed directly though any Internet@TV Samsung TVs. blinkbox also formed a content partnership with YouTube [15] allowing the site to carry blinkbox films on its new Movies section. The service was also the first in the UK to offer streaming film content through Sony's PlayStation 3, and Microsoft's Xbox 360 consoles. [15]

Rental content can be streamed directly to a Windows PC, Mac, Xbox 360, PlayStation 3 or Samsung Smart TV, and can be viewed any number of times within 48 hours. Buy-to-own content can be viewed without limit. The blinkbox app is built into all pre 2012 Samsung Smart TVs. Content is protected with Microsoft's Windows Media DRM digital rights management and requires Microsoft Silverlight to play. blinkbox cannot be used on Linux.

Historically blinkbox combined a free+pay model allowing users both to buy titles and also to watch free ad-supported titles. In December 2012 blinkbox stopped all ad-supported titles and shortly after launched www.clubcardtv.com, in which users with a Tesco Clubcard could watch titles free of charge, viewing advertisements targeted to them based on their buying habits.

On 28 October 2014, Tesco shut down the Clubcard TV service, stating that they were not getting the level of repeat usage that they had hoped for. [16]

In 2012, Tesco bought the online music streaming service WE7 and relaunched it in 2013 as blinkbox Music, aiming to compete with Spotify. [17] [18] blinkbox launched an ebook service, branded as blinkbox Books, in March 2014. [19] blinkbox Music was sold to Guvera on 26 January 2015. [3] After exclusive talks with Waterstones ended, Tesco also confirmed that blinkbox Books would close at the end of February 2015. [4] Customers' purchases were transferred to Kobo. [20] 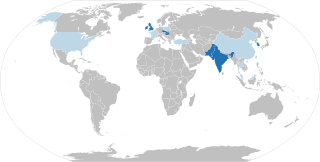 Tesco plc, trading as Tesco, is a British multinational groceries and general merchandise retailer headquartered in Welwyn Garden City, England. It is the third-largest retailer in the world measured by gross revenues and the ninth-largest in the world measured by revenues. It has shops in seven countries across Asia and Europe, and is the market leader of groceries in the UK, Ireland, Hungary and Thailand. 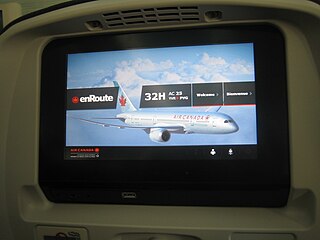 Video on Demand (VoD) is a media distribution system that allows users to access videos without a traditional video playback device and the constraints of a typical static broadcasting schedule. In the 20th century, broadcasting in the form of over-the-air programming was the most common form of media distribution. As Internet and IPTV technologies continued to develop in the 1990s, consumers began to gravitate towards non-traditional modes of content consumption, which culminated in the arrival of VoD on televisions and personal computers.

Streaming television is the digital distribution of television content, such as TV shows, as streaming media delivered over the Internet. Streaming TV stands in contrast to dedicated terrestrial television delivered by over-the-air aerial systems, cable television, and/or satellite television systems. The use of streaming online video and web television by consumers has seen a dramatic increase ever since the launch of online video platforms such as YouTube and Netflix.

Now TV is a subscription over-the-top internet television service operated by British satellite television provider Sky. Launched in the United Kingdom in 2012, the service is now also available in the Republic of Ireland, Italy, Germany, and arguably to some extent in Austria. The service was also available in Spain, marketed as Sky, between 2017 and 2020.

TalkTalk Telecom Group plc is a company which provides pay television, telecommunications, Internet access, and mobile network services to businesses and consumers in the United Kingdom. It was founded in 2003 as a subsidiary of Carphone Warehouse and was demerged as a standalone company in March 2010. Its headquarters are in Salford.

PictureBox is a video on demand film service offering a selection of films for a monthly subscription. It launched in 2006 and is available as a separate subscription through several Digital TV service providers in selected countries such as United Kingdom, Russia, Romania and Central and Latin America. PictureBox was the first only wholly owned SVOD operated by NBCUniversal.

Internet television in Australia is the digital distribution of movies and television content via the Internet. In Australia, internet television is provided by a number of generalist, subscription-based streaming service providers, in addition to several niche providers that focus on specific genres. Australia's five major free-to-air television networks also all offer catch up TV of previously broadcast content to watch via their webpages and apps, and a number of ISPs and other companies offer IPTV – the live streaming of television channels sourced from Australia and elsewhere.

Blinkbox Music was a free, advertising supported, music streaming service, with over 12 million tracks available for streaming in the UK and Ireland, with content from the music industry, and most independent labels and distributors.

A smart TV, also known as a connected TV (CTV), is a traditional television set with integrated Internet and interactive Web 2.0 features, which allows users to stream music and videos, browse the internet, and view photos. Smart TV is a technological convergence of computers, television sets, and set-top boxes. Besides the traditional functions of television sets and set-top boxes provided through traditional broadcasting media, these devices can provide Internet TV, online interactive media, over-the-top content (OTT) as well as on-demand streaming media, and home networking access.

Guvera was an online music and entertainment streaming service founded in 2008. Guvera has agreements with the music labels in the regions where the product was available, which allowed for legal free music streams. As of May 2017, Guvera has shut down all operations across all remaining Asian markets.

Acetrax was a video on demand company which was founded in the UK and Switzerland and incorporated as a Swiss company in Zürich in 2006. The company was later acquired by Sky, a British telecommunications company. The company provided over-the-top (OTT) content in Europe, for connected TVs. As of 2011, the company claimed to have their contents on TVs in 282 million households, in 48 countries.

Rakuten TV is a video-on-demand (VOD) streaming service, offering movies and TV series for subscription, rental and purchase. Rakuten TV's catalogue includes content from studios around the world including Warner Bros., Disney and Sony Pictures, local distributors, and independent labels, being the smallest and least known service among its competitors.

Xfinity Flex is an American over-the-top internet television service owned by Comcast. The service – which is structured as a virtual multichannel video programming distributor – is only available to Comcast Xfinity internet customers. It is designed as an alternative to other competing OTT skinny bundles for cord cutters, offering a selection of major cable channels and on-demand content that can be streamed through smart TVs, digital media players, and mobile apps.