Quest Red is a British free-to-air television channel in the United Kingdom broadcasting factual, lifestyle, crime and reality programming aimed at a female audience. The channel is operated by Discovery, Inc. and runs as a sibling to Discovery's established Freeview channel Quest, launched in 2009.

In mid-February 2017, shortly after the completion of an eleventh-hour carriage deal with Sky to retain a presence on the satellite platform for its current and future channels, Discovery Communications head David Zaslav told a corporate conference call that a second Freeview channel, to sit alongside Quest, would launch during 2017. [1]

The following day, more details of the channel were confirmed, including its name and branding (which will include a red version of the Quest 'Q' channel symbol), content (some of which will be shared with sibling channels such as ID and TLC), and launch date of 15 March. [2]

The station will be available as a free-to-air channel on the Freeview platform (and, by extension, to users of the BT and TalkTalk YouView platforms), and on the subscription satellite and cable platforms operated by Sky and Virgin Media UK and Republic of Ireland.

At launch, the channel was, like Quest, encrypted on satellite and thus not available on Freesat. Quest and Quest Red removed their encryption and began broadcasting free-to-air over satellite in June 2017, and were added to the Freesat guide early in July.

A full one-hour timeshifted variant of Quest Red was launched on the Sky platform in tandem with the launch of the principal channel. From 14 June 2017, Quest Red +1 was made available to Freeview users for three hours a day in the early morning, taking over the capacity vacated by the earlier relocation of Quest +1 to a different, longer slot. [3] On 28 November 2017, Quest Red +1 launched on Freesat.

Unlike Sky, Freeview & Freesat, Quest Red +1 is not on Virgin Media

Advance listings information indicated that the first programme screened on the channel would be an episode of Homes Under the Hammer . Ahead of broadcast, this was changed: Extreme Couponing , which had initially been due to follow HUtH in the schedule, was brought forward to 10 am, with HUtH following at 11 am.

A placeholder for Quest Red was made available on the Virgin Media platform early in the morning of 15 March, ahead of the channel's launch; the new channel was added to the Sky programme guide at approximately 10:45 am on launch day in Great Britain only, and to Freeview from noon. A number of other changes to services on the Freeview platform were made simultaneously with the addition of Quest Red, including a reduction in the broadcast hours of Quest +1, which also moved down the programme guide to release LCN 38 to Quest Red.

Men & Motors was a men's lifestyle television channel in the UK. It was the last remaining station operated by the former Granada Sky Broadcasting joint venture, set up by Granada Television and satellite broadcaster British Sky Broadcasting in 1996. Men & Motors closed on 1 April 2010 to make way for ITV HD on Freesat, Sky Digital and Virgin Media. 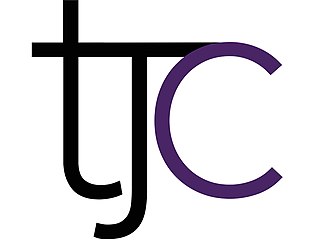 TJC is a British home shopping channel and online retailer specialising in jewellery, home, beauty, fashion, gemstones and other lifestyle accessories. It is one of the main TV shopping channels in the UK. The channel launched on 4 April 2006, and currently broadcasts 24 hours a day.

JML Direct TV is a generic name for a series of British shopping channels broadcasting on the Sky, Freesat and Freeview platforms, owned by JML Direct Limited. JML Direct TV originally launched on Sky channel 664, on 1 October 2002 as JML Direct. Due to various Sky EPG reshuffles, this original channel is located on channel 661 as of 2018.

Channel One was a British television channel owned and operated by Virgin Media Television and then Sky plc. The channel was launched on 1 October 2007 at 21:00 on Freeview, Virgin Media and Sky as Virgin1, replacing Ftn. The channel broadcast 24 hours on cable, satellite and Freeview; a one-hour timeshift, Channel One +1, broadcast on cable and satellite.

Great! Movies is a British free-to-air television channel that broadcasts across the UK and Ireland showing films and related content. The channel is transmitted on all the major broadcast platforms in the UK - terrestrial, satellite and cable. The channel is only broadcast in standard-definition.

Gems TV is a British reverse auction jewellery shopping channel, officially the first reverse auction in the UK. The channel is available on Sky, Virgin Media, Freesat, Freeview and online. The channel operations are based at Eagle Road Studios in Redditch, near Birmingham. As of 2013, the channel broadcasts live 24 hours a day. The business derives from Gems TV in Thailand.

Jewellery Maker is a British jewellery shopping channel that launched on 4 May 2010 and is a sister channel of Sewing Quarter. The presentation and format of the channel is similar to the crafting channel Create & Craft. Jewellery Maker is available on Freesat, Freeview, Sky, Virgin Media and online. The channel operations are based at Ivy House in Studley, Warwickshire. The channel broadcasts live from 8am to 10pm, and rebroadcasts the live shows during its downtime. The channel's website live streams all programming, as well as providing video tutorials and workshops. With a staff of over 100 people, the company is based in Studley, in the West Midlands.

QVC Beauty is a digital television shopping channel broadcast in the United Kingdom, specializing in beauty products. It is the sister channel to QVC. The channel launched on Tuesday 26 October 2010 and is available on Freeview, Sky, Freesat and online.

Spotlight TV is a British music television channel available on Sky and Freesat.