Last updated May 20, 2021
Not to be confused with Discovery Toys, a company unrelated to Discovery, Inc..

Discovery Kids is a brand name owned by Discovery, Inc. Starting as a television segment within the Discovery Channel, which aired shows such as Mystery Hunters , the brand was expanded as a separate television channel. The brand was expanded into different areas since then. Most of the channels worldwide were either rebranded or shut down, but the brand still exists as the website for children's activities and as the consumer products aimed at children.

Nickelodeon is an American pay television channel which was first tested on December 1, 1977, until it eventually launched on April 1, 1979 as the first cable channel for children. It is owned by ViacomCBS through its domestic networks division and is based in New York City. The network's programming is primarily aimed at children aged 2–17, while some of its program blocks target a broader family audience.

WGBH-TV, virtual channel 2, branded on-air as GBH or GBH 2 since 2020, is the primary Public Broadcasting Service (PBS) member television station licensed to Boston, Massachusetts, United States. It is the flagship property of the WGBH Educational Foundation, which also owns Boston's secondary PBS member WGBX-TV and Springfield, Massachusetts PBS member WGBY-TV, Class A Biz TV affiliate WFXZ-CD and public radio stations WGBH and WCRB in the Boston area, and WCAI radio on Cape Cod. WGBH-TV also effectively, but unofficially serves as one of three flagship stations of PBS, along with WNET in New York City and WETA-TV in Washington, D.C. 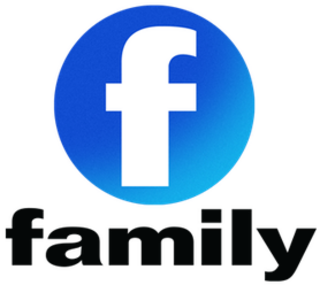 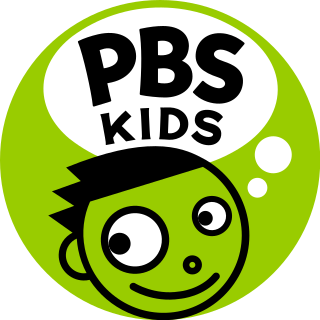 Discovery Kids on NBC is a former American children's programming block that aired on NBC from October 5, 2002, to September 2, 2006. The block was produced under a time-lease agreement with Discovery Kids, and features a mixture of live-action and animated series originated on the cable network that met educational programming requirements defined by the Federal Communications Commission.

Qubo was an American entertainment brand for children between the ages of 5 and 14. Owned by the E. W. Scripps Company, it consisted of a 24-hour free-to-air television network alternatively known as "Qubo Channel", a video on demand service, and a weekly programming block on Ion Television and Ion Plus. Nickelodeon is a Canadian English language specialty channel based on the U.S. cable network of the same name owned by Corus Entertainment under a brand licensing agreement with ViacomCBS.

The broadcast of children's programming by terrestrial television stations in the United States is regulated by the Federal Communications Commission (FCC), under regulations colloquially referred to as the Children's Television Act (CTA), the E/I rules, or the Kid Vid rules. Since 1997, all full-power and Class A low-power television stations have been required to broadcast at least three hours per-week of programs that are specifically designed to meet the educational and informative (E/I) needs of children aged 16 and younger. There are also regulations on advertising in broadcast and cable television programming targeting children 12 and younger, including limits on ad time, and prohibitions on advertising of products related to the program currently airing.